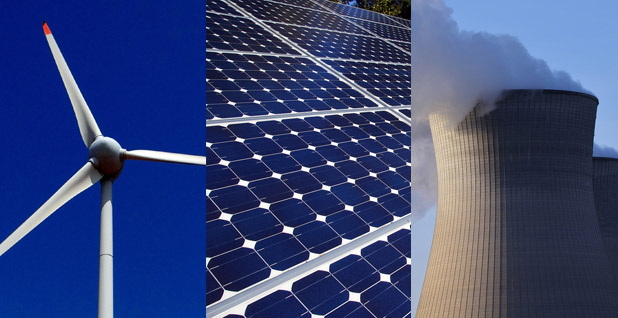 A new study reports that health and climate benefits from an 80% clean energy standard would exceed costs. Pixabay/Pexels. Smallman12q/Wikipedia. ulleo/Pexels.

A national clean electricity standard would save thousands of lives and yield other health and climate benefits that would outweigh the policy’s costs, according to a first-of-its-kind study.

Meeting the 2030 goal would cost $342 billion through 2050, according to the study, which was led by researchers at Syracuse and Harvard University and backed by several other institutions, including the nonprofit group Resources for the Future. That’s compared to nearly $1.8 trillion in total benefits, it said.

Although the report comes as the administration pushes for a national standard that could be enacted through the budget reconciliation process, research for it kicked off two years ago, said Kathy Fallon Lambert, a senior adviser at the Center for Climate, Health and the Global Environment at the Harvard T.H. Chan School of Public Health. In addition to measuring the health and climate benefits of their model CES, the team studied seven other potential power sector policies, including cap-and-trade proposals, carbon pricing schemes and an enhanced version of the Obama-era Clean Power Plan.

It concluded that the 80% CES — mirroring Biden’s plan — would yield the greatest benefits, said Lambert, a co-author on the study. By reducing particulate matter and ground-level ozone from fossil fuel-producing facilities, the policy would enhance air quality and prevent deaths nationwide.

"Any policy with very large emissions reductions has double benefits: You have a more stable climate and cleaner air, and that leads to healthier communities," Lambert said.

The researchers used peer-reviewed, "regulatory-grade" data — also used by EPA — to assess how a CES would affect CO2 and other air pollutants from power plants, she said. They then drew from another EPA dataset to estimate how the pollution reductions could affect asthma attacks and other health problems.

Although every state would see public health benefits, an 80% CES would help Ohio avoid 771 premature deaths in the year 2030, more than anywhere else, according to the analysis. In Texas, 737 deaths would be avoided the same year.

Benefits to a reconciliation bill?

The special budget process that congressional Democrats are eyeing as a pathway to enact a national standard could produce a better policy for ratepayers, the report concluded.

Bills passed through reconciliation only require a simple majority of votes in the Senate, but they must relate to spending, taxation or the federal debt limit.

The CES model used in the report is similar to proposals from members of Congress that would be pushed through budget reconciliation, according to the study.

"The CES-like policies being discussed that might pass under budget reconciliation are different from a regular-order CES, in that they are designed around the federal government providing payments to utilities to incentivize them to bring more clean electricity online, instead of just imposing a requirement that they do so," Kevin Rennert, a fellow at Resources for the Future who was not involved in the study, said in an email.

A CES might not be allowed through budget reconciliation under the Senate’s complex rules, and critics of that approach — Sen. Joe Manchin (D-W.Va.) among them — have called for a bipartisan solution instead to help bridge the political divide. Opponents of the policy itself have also questioned whether a rapid phaseout of carbon-emitting generators is feasible without increasing electric rates or compromising grid reliability.

Even so, the study suggested that a CES policy that did pass through reconciliation could lower electric bills for consumers. That’s because it would necessitate government payments, which could be used to keep wholesale electricity prices "at or below" today’s levels while utilities ramped up carbon-free power, the report said.

"If the CES were adopted through budget reconciliation, the costs of this transition to clean energy would shift to the government and electricity rates would likely fall," the study concluded.

Some features of the researchers’ CES model are controversial in the Democratic Party’s left flank. For example, the model would allow for a partial clean energy credit for natural gas plants tied to emissions rates until 2040, an idea that has been floated in Congress and that some environmentalists oppose. The policy would also permit utilities to deploy carbon capture and storage (CCS) technologies at power plants, rather than mandate that all fossil fuel plants shut down.

Nonetheless, a partial credit for gas would produce more significant health benefits by 2030 relative to alternative proposals, since it would spur faster retirement for coal-fired power plants, the report said. And while some natural gas plants might opt to install carbon capture technologies with a partial crediting system, it would typically be more economical for coal plants to shut down rather than keep running with CCS in place, Lambert said.

"As a result, it generates very large health benefits, because that’s where the reductions in sulfur dioxide and mercury come from," she said.

Leah Stokes, an associate professor in political science at the University of California, Santa Barbara, who has researched the benefits of a clean electricity standard and was not involved in the new Clean Energy Futures study, said the research "makes explicit" the need for the policy.

"Failure to pass a CES this year should be seen as a choice by policymakers to turn down $1.8 trillion in public health and climate benefits, including hundreds of thousands of avoided premature deaths across the country," Stokes said in an email. "The study confirms that a CES is not only a linchpin of a strong federal climate strategy, it is also achievable with benefits that exceed the costs at least five times over."