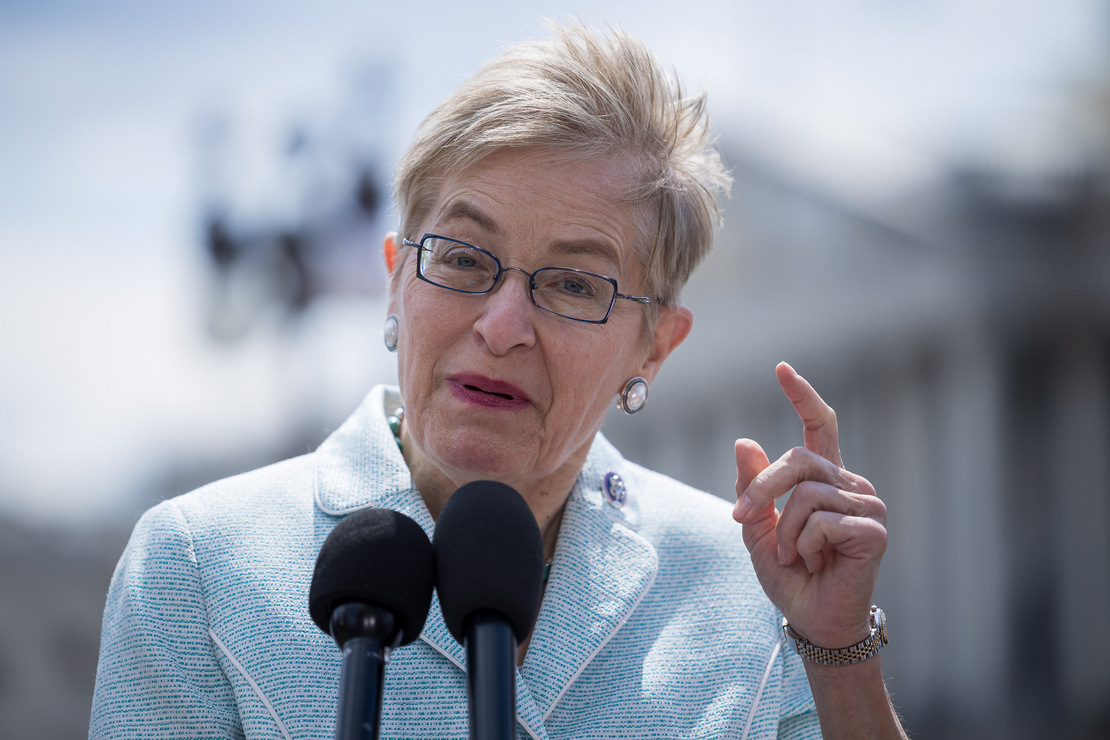 New to the discussion is a $100 million so-called Defense Production Act Domestic Clean Energy Accelerator, a new program at DOE meant to follow through on the promises made by the White House earlier this month to fund domestic manufacturing of renewable energy technologies.

Democrats have weathered sustained criticism over rising energy prices. High gasoline prices and rising utility-sector costs have hit voters hard, due in part to the Russian invasion of Ukraine and post-pandemic economic recovery.

The bill attempts to respond to those concerns. Much of the new spending would go to DOE and its clean energy programs, which would see a $3.3 billion increase compared to fiscal 2022-enacted numbers and equal to the Biden administration’s request.

“Americans are living paycheck-to-paycheck, struggling to pay their energy bills,” Appropriations Chair Rosa DeLauro (D-Conn.) said in a statement, adding that the spending bill “meets so many of our most pressing energy, water infrastructure, and climate challenges while helping to lower energy costs.”

DOE’s Office of Energy Efficiency and Renewable Energy would see one of the largest increases under the bill at $4 billion in fiscal 2023 — a hike of approximately $800 million from fiscal 2022 and about even with the administration’s request.

The Advanced Research Projects Agency-Energy would see another round of record funding under the proposal at $550 million — $100 million more than current levels but short of the $700 million proposed by the administration.

Appropriators, however, beat the Biden request for the Office of Science by setting aside $8 billion, an increase of $525 million compared to the current funding and $200 million more than the White House budget. The funding comes as Congress continues to negotiate an innovation package that would boost annual authorization levels for the program to bolster the program with new funding.

DOE’s loan office has taken on renewed vigor under the Biden administration as officials have already launched a series of loans to companies building out hydrogen and critical mineral processing infrastructure. More awards are expected over the next few years for other clean energy projects.

The bill sets aside $10 million for DOE nuclear waste activities, a decrease compared to the $27 million given to the department in fiscal 2022. DOE has been stuck on how to advance a new strategy on nuclear waste disposal as the agency looks for post-Yucca Mountain alternatives.

The Army Corps of Engineers, meanwhile, would see a boost under the House spending plan compared to both current funding levels and the administration’s fiscal 2023 request.

House appropriators included about $8.9 billion for the agency for fiscal 2023, an increase of $545 million from the current fiscal year and $2.3 billion above Biden’s budget ask for the agency (E&E Daily, April 7).

The president’s proposed fiscal 2023 budget included $6.6 billion for the corps — supplemented with money from the infrastructure package and disaster relief — with the administration emphasizing the agency’s job of protecting vulnerable coastlines from sea-level rise and damaging storms (E&E Daily, April 1).

The House plan includes $160 million for Army Corps investigations, as well as $2.475 billion for construction of river and harbor, flood and storm damage reduction; shore protection; and restoration projects, and $5 billion for operation and maintenance.

The bill also includes $213 million for work tied to the agency’s oversight of navigable waters and wetlands, or “waters of the U.S.,” also known as WOTUS. The corps is currently working with EPA to hammer out a final definition of what waters fall under federal jurisdiction, an issue that’s also before the Supreme Court (Greenwire, April 12).