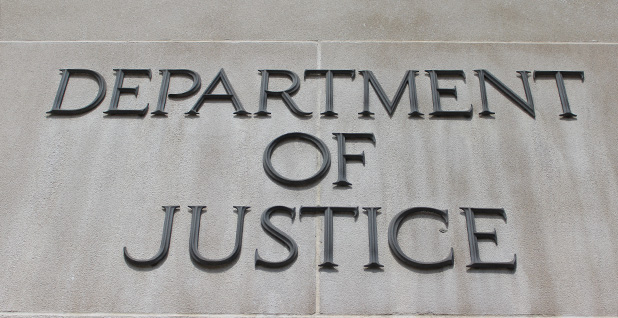 DOJ raised concerns not only about the suits and proposed settlement agreements, which include unusual payments to the plaintiffs, but also about the volume of Clean Water Act litigation that Brodsky & Smith has brought in the past two years.

"The United States has not identified any firm, solo practitioner, or organization having filed a similar volume of citizen suit actions in a similar timeframe over the 41-year history of CWA citizen suit litigation," the department said.

DOJ asked the U.S. District Court for the Central District of California, where the three suits were filed, to require the firm to justify proposed settlement agreements and attorneys’ fees.

"I never saw anything like this during my time at EPA," said Mark Ryan, an attorney who spent 24 years at the agency as a Clean Water Act litigator.

The law’s citizen suit provision provides a mechanism for citizens and environmental groups to bring litigation against both private parties and EPA. It allows the public to play the role of "private attorney general" to enforce water standards, said Daniel Estrin, general counsel at the Waterkeeper Alliance.

"Citizen suits are an extremely important tool that Congress gave to the public, I think, out of recognition that the government would not always do its job," Estrin said. "There are many different reasons why that may be the case, whether it’s lack of resources or lack of political will."

"Anything that’s in certain industrial categories, if you have rainfall on your site, and it’s being collected anywhere, and it ends up going in a stream somewhere, you need coverage under a permit," Coplan said.

"It ends up affecting a lot of small businesses that may not know they needed the permit in the first place, or may not have a compliance officer," he said.

At issue in DOJ court filings: lawsuits that Brodsky & Smith brought on behalf of California citizens against three small businesses over stormwater.

The lawsuits in question are:

All three lawsuits alleged the same thing: that the company has been "discharging and continues to discharge polluted stormwater from the facility in violation of the express terms and conditions of Sections 301 and 402 of the Clean Water Act," as well as in violation of California’s general industrial stormwater permits.

The three companies, according to the lawsuits, engage in an outdoor operation where pollutants are exposed to rainfall.

In each case, Brodsky & Smith sought a declaratory judgment, injunctive relief, civil penalties and the award of costs, including fees for attorneys and expert witnesses. There are pending consent agreements in each case.

DOJ last week complained that the explanations of the alleged violations in the complaints were vague and identified multiple problems with the proposed agreements.

The department said that the agreements have weak enforcement mechanisms, create confusion about permit requirements and identify environmental projects that have no nexus to the alleged violations.

The government also raised concerns that the firm had filed to justify attorneys’ fees, costs and other payments. Under the agreements, the plaintiffs would receive a total of $20,000, while Brodsky & Smith would collect $170,500.

"In correspondence with Brodsky & Smith, counsel attempted to explain how these settlement agreements provided some environmental benefit for underlying CWA violations," DOJ said. "The United States does not find those explanations to be sufficient."

According to DOJ, Brodsky & Smith has filed 158 notices of violation against companies since June 2016. Most have been resolved outside of court. In the past two years, the firm has made nearly $700,000 in Clean Water Act-related attorneys’ fees, DOJ said.

"The practice of initiating and settling a large volume of CWA citizen suits appears a novel innovation," the department said. "The United States is thus concerned that these lawsuits may not be well founded and may be contrary to the expressed intent of Congress regarding the CWA’s citizen suit provision."

By passing the Clean Water Act’s citizen suit provision in the 1970s, Congress created a role for DOJ to keep an eye on lawsuits and settlements.

Under the Clean Water Act, litigants are required to submit their 60-day notices of violation to the government. After they settle a complaint, they are required to send a copy of the consent decree to the Justice Department for review.

DOJ has in the past objected to Clean Water Act settlements. In the early days of the citizen suit provision, the department would object to settlements that didn’t include penalties going to the Treasury, Koplan said.

The government, for example, filed a formal objection to a proposed consent decree in a 1990 lawsuit brought by the Sierra Club against an Oregon circuit-board manufacturing plant because it didn’t include a requirement that payments go to the Treasury.

But a more common DOJ response to a Clean Water Act citizen suit is a letter, such as one that the department submitted to the U.S. District Court for the Northern District of California in 2016 in litigation that the California Sportfishing Protection Alliance brought over stormwater runoff at a lumber yard in Cloverdale, Calif.

DOJ notified the court that the government had no objection to a proposed settlement between the alliance and the defendant, Pacific States Industries Inc. The settlement included $50,000 for an environmental project to improve water quality.

DOJ spokesman Wyn Hornbuckle said the department each year typically files variations of the letter dozens of times in courts around the country.

The government, though, doesn’t always acknowledge receiving a notice from a suing party. Ryan said that in practice, it’s hard for DOJ to look closely at all the notices of violation it receives.

According to a study Ryan did last fall based on DOJ data, 567 complaints were filed under the Clean Water Act citizen suit provision between 2010 and 2016.

"Ninety-five percent of the time, we just read them and tossed them in the trash because we didn’t have the resources to get involved," Ryan said. "But occasionally, we would look at one and go, ‘Hmmm, this one is not really in the public interest.’"

He added, "There are a few firms out there that are kind of ambulance chasers, frankly. I mean, most of them are not. But there are a few."

That includes payments to plaintiffs in lieu of penalties paid to the Treasury and failure to include injunctive relief, such as a requirement that a facility obtain a lacking permit or a supplemental environmental project.

"Plaintiffs should not be enriching themselves through citizen suits," Koplan said. "The idea is that the citizen suit is brought to enforce environmental values should be settled where any payments that don’t go back to the Treasury should go toward environmental projects."

"It’s not unusual for a public-interest law firm to investigate a large number of potential violators and send out notice letters and then resolve which ones are actually in compliance," he said.

On its website, Brodsky & Smith says it wants to reduce stormwater runoff.

"Through citizen suits, our clients seek injunctive relief and penalties from companies that discharge pollutants into the nation’s waterways," the website says.

Evan Smith, a founding member at Brodsky & Smith and the lead attorney on the three lawsuits, declined to discuss the specific cases or answer questions about the firm’s broader Clean Water Act citizen suit practice.

"While we are not able to comment on ongoing litigation, we obviously disagree with the Department of Justice’s position and intend to file a responsive pleading at the appropriate time," Smith wrote in an email to E&E News.

"I have rarely seen any situation where it looks to me like someone is making a regular practice out of abusing this process," he said. "I think the systems that have been set up make it very difficult to do that, and I think anyone who thinks they’re going to make a living doing that will quickly realize that they’ve made a bad decision, because you’re not going to get away with that for very long."

Estrin’s group and its local affiliates often file citizen suits, including ones that allege violations of stormwater runoff.

"We certainly would not want there to be a general perception that citizen suits are being misused or cases are being brought frivolously in order to essentially make money without any real environmental benefit," he said.