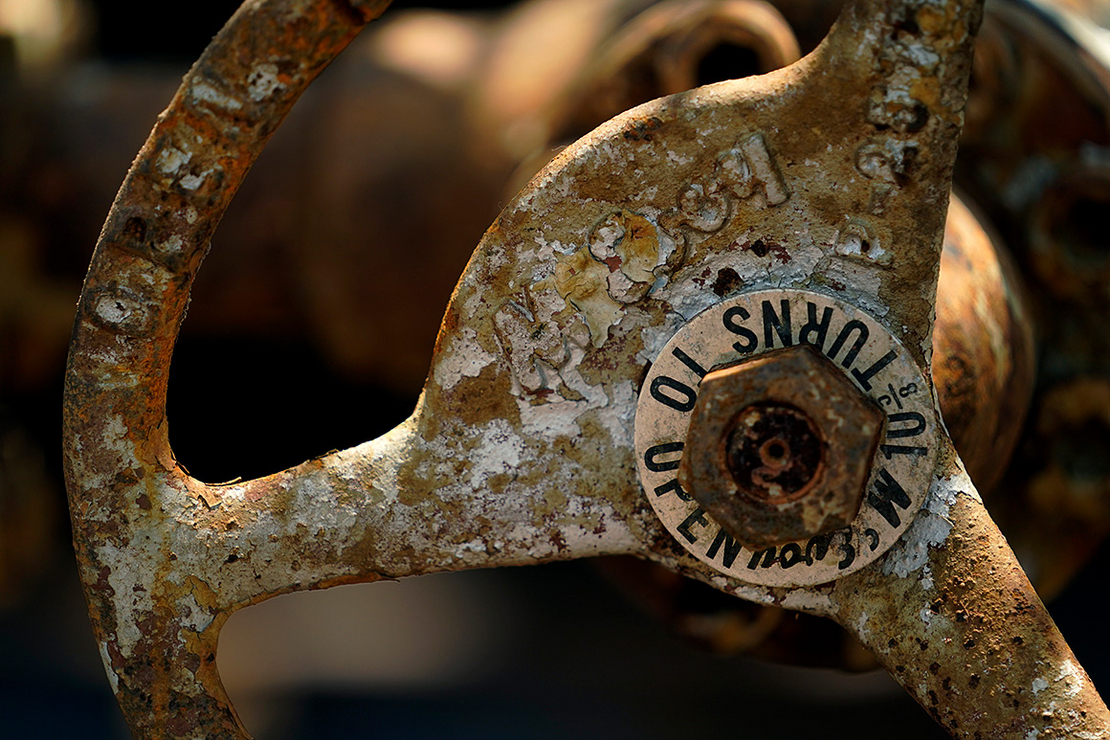 An equipment valve handle is seen at an abandoned oil site on a ranch near Refugio, Texas, in this May 18 photo. AP Photo/Eric Gay

The wave of bankruptcies that hit the oil industry is exacerbating the environmental fallout from Hurricane Ida, according to Louisiana officials.

There are 446 orphan wells in areas hit by the storm that are under state jurisdiction, according to the Louisiana Department of Natural Resources. Of those, more than a third were left behind by companies that went bankrupt since 2016, based on an E&E News analysis.

State officials still haven’t been able to reach all the sites to inspect them for leaks and damage since Ida struck the New Orleans area as a Category 4 storm on Aug. 29 — and it’s likely that at least some of them are leaking, according to the Louisiana Oil Spill Coordinator’s Office (LOSCO).

The problem highlights how climate change and the oil industry’s economic woes are compounding the environmental problems in vulnerable areas like Louisiana. Hurricanes are becoming stronger, which in turn can cause more damage to the state’s abandoned oil and gas wells.

Orphan wells are sites that have been abandoned by their previous owners, which typically leave state or federal agencies in charge of cleaning them up. Unless they’re properly plugged, they can pollute the air, surface and aquifers with crude oil, gas, salt water or other waste products.

Researchers have said there are as many as 3 million orphan wells across the U.S., and they’re a source of climate-warming emissions including methane, the main component in natural gas (Energywire, May 20, 2019).

State oil and gas regulators have been warning for years that the oil industry’s bankruptcy crisis would leave them responsible for a wave of orphan wells. Oil prices dipped from 2014 to 2016, then plummeted when the pandemic hit in 2020 before rebounding this year as economic activity picked back up. At least 266 producers have become insolvent in the last six years, according to the law firm Haynes & Boone LLP.

The results were clear in Louisiana. The state had about 2,900 orphan wells awaiting cleanup for several years, but bankruptcies were one of the main factors that pushed the number to roughly 4,500, Courreges said.

The DNR estimates that 446 of the abandoned wells are in 17 parishes that were hit by Ida when it struck the coast last month. At least 160 of those wells were previously operated by companies that have gone bankrupt since the last few months of 2016, according to public records and news reports.

The storm brought 150-mph wind and a storm surge as high as 9 feet, touched off hundreds of oil spills and caused widespread damage to the state’s refining and petrochemical industries.

The total amount of oil and chemical leaks is still being counted, but it’s likely to be lower than the total from Hurricane Katrina in 2005, according to the state Department of Environmental Quality.

Still, LOSCO is tracking 63 oil spills on state land and in state waters, Sam Jones, the agency’s head, said in an interview. LOSCO’s staff hasn’t visited all the sites because of power outages and storm damage in some of the remote areas, but Jones said he “suspect[s] some of those may wind up being orphan wells."

There are state and federal proposals that would clean up the old wells faster, but critics point out that Louisiana will have a hard time because its regulations lag other states.

In the 1970s, oil patch states started imposing fees on the industry to pay for orphan well plugging. Many states also required producers to post cleanup programs or other financial assurance.

Louisiana didn’t create a well-plugging program until the 1990s, and it didn’t require financial assurance until 2000. The DNR increased its financial requirements in 2015 so that they’d cover the full cost of plugging wells, only to see them partially rolled back by the Republican-controlled state Legislature in 2016, according to a report from the state auditor’s office.

It’s hard for any state to address problems left when an oil company goes bankrupt, said Rob Schuwerk, an attorney with Carbon Tracker who has researched orphan wells.

Bankruptcy courts put a priority on paying off a company’s debts; environmental liabilities like well-plugging costs are often not even considered in the process or are relegated to the second tier of creditors, known as unsecured debtors, who generally get pennies on the dollar.

Once a well’s owner goes bankrupt, Louisiana and many other states can’t collect funds from the well’s previous operators.

The state could tighten the financial safeguards it requires of oil operators and dedicate more funds to well plugging, according to a draft of the plan. Other ideas include changing state rules, so that oil wells have to be plugged more quickly after they stop producing, or redefining a well’s "responsible party" so the state could collect plugging funds from previous owners.

Schuwerk and others have argued that the federal government needs to step in, both providing plugging funds and requiring states to pass tougher regulations, including higher bond amounts.

“They need to say, ‘Here’s some money, but you guys need to help yourselves out,’” he said.

Instead, the U.S. needs a dedicated agency to tackle orphan wells, similar to the Depression-era Rural Electrification Administration, according to Biven. The agency would help clear the coastline of aging oil and gas infrastructure, making way for wind power, and it would provide jobs for trained oil and gas workers who are seeing their industry decline.

“For me it’s recognition that we have a lot of work,” she said. “We need a comprehensive national plan to do that.”