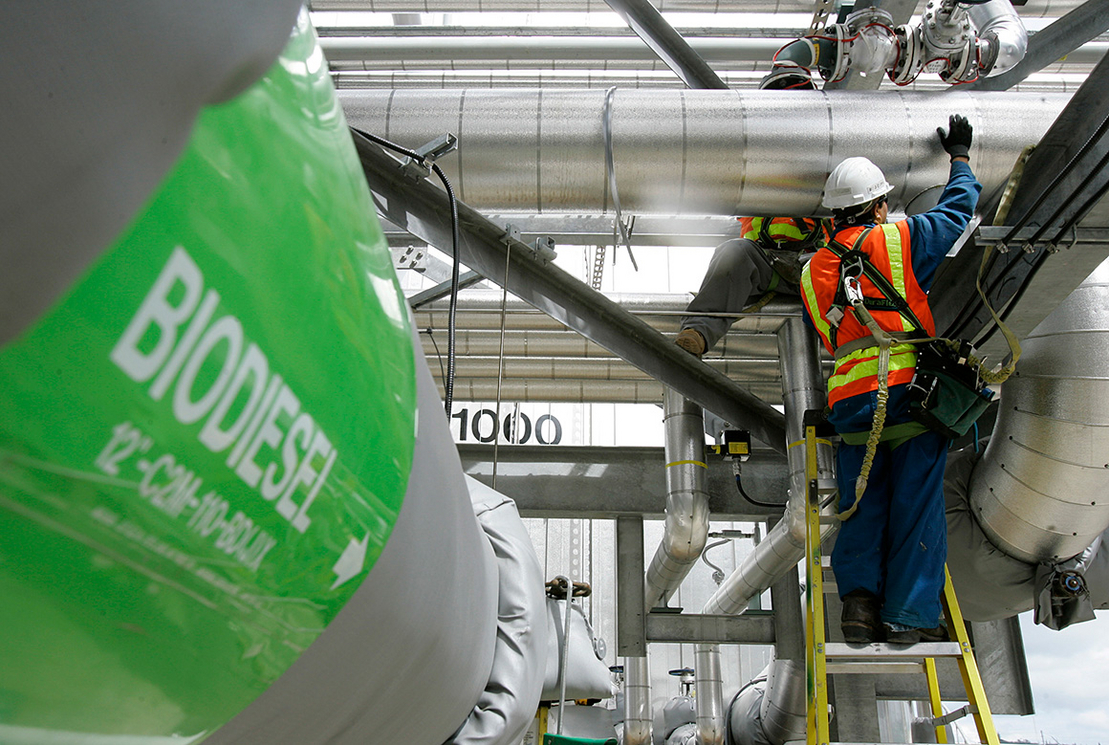 Thirteen years ago, Congress decided a tax credit for companies that blend biodiesel shouldn’t go to refineries that put just a drop of the alternative fuel’s main ingredient — crops, animal fat and other organic material — into petroleum.

The idea, lawmakers said, was to use the tax credit to spur development of new biofuel plants, not to subsidize petroleum plants that were already running. Congress overruled guidance from the IRS to reach that conclusion in 2008.

Now, a similar debate is brewing as the Senate takes up the Democrats’ climate and social spending bill, the "Build Back Better Act," which passed the House last month.

The biodiesel industry is asking the Senate to tweak the legislation to clarify that refineries that "co-process" petroleum with small amounts of biofuel feedstocks shouldn’t qualify for new renewable aviation fuel tax credits, for the same reason they can’t claim the biodiesel tax credit.

"We thought Congress agreed in 2008," said Paul Winters, a spokesman for the National Biodiesel Board, an industry group.

The advantage of those fuels, the companies and other supporters say, is that they can be made within existing manufacturing and supply chains — a quick way to reduce greenhouse gas emissions while industry, researchers and policymakers work on more long-term solutions.

"We believe a SAF-specific blender’s tax credit would be the most impactful measure in the near term to improve cost-competitiveness, expand supply and help establish the long-term commercial viability of SAF," said Carter Yang, a spokesman for Airlines for America, a lobbying organization for the airlines.

"A tax credit would help build the nascent market for SAF, providing a financial incentive for companies to integrate more SAF into the fuel supply and enabling them to offer it at a price that would allow airlines to use more of it," he added.

"The production economics of co-processing biomass are negative without the tax credit because — despite additional processing, maintenance, and capital costs — renewable diesel fuel receives no higher price in the marketplace than petroleum diesel," said Kern Oil and Refining Co. of Bakersfield, Calif., in a letter to congressional tax writers in 2018 as lawmakers were weighing an extension of various incentives.

But co-processing doesn’t do much to promote biofuel, the NBB contends. Refineries typically mix in 5 percent or less of an ingredient like animal fat to qualify as sustainable fuel, and it’s not entirely clear that the bio-based ingredient that goes to the refinery ends up in the final product, Winters said.

Fuel that comes out of the refineries isn’t typically tested for renewable content, Winters said, which could have been lost in flaring or diverted to other products.

A new clean fuel production credit in the bill would exclude co-processed fuel — except for aviation — from the definition of transportation fuel, according to the NBB.

Further complicating the issue, aviation and petroleum industry sources said the legislation appears to allow some types of feedstock co-processing to qualify for the new credits, but excludes others such as fats and oils. Those details remain to be settled as senators further adjust the bill before it reaches the floor.

To the NBB, the debate mirrors discussions around the biodiesel tax credit, established in 2005 as part of the Internal Revenue Code. Congress intended the $1 per gallon credit to help establish a new industry and create new jobs, which stirred disagreements when the IRS in 2007 declared that co-processing qualifies for the credit.

In that case, Congress wrestled the issue from the IRS, in 2008 overturning the agency’s guidance. Rep. Lloyd Doggett (D-Texas) and Sen. Chuck Grassley (R-Iowa) led efforts to rein in the tax credit from co-processors, and the limitation has remained in place through repeated extensions of the credit.