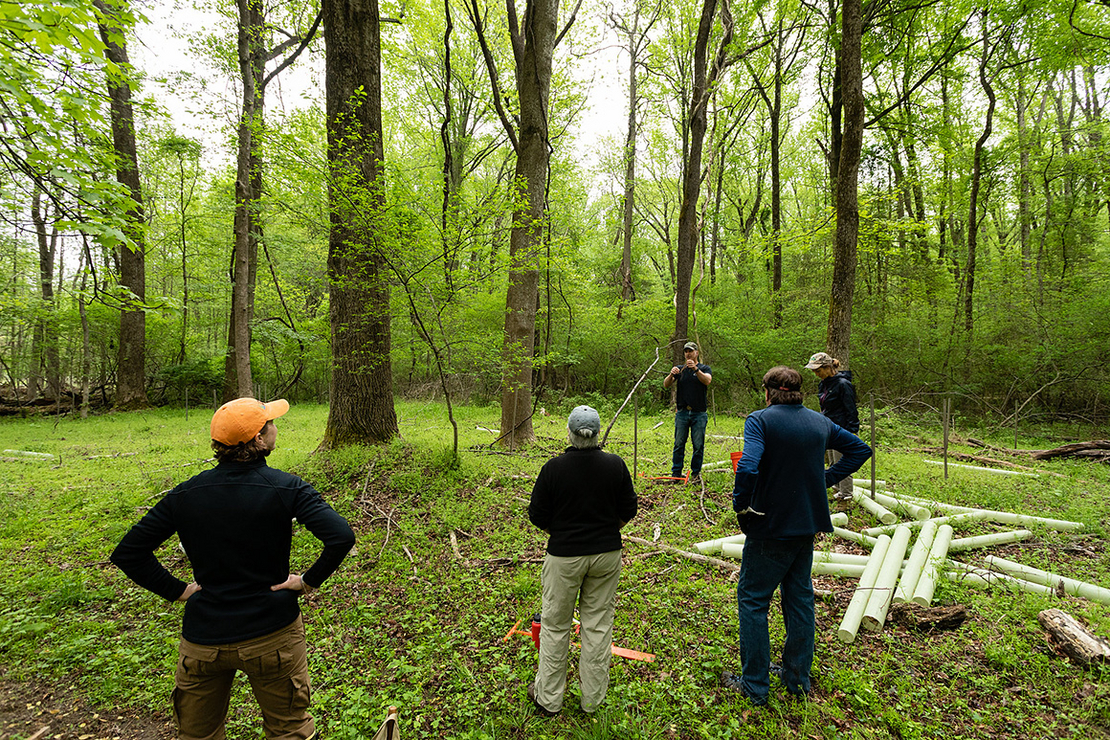 After years of fighting for survival, the federal tree-planting effort in cities and towns may be poised for growth.

The climate bill that passed the Senate on Sunday and is set for a House vote later this week would pump $1.5 billion into the Forest Service’s Urban and Community Forestry Program (U&CF), which typically receives just a fraction of that amount from congressional appropriators.

The bump, which would last through 2031, should protect tree planting in cities for years to come, advocates said.

“This just feels like a huge moment,” said Jad Daley, CEO of American Forests, a nonprofit organization that in the past focused on simply keeping the program in the federal budget. “I think this changes it entirely.”

The House could vote on the legislation Friday, where it’s likely to pass on a partisan tally as it did in the Senate. The increase for urban forests is “transformational,” Daley said, though less initially proposed in the “Build Back Better Act” last year.

Scientists agree on the benefits of trees in cities, which include cleaner air and lower summer temperatures. They’re an important piece of climate change mitigation, including in underserved communities, and research suggests well-planted neighborhoods have less crime and higher property values.

Forests cover as much as 35 percent of urban areas in the U.S. and reduce energy for heating and cooling by about 7 percent in American homes, according to North Carolina State University. That’s in addition to absorbing runoff from paved areas and storing carbon, the university’s College of Natural Resources said.

But the federal program, which provides grants to localities, has been a weak cousin in the Forest Service. It competes against the needs of 193 million acres of national forest, much of which is at risk of wildfire worsened by the warming climate. Total funding for urban and community forestry has hovered around $30 million annually the past few years, hitting $36 million in 2022 — not even $1 million per state, Daley said.

Funding in the climate bill would total $150 million a year, on top of other amounts Congress might appropriate. House Democrats already proposed a $6 million increase for the fiscal year beginning Oct. 1.

Even modest funding is more than the Trump administration wanted, citing higher priorities in the National Forest System. The administration proposed to eliminate the program throughout President Donald Trump’s term, along with the forest legacy program, which itself would receive $700 million in the climate bill (Greenwire, July 26, 2017). The legacy program seeks to protect forests from development through conservation easements and purchases by nonfederal partners.

In its fiscal 2020 budget proposal, the Trump administration said the Forest Service would instead “focus on reducing wildland fire risk, contributing to the improvement of forest and grassland conditions across shared landscapes, and contributing to rural economic prosperity” — a statement that downplayed the agency’s mission in urban areas.

The program wasn’t left unscathed by Democrats, either. In its fiscal 2017 budget request, the Obama administration proposed a $4.4 million cut, saying the program should shift its focus toward the biggest metropolitan areas, where trees are under the most stress.

“Highly-populated areas will experience the greatest strain on ecosystem services,” the Obama administration said at the time. “Support to these urban forestry programs will provide a more effective delivery of the U&CF program.”

Urban forestry hasn’t historically received the same respect as national forests in U.S. policy, although the urban program is “beloved” within the Department of Agriculture, Daley said. With the effects of climate change growing more obvious, however, community and urban forestry is central to the response, he said.

“It’s literally lifesaving at this point in time,” Daley said.

The new money would reach communities in a few ways. Some would go to state urban forestry programs though an annual allocation that goes to all 50 states. Other funding would be distributed through competitive grants to nonfederal partners including nonprofit organizations.

Supporters said the additional money could support more staff at the Forest Service, including for technical assistance to communities. Localities could look for new ways to use program funds, such as toughening local regulations to protect trees on public and private property, advocates said.

While the bill would provide a rush of money, the urban program’s long-term future isn’t totally clear. Five-year farm bills in 2023 and subsequent years will determine how much the Forest Service is authorized to spend.

The proposed increase in the climate bill “is an opportunity to create a new normal,” said Matt Spitsen, program manager at the Arbor Day Foundation, which partners with the Forest Service on the program. With the bill’s focus on underserved communities, he said, it fits with the Biden administration’s “Justice40” goal of directing 40 percent of certain federal resources to such areas — which addresses a historic shortfall of tree planting there.

Clues about the longer term may emerge when lawmakers write the 2023 farm bill in the months ahead — a process Republicans will control in the House if they win back the majority there this fall.

Although Republicans have endorsed reforestation in various bills, they’ve been less supportive of big increases; Arkansas Republican Rep. Bruce Westerman’s “Trillion Trees Act,” for instance, includes provisions to support urban and community forestry but would limit funding growth too much in a time of need, American Forests said.

But Daley said support for the program ultimately shouldn’t fall along party lines. “This is an example of red plus blue equals green.”