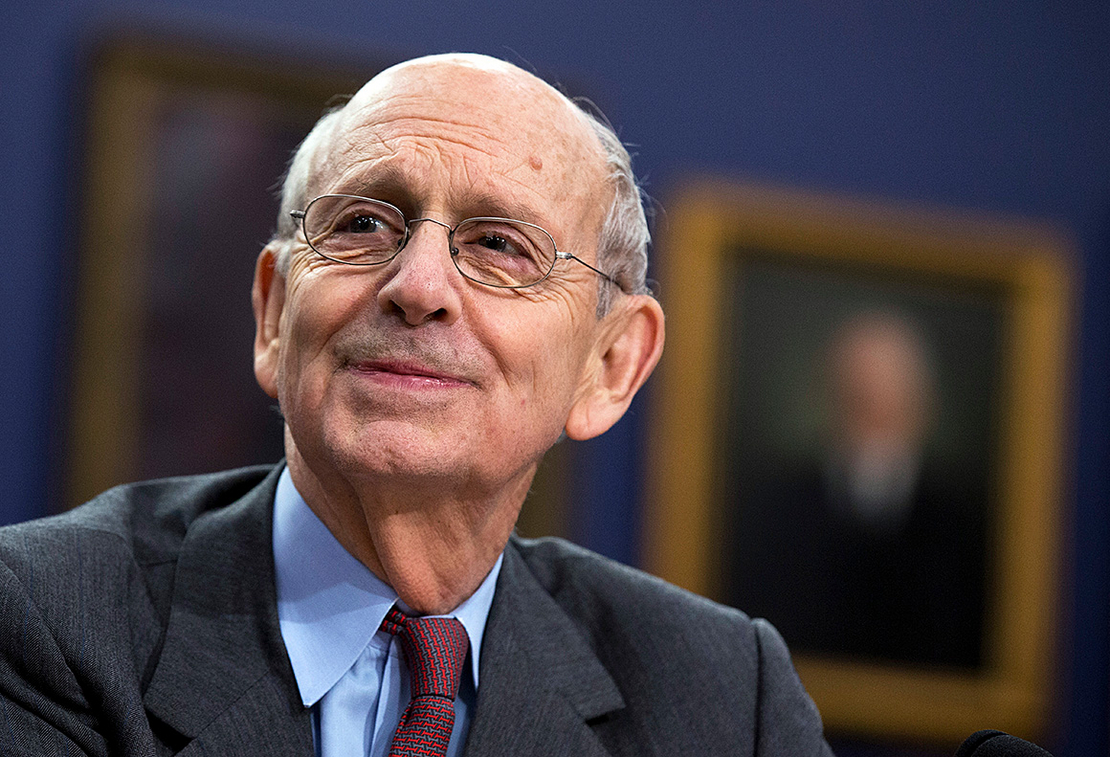 Justice Stephen Breyer, the last remaining member of the Supreme Court to give EPA the legal authority to regulate greenhouse gases, has been a mostly solid, largely pragmatic voice for climate change and other environmental issues.

And as the court has increasingly expressed interest in taking up challenges to environmental law, news of his retirement yesterday prompted calls for President Biden to replace him with a justice with strong environmental credentials.

“I don’t think he goes in there thinking, ‘It’s an environmental case, I know where I will stand,’ but in practice he has tended to come out pretty often on the environmental side,” Dan Farber, faculty director of the Center for Law, Energy and the Environment at the University of California, Berkeley, said in an interview. “He’s a thoughtful, supportive voice for a pragmatic perspective that right now seems to have trouble finding a place in the political spectrum.”

Notably, Breyer voted with the 5-4 majority in Massachusetts v. EPA in 2007, which said the federal government has the authority to regulate greenhouse gas emissions as “air pollutants” under the Clean Air Act.

Farber noted in a blog post that Breyer recently wrote a “notable” majority opinion, but that “otherwise his contribution has taken the form of low-key concurrences and dissents.”

He wrote a dissent in the 2014 case Utility Air Regulatory Group v. EPA, saying he would have upheld EPA’s authority over all forms of greenhouse gases by reading the “any pollutant” language of the Clean Air Act broadly.

“He’s an administrative law expert, and he has a lot of faith in agency expertise, so he is very comfortable when it’s clear that the agencies have done a lot of work,” said Karen Sokol, a law professor at Loyola University in New Orleans.

But he’s also challenged the agencies. Breyer in March sided with the Sierra Club in a case in which the environmental group sought draft documents about the potential harm an EPA rule would pose to vulnerable plants and animals (Greenwire, March 4, 2021).

The court in a 7-2 decision — the first led by Justice Amy Coney Barrett — found that the Freedom of Information Act did not require the release of a draft document.

Breyer, though, wrote in a dissent that he believed the draft opinions “reflect ‘final’ decisions regarding the ‘jeopardy’ the EPA’s then-proposed actions would have caused.”

Breyer in 2011 penned the introduction to the Federal Judicial Center’s “Reference Manual on Scientific Evidence,” championing the need for greater scientific understanding in service to the courts.

“In this age of science we must build legal foundations that are sound in science as well as in law,” Breyer wrote. “Scientists have offered their help. We in the legal community should accept that offer.”

The precedent set in the 2007 climate case is under threat in a challenge to EPA from coal companies and Republican-led states, but the case will be heard next month and decided before Breyer’s departure.

Sokol noted that although Breyer is the last remaining member of the court to back EPA in the 2007 case, “assuming Biden gets a nominee in there, it’s very hard for me to imagine it will be someone who would be to the right of Breyer.”

Evergreen Action Executive Director Jamal Raad said Breyer’s departure will “create a void that must be filled with a nominee who will uphold the laws that protect our air, water, climate and health.”

Raad called Breyer a “pragmatic and fair jurist on matters of environmental regulation” and called on Biden to “nominate a champion for climate, clean energy and environmental justice who will uphold the nation’s bedrock climate laws.”