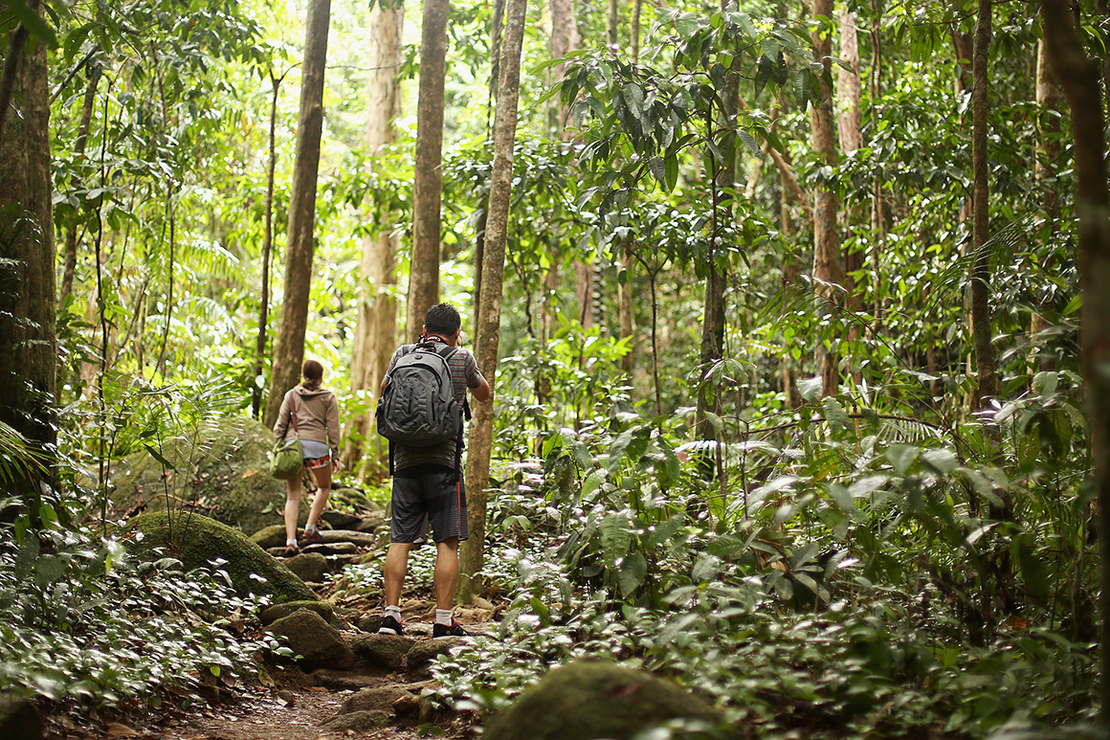 The tropical forests of Australia’s northeast coast are some of the country’s natural wonders, rich with lush plants and rare animals, some of which are found nowhere else in the world. But like many of Australia’s other iconic ecosystems, from its bleaching Great Barrier Reef to its fire-swept brushlands, its future is threatened by climate change.

New research finds that the tropical trees of North Queensland have been dying at faster rates for nearly 40 years now. Since the mid-1980s, the average risk of tree death has approximately doubled.

The exact causes are difficult to pin down, the scientists say. But warming is likely to blame. The atmosphere has been growing drier in this part of Australia, which is a source of stress for trees — a drier atmosphere sucks more water out of plants and into the air. At the same time, the study finds that the risk of tree mortality is higher in drier spots.

The study also suggests that rising death risk is a problem for the majority of tree species throughout the region. In other words, there aren’t any clear “winners” emerging in this scenario to replace the trees that are dying off.

“It was a shock to detect such a marked increase in tree mortality, let alone a trend consistent across the diversity of species and sites we studied,” said lead study author David Bauman, a plant ecologist at the University of Oxford, in a statement.

The new study analyzed data on 81 tree species, collected from 24 different sites across North Queensland’s tropical forests. The data, including tens of thousands of individual observations, stretch back 50 years.

For a few years, the study finds, the risk of tree mortality was actually slightly declining. Then, around 1984, the trend reversed and the risk of death started increasing. It’s been that way for nearly four decades now.

The researchers used a series of models and statistical tools to investigate possible causes.

The death risk appeared to be increasing across nearly all study sites and species, meaning it was probably linked to some factor affecting the whole region equally. The researchers found that tropical cyclones cause an uptick in deaths and may be at least part of the problem — but they can’t explain the whole situation.

The researchers also found that tree growth couldn’t explain the rising deaths either. So it’s not simply that trees are growing up faster and then dying off faster.

In the end, atmospheric drying appeared to be the most likely explanation. The air is simply sucking the forests dry.

Dying trees are a big problem for Australia’s tropical forests — and not just because they’re a crucial habitat for diverse plants and animals, including rare and endangered species. They also contain large volumes of carbon. That carbon gets released back into the atmosphere as they die off, where it further contributes to global warming.

Intense wildfires in recent years have burned tens of thousands of square miles of Australia’s brushlands and released hundreds of millions of tons of carbon into the atmosphere. A record-breaking brush fire season in late 2019 and early 2020 approximately doubled the country’s carbon emissions, research has found.

And the iconic Great Barrier Reef recently suffered yet another mass bleaching event — at least its fourth since 2016, triggered by warm waters around Australia. According to the Great Barrier Reef Marine Park Authority, around 91 percent of the entire reef ecosystem experienced at least some bleaching in the latest event.