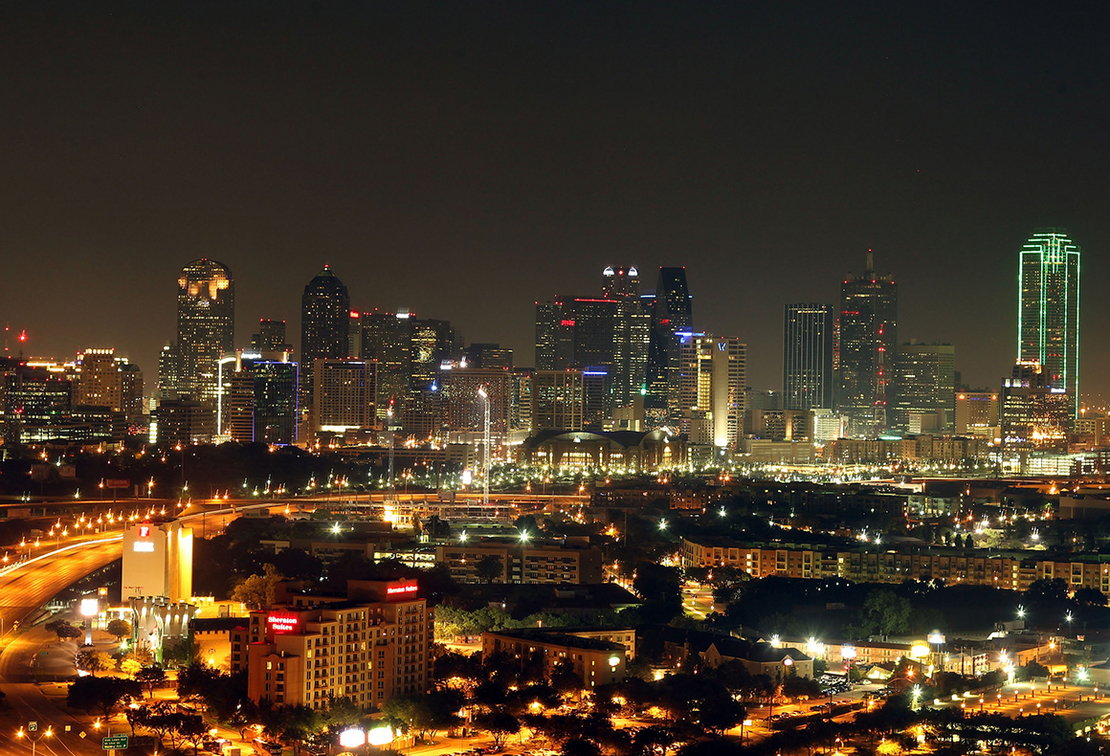 A night view of the skyline of downtown Dallas. Mike Ehrmann/Getty Images

People around the world are losing sleep over climate change — literally. A new study finds that rising temperatures are eroding hours of rest worldwide. And it’s likely to get worse as the planet gets hotter.

The research, published Friday in the journal One Earth, finds that warm nighttimes steal an average of about 44 hours of sleep per person each year. And they cause the average person to suffer from around 11 nights of inadequate sleep — that’s less than seven hours in a night — each year.

The findings are the fruit of a simple but vital research tool: sleep-tracking wristbands.

The researchers gathered billions of individual sleep measurements collected from more than 47,000 participants across 68 countries around the world. They then paired these observations with weather and climate data from the locations where they were gathered.

It’s one of the largest studies of its kind to examine the links between climate change and sleep.

“In this study, we provide the first planetary-scale evidence that warmer-than-average temperatures erode human sleep,” lead study author Kelton Minor, a Ph.D. student at the University of Copenhagen, said in a statement.

The findings suggest a clear link between night temperatures and the human ability to fall — and stay — asleep. Participants fall asleep later, wake up earlier and generally sleep less during warmer nights.

These effects worsen significantly after night temperatures rise above 10 degrees Celsius, or 50 degrees Fahrenheit. And temperatures greater than 77 F increase the risk of a person getting less than seven total hours of sleep in a night, upping the odds by about 3.5 percent compared with a baseline temperature range of 40 to 50 degrees.

Some groups are more vulnerable than others.

The effects appear to be strongest during summers, when temperatures are already at their highest. And they’re also worse in hotter regions than the rest of the world.

The bad news doesn’t end there. The findings suggest that humans don’t seem to adjust to higher temperatures over time. The effects are about the same at both the beginning and the end of the summer — in other words, sleep doesn’t get easier the longer the body is exposed to high heat.

The findings reinforce the conclusions of other, smaller sleep studies. A 2017 paper — including one of the co-authors from the new study — also found that higher temperatures chip away at nighttime rest. And those findings also revealed that older people and people with lower incomes were more susceptible to the heat.

That study relied on self-reported information on interrupted sleep, collected in surveys. By relying on wristbands, the new research takes a more exact approach to the question.

The new study also takes things one step further. It uses the data to make projections about how future warming might affect human sleep.

Under a moderate future warming scenario — the type the Earth faces unless world leaders quickly step up their climate commitments — the average person could be losing around 50 hours of sleep per year by the end of this century. And the average number of heat-induced “short” sleep nights per year could rise from 11 to 12.

Under an extreme future warming scenario — highly unlikely but not impossible — sleep loss could hit 58 hours per year.

And the results may still be underestimating the problem.

The study relies on data from people who have access to sleep-tracking wristbands. The majority of the data comes from higher-income countries and tends to skew toward middle-aged men. It’s likely that more data from other demographics, particularly lower-income participants, would indicate an even bigger effect.

In particular, the study underrepresents participants from Africa, Central and South America, and the Middle East — places the authors note “already rank among the warmest in the world.”

So while the study outlines yet another clear climate-related problem for human health, there’s still more work to be done. Future research, the authors suggest, should focus on the world’s most vulnerable populations.

“The burden of future warming will not be evenly distributed,” the researchers said. “Taken together, our results demonstrate that temperature-driven sleep loss likely has and may continue to exacerbate global environmental inequalities.”