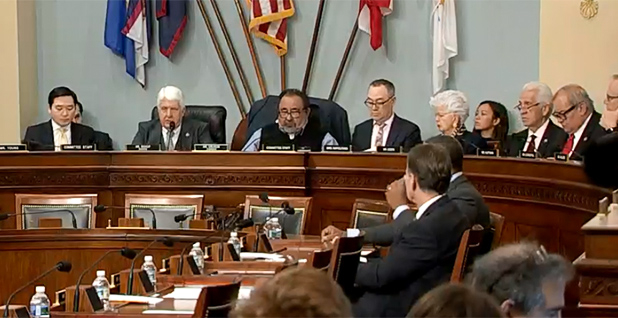 Democrats, unsurprisingly, talked about the issue in broad strokes, at times comparing it to the moon landing and the nation’s other great scientific and technological challenges.

"In the 1960s, our government and our nation’s best rose to the Sputnik challenge by sending a person to the moon. Today, our course remains unclear," said Rep. Paul Tonko (D-N.Y.), chairman of the E&C subcommittee. "How our committee responds at this inflection point will define our nation for the next half century and beyond."

The tone shift wasn’t universal, but it was surprising, even though the party still overwhelmingly opposes carbon pricing and other more ambitious solutions proposed by climate advocates.

Ranking member Rob Bishop (R-Utah) didn’t touch much on climate science but said he would rather tackle public lands issues more directly in the committee’s jurisdiction.

While it’s clear there could be areas of bipartisan cooperation on climate in the coming months, Republicans are still resisting any broad legislation to cut carbon emissions, particularly if it incorporates ideas from the "Green New Deal."

"If anyone thinks that decarbonizing America is going to save the planet, whether that’s 10 years or 20 years from now, they’re delusional," McKinley said.