Climate change rises as an issue in mayoral races 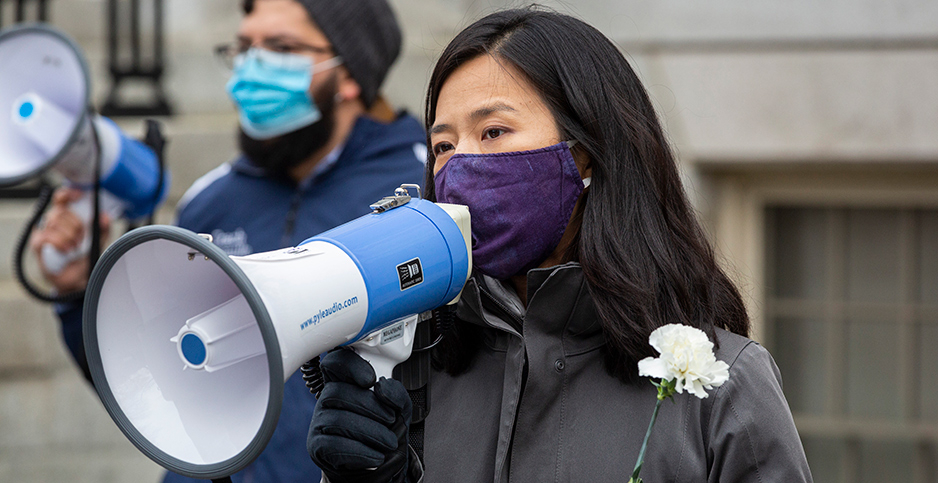 The next electoral battleground in climate change politics: mayoral races.

Dozens of cities across the country — from Detroit to San Antonio and Anchorage, Alaska, to St. Petersburg, Fla. — are electing mayors this year, with some candidates running on promises to usher in aggressive climate policies.

The races closely follow the 2020 federal elections, in which climate played an unprecedented role and likely helped Democrats get over the finish line to take control of the White House and both chambers of Congress.

In at least some mayoral contests, candidates see potential winners in climate policies, including the Green New Deal — the plan for rapid decarbonization paired with jobs, health care and housing guarantees that has captivated progressive climate politics in the last two years.

And while climate policy generally would have to be implemented on a national or international scale to make big differences in global emissions, some candidates want to bring some elements of the ideas to the city level.

Climate policy has grabbed attention in mayoral races in Boston and New York City so far, but it’s likely to arise in others, as well.

"Even with a new federal administration, there’s a tremendous role for local governments to play in demonstrating the impacts, being the proof points and the innovators for how successful climate policy is for everyone, and then to drive momentum through local policy to keep the urgency up for federal action," Michelle Wu, a member of the Boston City Council and a candidate for mayor, told E&E News.

Wu last year introduced what she calls the first municipal-level Green New Deal legislation and made the climate plan an early focus of her mayoral campaign. Her plan focuses intensely on reducing greenhouse gas emissions from buildings and transportation but also puts significant focus on environmental justice, jobs and combating economic inequality.

"We are not only, as a coastal city, uniquely vulnerable to climate change," she said. "As with many other cities, when there’s a density of residents and businesses, we have levers. When we can implement policies, there’s a huge impact on our contribution to the climate crisis."

The Sunrise Movement’s Boston chapter has endorsed Wu for mayor.

"From building coalitions, to making public transit more accessible to Bostonians, to introducing a comprehensive plan for a Boston Green New Deal and Just Recovery, Councilor Wu has proven herself time and time again to be the type of public servant that is needed leading the city at this moment," Graham Albert, a member of the group’s political team, said in a statement.

Campbell has named climate justice as a pillar of her campaign and said this month that she would soon publish a detailed plan on the matter.

"Boston is already widely recognized for innovation in technology and health — let’s also become the country’s leader in showing the power of cities to equitably lead in the fight against climate change," she wrote on her website.

Essaibi George signed on to the Sunrise Movement’s Green New Deal pledge during her council campaign in 2019, but she just entered the mayoral race last week and hasn’t detailed a climate plan.

In New York City, Comptroller Scott Stringer published a climate plan as the first part of his policy agenda. It includes an explicit endorsement of the Green New Deal, a promise to stop building new fossil fuel infrastructure, phasing out the use of fossil fuels and workforce development programs, among other actions.

"New York City must be a national leader in the fight against climate change, and my climate plan lays out bold but achievable goals that will deliver a future for our city that is fossil fuel-free, green, sustainable, and resilient," he said in a statement rolling out the plan. "We’re running out of time to solve the climate crisis — and now it’s our time to be daring about setting a new trajectory for our city and our planet."

Stringer, a Democrat, was already a nationwide environmental star, having long fought against fracking in New York state and to divest city pension funds from fossil fuel interests.

Donovan’s detailed plan declares he is "a visionary who understands the climate emergency, but will also act" and "will match urgency with a deep focus on implementation and competent management to follow through on ambitious emissions goals and policies."

It aims to embed climate and environmental justice goals into the highest tiers of all city agencies, enact a zero-emissions building code by 2030 and develop strong new resilience plans across the city.

The race’s primaries are set for June, with the general election in November.

Daniel Aldana Cohen, a sociology professor at the University of Pennsylvania, said this year’s mayoral races come at a crucial time for the country, when cities are starting to get serious about what they can do on climate.

"A lot of the new affordable housing that we hope to see with the Green New Deal — green affordable housing and retrofits to affordable homes — will happen in cities and towns and suburbs. The public transit question and the emissions question are the same question," he said in naming examples of climate policies that cities can carry out on their own. Cohen has advised Wu’s campaign but isn’t a spokesman for the candidate.

But city leaders are also hoping for Biden and Congress to pass major national environmental legislation, which will depend on cities for much of the implementation.

"In the context of a green stimulus, those [municipal] administrations would have the power to really shape what a Biden climate policy looks like when it actually hits the ground," he said. "There is a huge potential to do that really well. There’s also a potential to squander that."