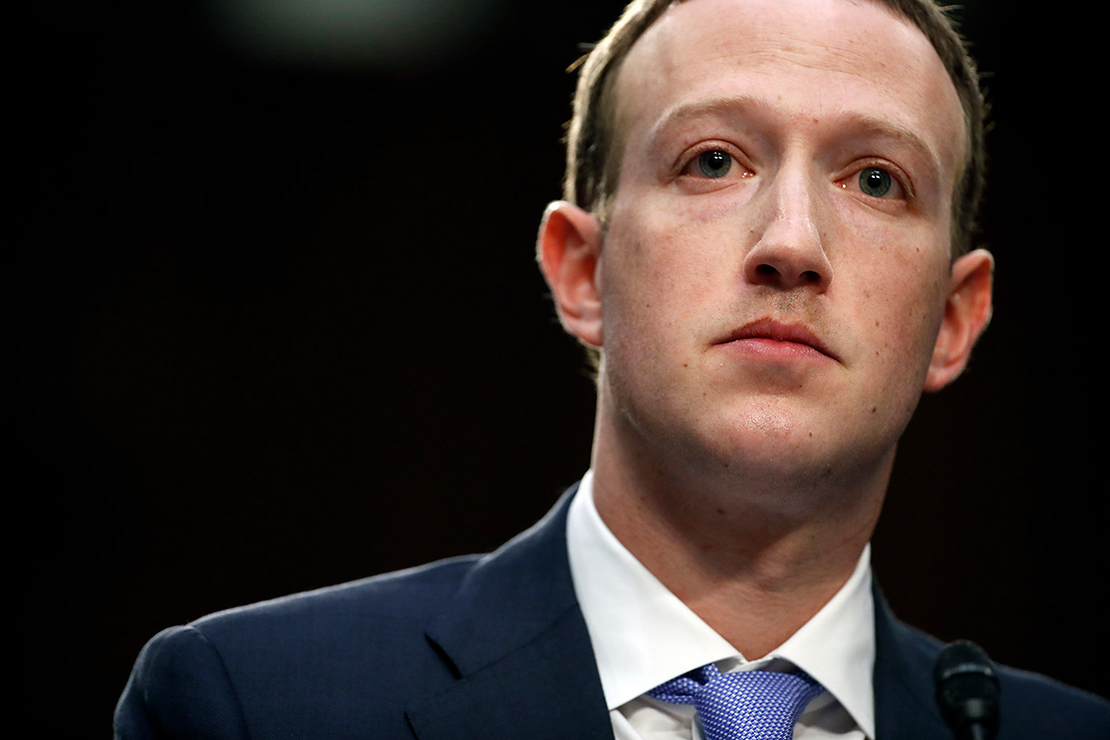 Facebook co-founder Mark Zuckerberg testifies in 2018 before a joint hearing of the Commerce and Judiciary committees on Capitol Hill in Washington. AP Photo/Alex Brandon, File

Facebook is still allowing climate denial to flourish on its platform despite pledging months ago to crack down.

About half the content from major publishers of climate denial receives warning labels and very little is fact-checked, a new report from the Center for Countering Digital Hate has found.

Just 10 publishers account for 69 percent of all user interactions with climate denial on the platform, which recently rebranded its parent company into Meta, the center found. Researchers reviewed 200 posts from leading climate denial publishers and found that more than half were not labeled as climate misinformation.

“By failing to do even the bare minimum to address the spread of climate denial information, Meta is exacerbating the climate crisis,” said Imran Ahmed, chief executive of the Center for Countering Digital Hate. “Climate change denial — designed to fracture our resolve and impede meaningful action to mitigate climate change — flows unabated on Facebook and Instagram.”

The group’s review of 184 Facebook posts from leading denial groups found that 50.5 percent of those posts had no label at all. The other 49.5 percent had labels that connected users to Facebook’s climate science resource center, but only one was a fact-check of the bad information contained in the post.

The posts not labeled as misinformation include claims that global warming is a “hoax,” that “climate alarmists” are misleading Americans and that “COVID-19 and climate change are being used to steal our liberties.”

Collectively, the posts had 1 million likes, shares or comments. About 542,000 interactions from Facebook users were with posts that received no label at all.

The list of publishers that routinely post climate misinformation includes the Daily Wire, Breitbart, The Washington Times, Newsmax and Russian state media, according to the center.

The review showed Facebook had an uneven response to the climate posts. For instance, all of the posts from RT.com, the Russian state media group, received labels. But six in 10 posts from Newsmax and the Media Research Center — which has been funded by fossil fuel companies as well as the conservative Mercer Family Foundation — didn’t receive any labels.

Facebook works to combat climate misinformation through its Climate Science Center and its global network of fact-checkers, spokesperson Kevin McAlister said. He said the report only reflects the rollout of that effort, not its current effectiveness.

“When they rate this content as false, we add a warning label and reduce its distribution so fewer people see it,” he said in a statement. “During the time frame of this report, we hadn’t completely rolled out our labeling program, which very likely impacted the results.”

The small sample suggests a broader and unchecked spread of climate denialism on the platform, which has about 3 billion active users.

For more than a year, Facebook has received significant criticism about the prolific spread of climate misinformation on its platforms. Sen. Elizabeth Warren (D-Mass.) has pledged to take action against the company if it does not do more to stop the reach of climate falsehoods.

In 2020, E&E News revealed that a prominent climate denial group, the CO2 Coalition, was using Facebook to recruit younger and newer members. At the same time, the platform had removed an accurate fact-check of misleading climate information from the CO2 Coalition because it had been included in a conservative media outlet’s editorial.

All of the posts in the Countering Digital Hate report appeared after May 2021, when Facebook announced that it would use “informational labels” on climate-related posts. Users who clicked on the label would be directed to Meta’s climate science information centers to view accurate climate information.

That proliferation has led to increased calls from Democratic politicians and environmental groups for a more aggressive approach to removing climate disinformation from Facebook.

“Facebook has consistently shown they can’t be trusted,” Michael Khoo, co-chair of the Climate Disinformation Coalition at Friends of the Earth, said in a statement. “Facebook needs to open the books and lawmakers must step in to require full transparency from them and other social media platforms.”