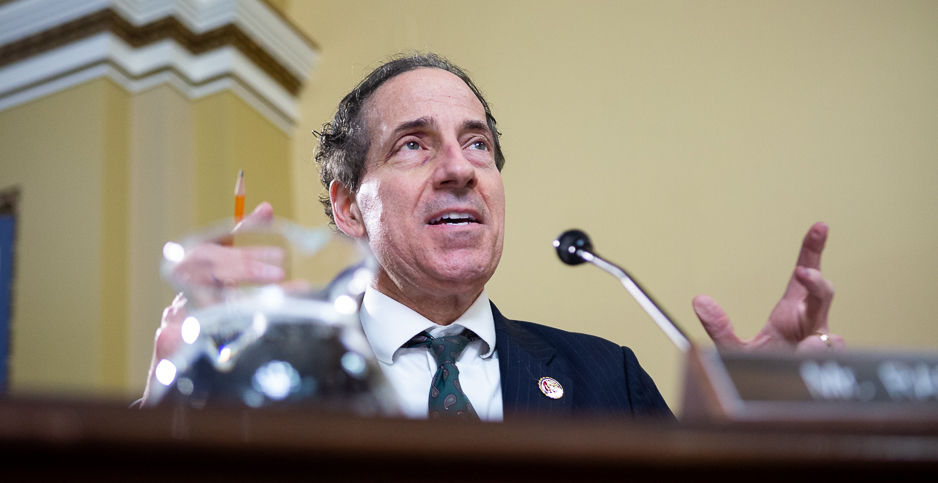 Rep. Jamie Raskin (D-Md.) and several dozen other Democrats are speaking out against any immunity for the fossil fuel industry in coronavirus aid. Francis Chung/E&E News

House Democrats are rallying against providing liability relief to fossil fuel companies in the next round of COVID-19 stimulus, as Republicans continue to push broad immunity for business interests from the pandemic.

"The struggle to beat the coronavirus should not be corrupted or abused for the purposes of providing legal immunity to the oil, gas and coal industries, major polluters who have destabilized our climate and imperiled our environment, our economy and our future," wrote the lawmakers, led by Rep. Jamie Raskin (D-Md.).

The letter notes that a draft version of the Coronavirus Aid, Relief and Economic Security Act — the $2 trillion stimulus enacted in late March — included language that would have immunized firms engaged in "covered activities."

Furthermore, the letter notes recent media coverage suggesting that fossil fuel interests "are continuing to lobby hard for language that would absolve them of any accountability for their part in the climate crisis."

The Democratic pressure comes as GOP leaders in both chambers have said that any future assistance for struggling state and local governments must include liability relief for businesses for actions during the pandemic (E&E Daily, May 4).

"You cannot punish businesses and workers from going back to work," Sen. Josh Hawley (R-Mo.) said on Fox News. "So we’ve got to find a way that will allow people to get back to work in a safe and responsible manner and get their jobs back."

While the four rounds of COVID-19 stimulus enacted so far have largely steered clear of environmental and energy provisions, the Democrats’ letter is the latest example of congressional tension over struggling oil and gas companies and access to the trillions of dollars in federal relief approved so far.

Industry supporters on Capitol Hill said yesterday that the Trump administration will consider a request by GOP senators to impose tariffs against oil imports from Russia and Saudi Arabia in response to the global price war that has left U.S. producers caught in the crosshairs (Greenwire, April 20).

In a joint statement, Republican Sens. Jim Inhofe of Oklahoma, Dan Sullivan of Alaska and Kevin Cramer of North Dakota said Commerce Secretary Wilbur Ross has agreed to evaluate all of the federal government’s options to keep foreign imports out of the United States, including tariffs.

"Saudi Arabia and Russia’s continued dumping of crude is having lasting and damaging effects on American energy producers," said the trio. "This is intentional — Russia and Saudi Arabia are tired of competing with us and want to put American oil and gas producers out of business so they can once again dictate energy prices to the world."

"What we’ve said is, we are looking at the oil companies as we’re looking at other things, to study this," Mnuchin said on Fox News. "There are important issues. The president wants us, and we will remain, energy independent."

But he added, "Let me just say, this is the classic supply-demand imbalance for oil."