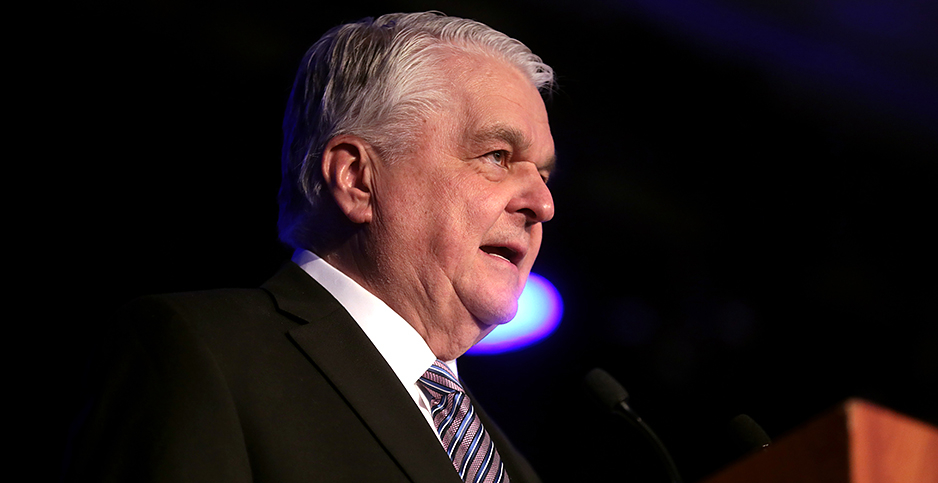 Climate-related ballot initiatives are having a quiet election year.

The pandemic made signature gathering difficult and dangerous for activist groups that try to shape public policy by placing environmental initiatives in the hands of voters.

Some of those efforts were facing tough obstacles even before social distancing. The race for president and congressional contests have absorbed much of the energy that activists might apply to getting climate-related questions on ballots.

And with pandemic conditions likely to persist into the 2022 election cycle, creating climate policy through petitions and referenda could remain even more challenging than normal.

"Without a doubt, campaigns have been affected and have been forced to scramble," said Amanda Zoch, a policy specialist at the National Conference of State Legislatures’ elections and redistricting program.

Although some states have allowed flexibility with regard to ballot initiatives, those changes aren’t permanent. The pandemic opened the door to electronic signature gathering — the holy grail for petitioners — but it’s only been implemented in Massachusetts, by court order, for a limited number of petitions that were already circulating.

"It’s historic — it’s the first time electronic signatures have ever been allowed. But it might be the last time for the foreseeable future, too," Zoch said.

About half as many initiatives are on track to appear on the ballot compared with recent presidential election years, according to NCSL and Ballotpedia, though some states haven’t yet passed their filing deadlines. Only 26 states and the District of Columbia allow voters to petition for initiatives to appear on the ballot. Legislatures can also propose ballot questions.

Few states have ballot measures related to the environment.

The most far-reaching of them — Nevada’s proposed constitutional amendment for a renewable portfolio standard — was already ratified by voters in 2018 and is up for second approval, per the Silver State’s Constitution.

But the stakes were lowered after the Democratic state government passed a law in 2019 codifying the proposed changes in statute.

The Nevada measure, which would require the state’s utilities to acquire 50% of their electricity from renewable sources by 2030, was one of several climate and environment measures up for a vote in 2018. Others included a carbon tax proposal in Washington state and a renewable portfolio standard in Arizona. Both failed.

Another unsuccessful measure in 2018 was a Colorado proposal to restrict hydraulic fracturing with strict setback requirements, which industry said amounted to a de facto ban. The measure failed with about 45% of the vote.

Colorado Rising, the group behind the 2018 measure, was planning to try again but dropped its effort in June, citing the difficulty of collecting signatures during a pandemic. But another green group, Safe and Healthy Colorado, said it would continue trying to collect signatures, according to Reuters.

Colorado will vote on an initiative to reintroduce gray wolves west of the Continental Divide.

Oregon activists sought to put a renewable portfolio standard on the ballot in case the Legislature didn’t approve one. It was reminiscent of an episode last year when Republican lawmakers fled the Capitol to deny Democratic lawmakers a quorum.

However, the effort was tied up in legal battles after the Oregon secretary of state invalidated the proposals for attempting to deal with more than one issue at a time.

Supporters of the ballot measure secured a $1 million loan in April to potentially campaign for an even more aggressive initiative, a 100% renewable energy goal by 2045, according to the Portland Business Journal. But Oregon’s deadline is today, and the initiative seems unlikely to appear on the 2020 ballot.

Alaskans, meanwhile, will vote on implementing an oil production tax aimed at the North Slope. That petition-driven initiative qualified for the ballot prior to the pandemic-related lockdowns.

The measure would raise taxes on North Slope oil production by about $1 billion annually, on top of the nearly $400 million that industry pays now, according to the Anchorage Daily News.

New Mexico will vote on a constitutional amendment to restructure its public utility commission, shrinking the number of commissioners from five to three and having them appointed by the governor from a list compiled by a nominating committee rather than running for election themselves.

A bipartisan majority of the New Mexico Legislature sent the amendment to voters, citing undue industry influence over the commissioners’ elections and divisiveness within the commission. But some commissioners have opposed the proposal as undemocratic.

Two commissioners — a Republican and a Democrat — published an op-ed claiming that the proposal could expand industry influence and shut out rural residents.

Michigan will also vote on a proposal that aims to restructure and expand a state trust fund for acquiring park and conservation land.

An effort to get a carbon tax on Utah’s 2020 ballot fizzled in late 2019, as organizers said they didn’t have the resources to get it on the ballot this year. But they vowed to try again in 2022 or 2024, according to The Salt Lake Tribune.