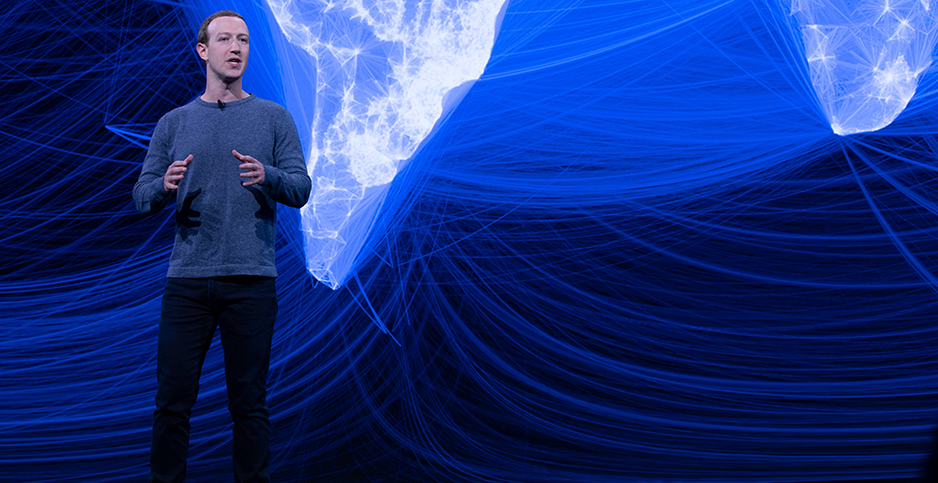 Climate denial groups have used Facebook to spread disinformation to millions of people in the lead-up to the 2020 elections, according to a new report.

And they did it on the cheap.

The report by InfluenceMap, a London-based nonprofit that tracks climate lobbying, highlighted 51 climate disinformation ads that ran this year on Facebook. They found the ads were targeted to older men in rural areas and that they were viewed an estimated 8 million times.

One of those groups, the CO2 Coalition, has told E&E News that it is using Facebook to reach an audience outside conservative media.

The findings prompted an outcry from Sen. Sheldon Whitehouse, a Rhode Island Democrat and longtime climate activist. He told E&E News that Facebook is "somewhere between complicit and helpless" in stopping the spread of climate disinformation.

"This is the company in the last election that didn’t have any bells ring when political ads were being paid for in Russian rubles, so their capacity to make appalling, dumb decisions is pretty robust, and in this case they failed to screen out fraudulent propaganda," Whitehouse said.

The InfluenceMap analysis also provided a window into the audience that climate denial groups are trying to win over, in this case older white men.

Broadly, the Facebook ads were targeted more to men across all age groups. They had the highest number of views per person in Texas and Wyoming.

The price was right, too.

For example, it cost three groups a little more than $1,000 to reach more than 2 million people with false claims, the group found.

In April, Turning Point USA paid less than $300 for an ad that said, "Climate change is a HOAX!"

It reached more than a million people, according to Facebook ad data.

The Texas Public Policy Foundation, which has several former staffers in the Trump administration, spent less than $100 to reach up to 500,000 people with an ad that stated: "Hurricane season is here. Think manmade climate change is going to make severe weather worse? Think again."

PragerU paid less than $700 to reach more than a million followers with the message that politicians and environmentalists are only in it for the money, Facebook data shows.

The ads are in line with the general strategy of these groups, which is to muddy the public’s understanding of climate change.

The InfluenceMap research shows the groups are trying to sow doubt around the institutions that conduct research on climate change, said Dylan Tanner, executive director of InfluenceMap.

It’s part of a larger lobbying scheme, which obfuscates climate science not only for lawmakers but for their constituents as well, he said.

"They use the targeting to reach the demographic that they think can sway the issue," Tanner said in an interview with E&E News. "This is useful when there’s a particular electoral event happening.

"It’s not just the presidential," Tanner added. "It’s the state elections for a number of different positions, and this is one of the issues on which the elections are being fought."

The research came just weeks after Facebook announced a new plan to address the rapid spread of climate disinformation on its platform. In mid-September, Facebook said that it was "committed to tackling climate misinformation."

"We prohibit ads that include claims debunked by third-party fact checkers and we are investigating the findings of this report. We work to reduce the spread of climate misinformation on Facebook and we recently launched a Climate Science Information Centre to connect people with factual information from the world’s leading climate organizations," Facebook spokeswoman Devon Kearns said in a statement.

This isn’t the first time Facebook has faced criticism for its role in spreading climate disinformation. In June, E&E News reported on a loophole the company created for climate denialist groups to avoid fact checks as long as the message was characterized as opinion (Climatewire, June 23).

Outside groups used contacts inside the company to strike down multiple fact checks, which were conducted by the company’s own fact-checking network.

Lawmakers, including Sen. Elizabeth Warren (D-Mass.), have pledged to take action against the company if it does not do more to stop the reach of climate falsehoods.

Warren said the company must be held accountable for its role in the climate crisis and that the report "reveals how Facebook lets climate deniers spread dangerous junk to millions of people."

"We have repeatedly asked Facebook to close the loopholes that allow misinformation to run rampant on its platform, but its leadership would rather make a quick buck while our planet burns, sea levels rise, and communities — disproportionately Black and Brown — suffer," she said in a statement.

The InfluenceMap research shows that climate disinformation ads from PragerU ran for weeks after Facebook committed itself to a crackdown on climate science disinformation — including as recently as a few days ago.

The reach of climate denial groups is also potentially much larger than the research suggests. The sample of groups analyzed by InfluenceMap did not include other groups that routinely sow climate falsehoods, such as the Heartland Institute, Cato Institute and Daily Caller News Foundation.

"Facebook allows these ads to go out under the radar and to have potentially devastating effects within the target population before anyone who knows what they’re talking about [and] has any chance to respond and point out that what’s being spread is a pack of lies," Whitehouse said.