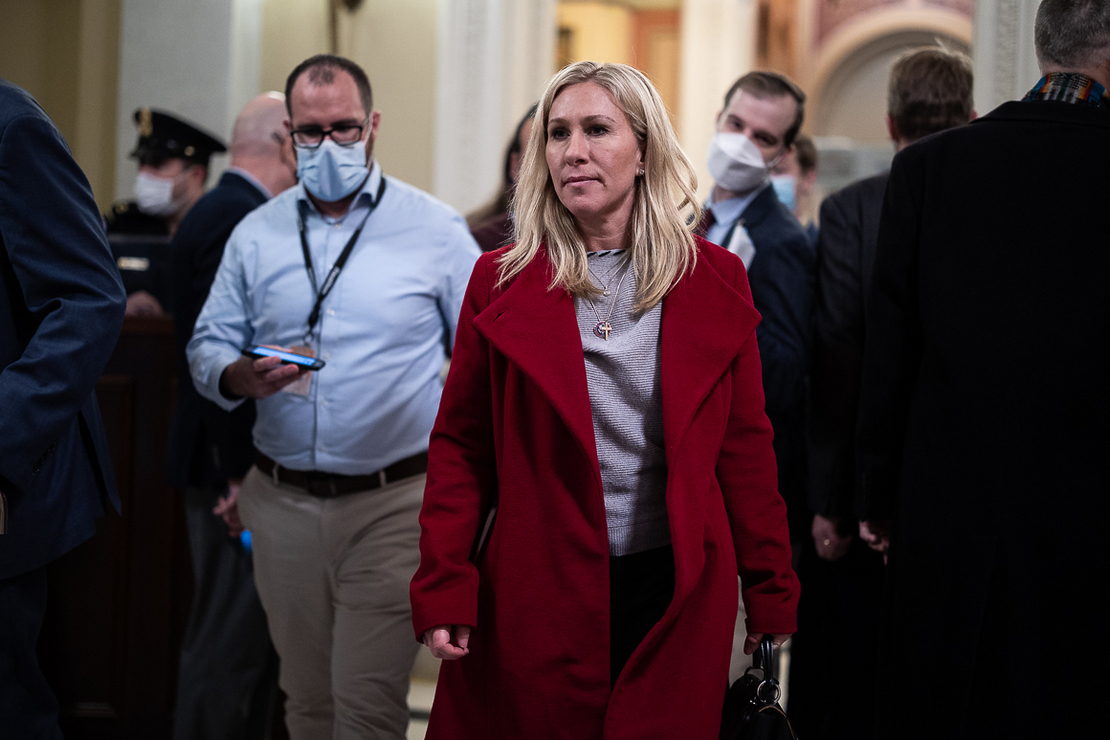 Welcome to the conspiratorial world of the “Great Reset” theory.

Its followers claim that government officials want to impose draconian lockdowns similar to the worst days of Covid-19 in order to cut greenhouse gas emissions. The conspiracy theory holds that a global elite is planning to shut down society and restrict personal freedoms, such as eating meat and driving gas-powered cars in their zeal to address climate change.

The Great Reset has been boosted by climate deniers, right-wing media and conservative think tanks that oppose regulations on fossil fuels.

It all began in June 2020 during the depths of Covid-19 lockdowns. Car traffic and industrial activity worldwide fell sharply, leading to lower levels of air pollution and greenhouse gas emissions. Then-Prince Charles described that moment in time as a new beginning for the planet. The world had seen what was possible for the environment, and now renewable energy, clean cars and altered methods of commuting could help make those changes permanent.

It was called the Great Reset.

Before long it was turned into a rallying cry against Covid-19 lockdowns and, then, as a warning against climate action. Conservative activists used it to claim that environmental laws and regulations were an attack on their personal freedoms, said John Cook, a postdoctoral research fellow at the Climate Change Communication Research Hub at Monash University in Australia and an expert on climate disinformation.

“Combining the claim ‘climate policy limits freedom’ with ‘climate change is a conspiracy’ is a potent combination as it combines conservative ideology with the conspiratorial mindset of a science denier,” he said. “So the climate lockdown conspiracy theory has the potential to resonate with climate deniers and spread further.”

Now, increasingly, the Great Reset is being introduced to Americans who watch Fox News, or who follow Republicans like Reps. Paul Gosar of Arizona or Marjorie Taylor Greene of Georgia, who have promoted the conspiracy theory’s shifting claims.

The Great Reset could come to the halls of Congress next year, when Republicans take control of the House. Party leaders have threatened to launch a series of investigations, including into President Joe Biden’s energy policies.

Steve Milloy, who was part of the Trump administration’s EPA transition team, was one of the first to push the Great Reset as a climate-related conspiracy theory. Milloy said he expects the idea to be part of the discussion if Congress conducts climate-related investigations, including one on net zero that he has privately urged Republican aides to take up.

Milloy said upcoming regulations from EPA, such as tighter vehicle emissions rules and methane reductions, could be framed as evidence of the Great Reset.

The conspiracy theory became a familiar phrase in right-wing media after Democrats passed the Inflation Reduction Act, the most aggressive climate bill in U.S. history, in August. Former Trump White House adviser Steve Bannon has talked about it on his influential podcast, the “War Room.” The conservative Heritage Foundation has framed it as “global elites who are trying to restructure our civilization.” Newsmax, OANN and Breitbart News are increasingly talking and writing about the Great Reset. Fox News hosts Tucker Carlson and Laura Ingraham have pushed it during their nightly shows.

Many of those who have worked to push the theory are affiliated with groups that fight energy regulations or that have received funding from fossil fuel companies. That includes the Heartland Institute; E&E Legal; and the Committee For a Constructive Tomorrow, whose employee, Marc Morano, has promoted the conspiracy theory for two years. He wrote a book called “The Great Reset: Global Elites and the Permanent Lockdown.”

C-SPAN recently aired a talk with Morano in which he told viewers that elites want to use climate policy to “collapse” American society so they can expand their control over it.

“The idea here is that in order to reset, build back better, you have to essentially collapse the current system,” he said.

Lawmakers and far-right influencers are talking about it, too.

Earlier this year, Greene, the Georgia lawmaker, told conspiracy theorist Alex Jones that liberal politicians from around the world were adherents to the Great Reset. She warned that it would bring socialism to the U.S.

“Are we here to learn about, or understand, or compromise or accommodate the Great Reset?” Bannon told the screaming sold-out crowd. “We are here to defeat it.”

The conspiracy theory’s origins can be traced to a video launched by Charles and the World Economic Forum to promote a Covid-19 economic recovery plan. The video said a paradigm shift was needed to inspire “action at revolutionary levels and pace.” It showed images of ice shelves collapsing, solar panels, wind turbines, wildfires and hurricanes.

“We need to evolve our economic model, putting people and planets at the heart of global value creation,” Charles said in the video. “If there is one critical lesson we have to learn from this crisis, we need to put nature at the heart of how we operate.”

Not long afterward, Catholic Archbishop Carlo Maria Viganò, a far-right former Vatican official, wrote letters to then-President Donald Trump that included false Covid-19 claims and anti-Black Lives Matter rhetoric. In October 2020, Viganò wrote an open letter to Trump that claimed a “global elite” was plotting to take over the world through the Great Reset and pleaded with him to stop “the final assault of the children of darkness.”

“A global plan called the Great Reset is underway,” he wrote. “Its architect is a global élite that wants to subdue all of humanity, imposing coercive measures with which to drastically limit individual freedoms and those of entire populations.”

The Great Reset is unique among conspiracy theories in that it sprung from a public campaign to explore carbon reductions from Covid-19 lockdowns. It was then twisted into a dark narrative, according to a comprehensive report from the London-based Institute for Strategic Dialogue. The group concluded that “climate lockdowns” is a case study of how “a message can be seized upon by reactionary media actors and adapted to serve existing agendas.”

“‘Climate Lockdown’ is not a story of outsider threats to popular discourse, but a lesson in how any message can be weaponised by those intent on harm — whether to profit from disinformation and manufactured outrage, to fuel mistrust in institutions, or to confirm existing biases about certain groups and causes,” the group concluded.

The video’s clear environmental themes also turned it into something that climate denialists could exploit. The Heartland Institute, which has received funding from the fossil fuel industry and foundations that oppose environmental regulations, has repeatedly returned to the theme to warn its audience that their freedoms are under threat by Biden’s climate policies.

The Great Reset’s imagined climate lockdowns are an example of misinformation that is increasingly being found in mainstream political discourse, said Cook, the climate communication researcher. He said studies show that politicians can shape public opinion on climate change, so it’s concerning that more lawmakers are promoting the Great Reset.

“I anticipate culture war narratives such as ‘climate lockdown’ will be part of the misinformation landscape for a while,” he said.