Climate heresy in Wis. as Democrats call for ‘clean coal’ 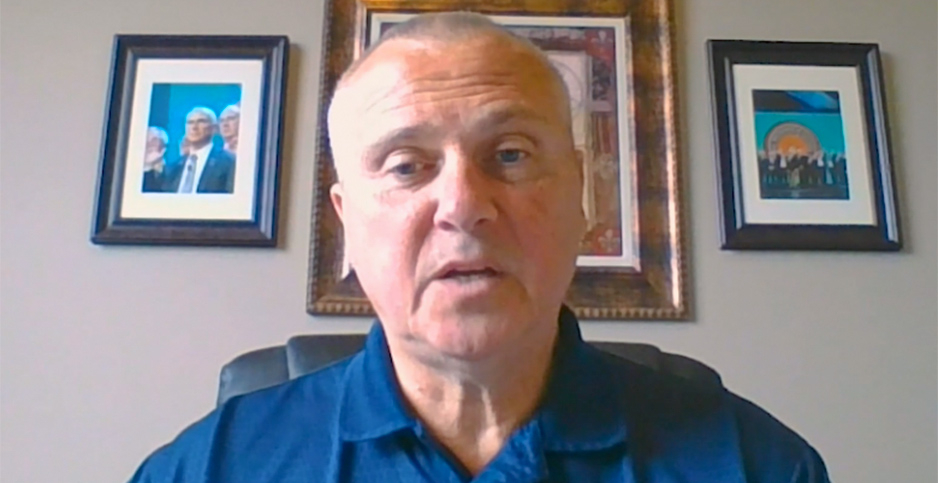 A union leader on Joe Biden’s transition team yesterday pitched the Democratic presidential nominee’s climate plan as an "all of the above" energy strategy, while an additional union official used the same campaign event to tout "clean coal."

The fossil fuel-friendly language at a virtual Wisconsin roundtable — which Biden did not attend — is the latest sign that Democrats remain divided over how to reduce carbon emissions if they win power, even as they have united over the short-term goal of defeating President Trump.

The plan’s biggest concession to the political left is a 2035 deadline for eliminating electricity-sector emissions. But union leaders’ comments suggest they might resist policies that endanger oil, gas or even coal jobs.

Lonnie Stephenson, the International Brotherhood of Electrical Workers president and a member of Biden’s transition team, said electrical workers toil on the front lines of climate change whenever they respond to wildfires or hurricanes.

That experience means energy workers appreciate the stakes of climate change, he said, but it doesn’t change their need for good jobs.

Biden’s plan has strong labor protections, he said, adding that climate programs must emphasize "preservation of existing jobs where possible."

Stephenson is a member of the Biden campaign’s Climate Engagement Advisory Council, which he said meets "virtually every week." He did praise the Democratic nominee’s goal of reaching net-zero emissions — though he made no mention of the timeline, which he has sometimes cast as unrealistic.

Brady Weiss, an IBEW journeyman lineman and mayor of Mondovi, Wis., said the transition to renewable energy is coming regardless of which party wins the election.

But he urged Biden to ensure that it happens "in a responsible manner, so that when people turn on the light switch, the lights come on, the power continues to flow, our manufacturers are able to operate and we’re able to sustain life in business."

Weiss, who is vice president of his local IBEW union, also urged Biden to view utility companies as partners that have already worked to lower emissions while prioritizing reliability and cost.

"It’s also noteworthy to talk a little bit about the investments that some of our utilities have put into clean coal technologies. And I think everybody understands that we’re transitioning away from fossil fuels. But I think it’s important to recognize, again, that companies have put in place equipment to lessen the impacts on the environment," he said.

IBEW has supported research for carbon capture and sequestration, which could prolong the life of fossil fuel generation by preventing greenhouse gases from entering the atmosphere.

Many environmentalists decry carbon capture as an expensive way to keep extracting and burning fossil fuels.

But some unions like it because power plants that run on fossil fuels typically require more workers to maintain and operate. Wind and solar generation offers fewer ongoing jobs, and unions have struggled to break into renewable industries.

During the Democratic National Convention, party officials stripped language from the platform that had called for ending fossil fuel subsidies — a potential opening for Democrats to fund carbon capture, though Biden’s plan opposes subsidies.

Biden himself traveled to Warren, Mich., yesterday to reiterate his plan to convert the government’s automobile fleets to American-made electric vehicles. He also unveiled a tax proposal to help finance upgrades at U.S. factories and discourage companies from outsourcing jobs.