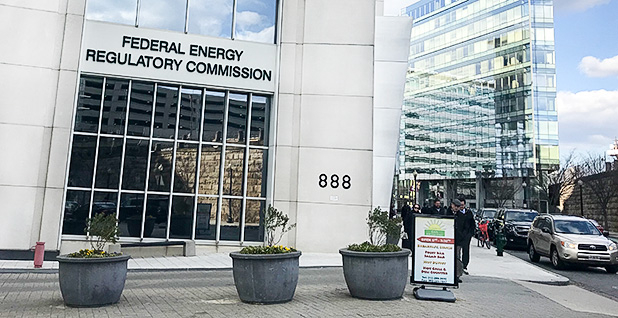 The National Environmental Policy Act (NEPA) does not require the Federal Energy Regulatory Commission to study upstream and downstream greenhouse gas emissions associated with the natural gas projects the agency authorizes, government lawyers wrote in a Friday filing with the U.S. Court of Appeals for the District of Columbia Circuit.

Because gas infrastructure demand follows gas production, "it is unknown — and virtually unknowable — whether the gas to be transported on the Project will come from new or existing production," federal counsel wrote in the brief.

FERC’s brief is a response to a lawsuit filed by the nonprofit group Otsego 2000 contesting the agency’s decision last year to scale back its consideration of climate impacts in natural gas project approvals (E&E News PM, May 18, 2018).

Six states and the District of Columbia last month called on the D.C. Circuit to scrap the policy shift, which was announced in a procedural document denying a request to rehear FERC’s authorization of Dominion Energy Transmission Inc.’s New Market Project in New York.

FERC’s Democratic commissioners, Richard Glick and Cheryl LaFleur, supported the denial but disagreed with the inclusion of the policy change.

"This decision clearly signaled that the Commission should be doing more as part of its environmental reviews," LaFleur wrote in her dissent.

After the D.C. Circuit sent the Sabal Trail review back to FERC, the agency wrote that it could not find a "widely accepted standard" for determining the significance of greenhouse gas emissions, rejecting tools like the social cost of carbon and state emissions inventories.

"The Commission’s only tool to address any concerns it may have regarding downstream greenhouse gas emissions would be to decline to authorize the pipeline project," FERC attorneys wrote Friday.

The agency noted that Sierra Club and other opponents did not sue after the Sabal Trail case was remanded.

The absence of a challenge does not imply agreement, Elizabeth Benson, an attorney representing the Allegheny Defense Project, responded at the time.

"Of course, in any particular case, parties are free to seek judicial review of the Commission’s determination as to whether or not upstream and downstream activities are project-related effects for purposes of NEPA," FERC wrote in its reply last week.

Final briefs in the case are due March 8.