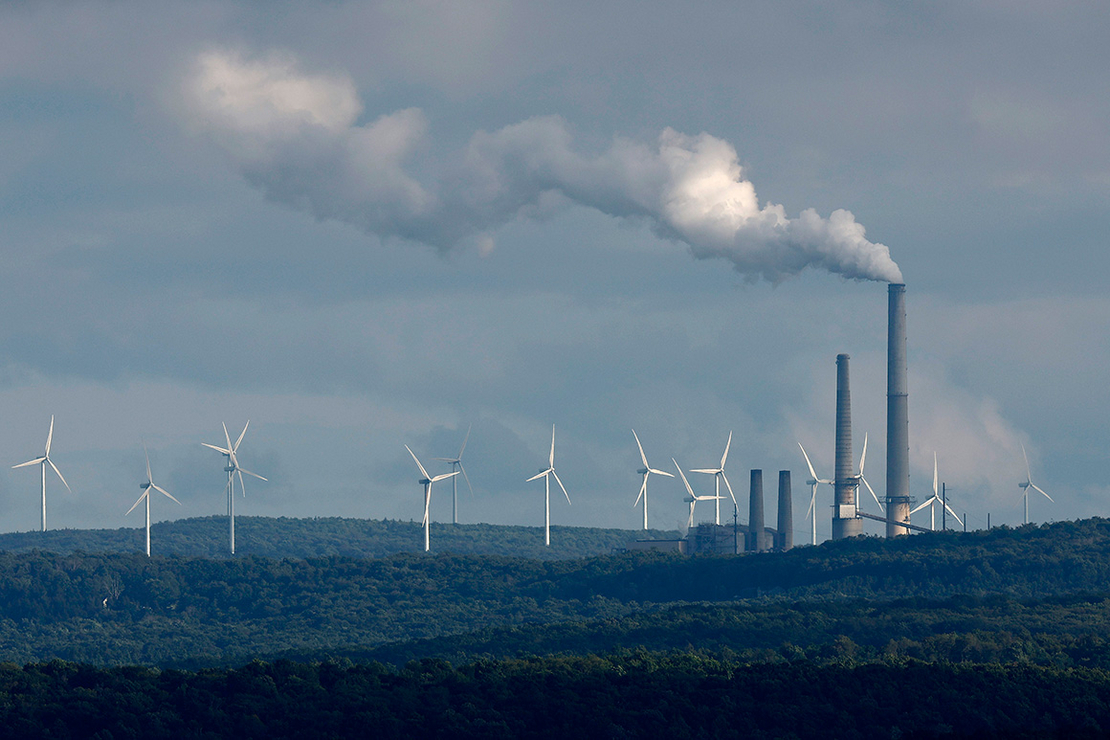 And some maintain that peak could be reached as soon as 2025.

The $370 billion in clean energy funding will rapidly scale up solar and wind to power the electric grid while ramping up the share of new vehicles that are electric.

Zeke Hausfather, who leads climate research at Stripe, a financial services firm, said the effect of the new law will be “demand destruction for fossil fuels.”

“We’re quickly going to reach a point where there is not enough demand for U.S. oil and gas. The production keeps decreasing, and if you get into a world of falling demand, it really changes the calculus in a lot of ways,” he said.

Much of public attention has focused on the law’s power to transform the use of clean energy technologies, for good reason.

There is plenty of room for growth in clean energy, which accounts for about 20 percent of American electricity generation, and electric vehicles, which constitute about 5 percent of new U.S. vehicle sales. The Inflation Reduction Act zeroes in on expanding both, which will quickly drive down demand.

But it’s also important to note that the United States will soon turn a corner on fossil fuel demand, Hausfather said. That falling demand will blunt the law’s provisions that secure fossil fuel production, such as offshore oil and gas leasing, he said.

“If you’re an oil company and you’re trying to decide if you want to spend seven years developing an oil platform in the Gulf, that might not sound like a very safe investment in a world where 14 percent of new vehicle sales are electric,” he said.

The Inflation Reduction Act is so transformative that without it, fossil fuel consumption — mostly natural gas — in the United States would continue rising, said Paulina Jaramillo, a professor of engineering and public policy at Carnegie Mellon University.

“We would most likely not see peak fossil fuel consumption in the next 40 years without policy intervention,” she said. “If it’s left up to the normal forces, we would see an expansion of fossil fuel resources.”

Even some major oil companies, such as BP PLC, see peak demand cresting in just a few years — somewhere between 2025 and 2030 — as a result of clean energy expansion, according to a report compiled by Rystad Energy, a research firm based in Norway.

That demand destruction will be accelerated not just by the federal spending on clean energy tax credits, but also by about $270 billion in private funding, as companies take advantage of those incentives.

The Inflation Reduction Act will boost solar and onshore wind capacity by 40 percent by the end of the decade, according to an analysis released Monday by Rystad. That will account for an extra 155 gigawatts of power that likely would not be available without the bill.

It creates a new momentum for the onshore wind industry, which was expected to be stagnant by 2030. Today, the United States has almost 140 GW of onshore wind capacity, and the Inflation Reduction Act will double that by the end of the decade, Rystad found.

The Inflation Reduction Act is different from past climate efforts, which largely focused on emissions reductions, in that it is a transformative, economywide shift toward clean energy and expanded electrification, said Leah Stokes, a professor of climate and energy policy at the University of California, Santa Barbara.

When you combine clean energy with electrification, it’s a game changer when it comes to demand for fossil fuels, she said.

“Electrification is a wholesale switch from one kind of fuel to another. It’s not saying ‘I’m going to use less gas to run my furnace, or use less oil to run my car,’” she said. “That’s a complete shift in a fuel source, and I do think we’re probably going to see demand fall.”

What that means for the rest of the world’s fossil fuel demand is not yet clear, but the Inflation Reduction Act will likely have a spillover effect on other countries, Jaramillo said. She said the United States is now much closer to meeting its emissions reduction goals under the Paris climate agreement, which will put pressure on other countries to reduce their fossil fuel consumption and move up peak global demand. In addition, she said, the bill makes investments in clean energy and emissions reduction technology, such as carbon capture, that can be shared with other countries.

That spillover, she said, has already proven successful in China, which has expanded its renewable energy, driving down prices for components around the world and spurring a more rapid build-out of solar around the world.

“The investment we make here could help improve the technical performance and reduce the cost of these technologies and those improvements would spill over to other markets,” she said.