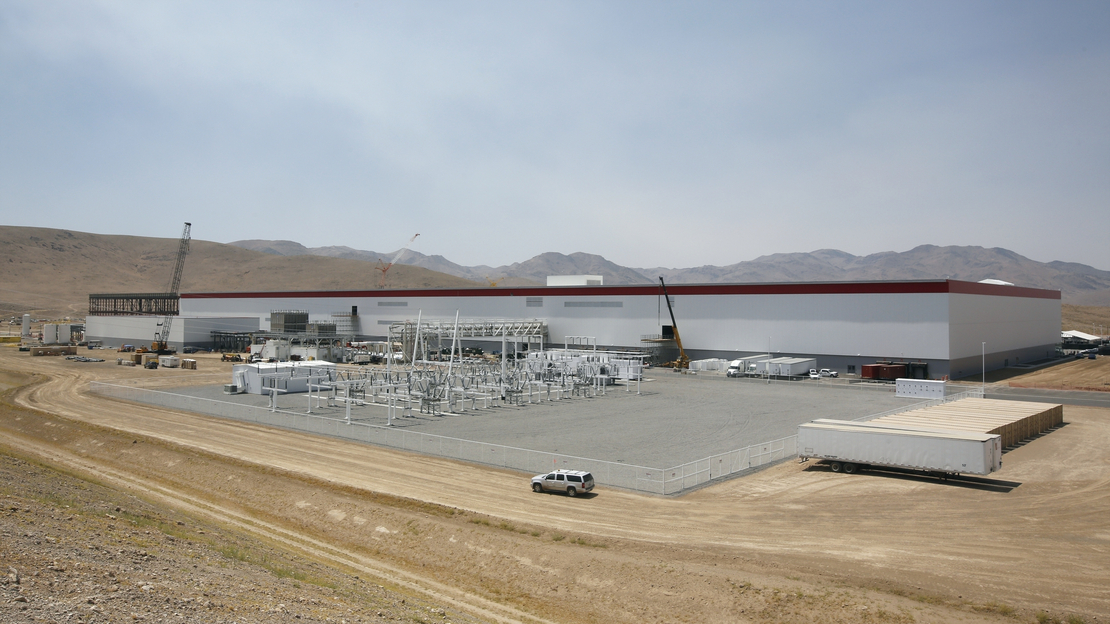 A controversial provision in the Inflation Reduction Act appears to be having its intended effect.

The climate and health law included a $7,500 tax credit for electric vehicles, but EV buyers can only receive the full amount if the car’s battery components are manufactured in North America. That’s not the case for most car models.

The requirement was a wake-up call for the EV industry, which is largely reliant on supply chains originating in China. It was also a risky call to action. Manufacturers would need to dive head first into battery production in the U.S. to make the valuable tax credits viable.

That wager is starting to pay off.

EV battery manufacturing is showing signs of a boom in the U.S., said Michael Plante, a senior research economist at the Federal Reserve Bank of Dallas, where he has done research on EV and battery markets.

The EV industry is riding a wave of optimism, eyeing tens of billions of dollars in announced investments that stand to spur exponential growth in American companies as they fight for prominence in the global EV market, according to experts and advocates.

“There’s all sorts of money flowing around right now, and it’s enough money to move the needle in terms of battery production,” Plante said. “That’s a big deal.”

Planned investment in gigafactories — huge facilities dedicated to lithium-ion battery manufacturing — currently exceeds $40 billion. Much of that funding has come in the past few years, driven largely by a surge in EV demand, according to a report published last week by the Federal Reserve Bank of Dallas.

Automakers and battery manufacturers have committed to investing nearly $100 billion in transportation electrification in the U.S. since 2017, according to a September report from the Alliance for Automotive Innovation. By 2025, domestic battery plant manufacturing capacity could increase by about 333 percent over 2020 levels, the trade group estimates.

The Inflation Reduction Act appears to have catalyzed even more domestic battery manufacturing.

North American lithium battery manufacturers — most of them in the U.S. — currently produce roughly 100 gigawatt-hours of battery capacity annually. (A “gigafactory” can make enough batteries annually to store 1 GWh of energy, enough to power between 10,000 and 20,000 EVs.)

That output is expected to double in the next two years and could be as high as 1,000 GWh by 2030, Godfrey said. Benchmark Mineral Intelligence, a price-reporting agency for the lithium-ion battery to EV supply chain, has reported similar estimates.

“Those are absolutely big jumps,” Godfrey said. “Nowhere does this domestic prioritization come through more clearly than in the new [Inflation Reduction Act] EV tax credits.”

‘Big challenge ahead of us’

A robust and reliable EV supply chain in the U.S. could help make EVs more affordable and more plentiful. Demand for EVs far outpaces the number of vehicles automakers currently produce, and greater EV uptake will be needed to reduce transportation emissions and meet the Biden administration’s climate goals.

Greater domestic battery production would also help bolster American energy independence, which could become increasingly important amid ongoing geopolitical threats such as the war in Ukraine and China’s contentious relationship with the U.S., according to advocates.

“Right now, North America simply lacks sufficient production to be a key component of our transportation, consumer electronics, energy storage and technological demands,” Miksad said. “We’ve got a big challenge ahead of us on that front.”

EV uptake is likely to continue its ascent, and the critical minerals required for lithium battery manufacturing — lithium, nickel and cobalt — aren’t being mined in the U.S. in meaningful quantities. New mining projects face long permitting processes, and recycling pathways for those metals aren’t built out.

President Joe Biden invoked the Defense Production Act in April to boost mining, processing and recycling of critical minerals in the U.S. In May, the administration announced $3.1 billion in grants from the bipartisan infrastructure law to establish a domestic supply chain for advanced batteries to be used in EVs and for energy storage (E&E News PM, May 2).

The CHIPS and Science Act, passed in August, is intended to boost semiconductor production, which will benefit domestic manufacturing of solar panels and EVs. And the Inflation Reduction Act includes billions in clean energy subsidies that could fund research and innovation for the EV industry.

“I think there is both a space and interest to talk more if we’re serious about building a soup-to-nuts supply chain in the United States for EVs and EV batteries,” said Godfrey of Advanced Energy Economy. “We need to be talking seriously about how we responsibly ramp up.”