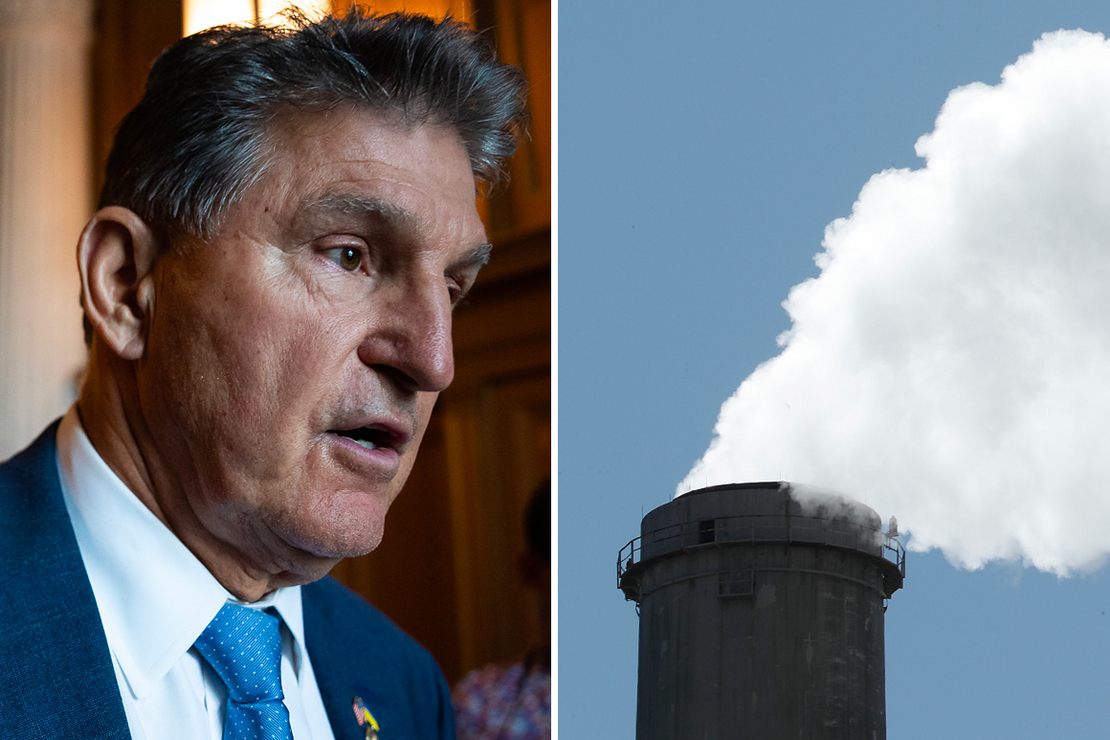 Competitive Power Ventures Inc. announced plans Friday to build a multibillion-dollar natural gas power plant in West Virginia with carbon capture technology, saying the project would not be possible without the new climate and energy law.

The 1,800-megawatt project will be operational later this decade, according to CPV, a Maryland-based power generation development company. It joins a handful of power plants worldwide aiming to be equipped with carbon capture, which traps carbon dioxide emissions before they enter the atmosphere.

Sen. Joe Manchin (D-W.Va.), who spoke Friday at CPV’s announcement in Charleston, W.Va., said the plant is a $3 billion investment that “will provide a thousand jobs when all is said and done.” He used the opportunity to stress the importance of ensuring the U.S. is “energy independent” amid Russia’s invasion of Ukraine and decision to cut off natural gas to Europe.

“That makes the difference that makes a project like this work,” Manchin said Friday. “That’s the purpose, and that’s the reason.”

“It is important to see more power generating facilities utilizing CCUS technology, especially in states that depend largely on fossil power like West Virginia,” Abouelnaga said in an emailed statement.

Multiple companies are planning to outfit natural gas power plants with carbon capture, according to a database maintained by the Clean Air Task Force, an environmental group. The California Resources Corp. plans to add CCS to its Elk Hills power plant, for example, while 8 Rivers Capital LLC announced last year that it would build two emissions-free gas plants — one in Illinois and one in Colorado — using technology from NET Power LLC (Energywire, April 16, 2021).

Globally, the only commercial-scale power plant currently operating with carbon capture is the Boundary Dam Power Station in southeastern Saskatchewan, Canada, which is coal-fired. The Petra Nova project in Texas entered a mothball status in May 2020 (Energywire, July 11).

CPV will make an announcement later this year about where in West Virginia the project will be located, said Amber Vineyard, a project spokesperson, in an email Friday. Local news outlets, however, reported that the project would built in Doddridge County in the northern part of the state.

“The 45Q enhancements contained within the IRA will close the cost gap for deployment in higher-cost sectors, including industry, power, and direct air capture,” said Jessie Stolark, the public policy and member relations manager at the coalition, in an email Friday.

CPV did not provide details about what it plans to do with the captured CO2. But Friday’s announcement drew some criticism from Ohio River Valley Institute (ORVI), a think tank working to create a “more prosperous, sustainable, and equitable Appalachia.”

“Once it is completed, the proposed plant will inflict higher taxes and higher utility bills while still contributing to pollution and the loss of jobs and population that has accompanied natural gas development in Appalachia,” ORVI senior researcher Sean O’Leary said in an email.

“In short,” he added, “if the objective is to decarbonize our energy sector at the lowest possible cost, with the greatest reduction of greenhouse emissions, and with the greatest amount of job creation, the development of renewable resources would do a much better job of all three.”

Dan Lockwood, a spokesperson for the PJM Interconnection, a regional transmission organization, confirmed that West Virginia falls within PJM’s footprint, but directed specific questions back to the project developer.

Vineyard, the project spokesperson, said CPV will be working closely with local, state and federal representatives through the permitting process.

“A project this size and complexity is going to require several years of construction and commissioning to complete,” Vineyard said in an email. CPV did not provide a specific year for the plant’s completion.