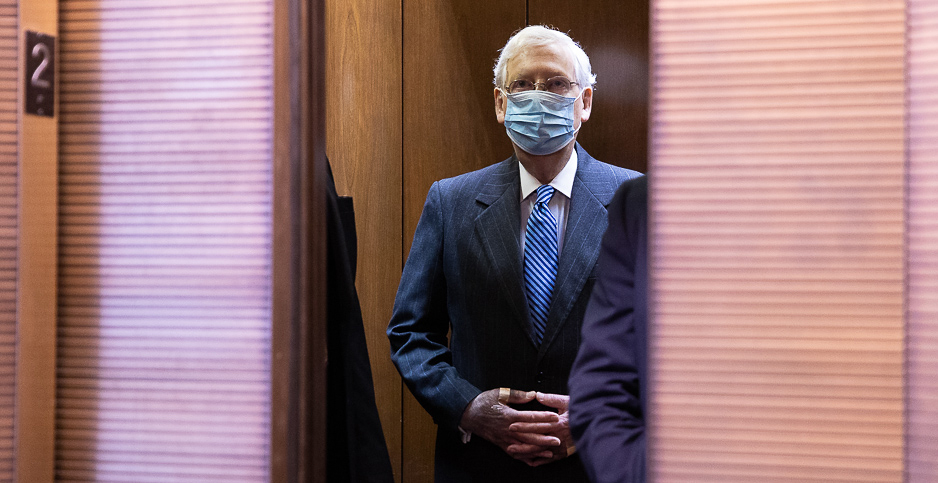 With divided government on the horizon, the sweeping legislative response to climate change that many corporate leaders say they support is likely off the table, according to political experts.

But lobbyists and insiders believe there may still be opportunities in the coming years for corporations to shape climate policy — even if Democratic presidential nominee Joe Biden wins the White House and Senate Majority Leader Mitch McConnell (R-Ky.) continues to run the upper chamber.

The coal-friendly Senate boss "is motivated by keeping his party in power," said former Sen. Mary Landrieu (D-La.). "If he recognizes that there is really growing momentum among Republican business leaders to move something forward on climate, there’s some push from Wall Street … [then] I’d like to think he’ll be open to reasonable suggestions."

Landrieu said McConnell and other Republicans could be influenced by the importance of climate change to younger voters, including self-identified conservatives. She is now a senior policy adviser at the firm Van Ness Feldman and lobbies for liquefied natural gas companies.

While progress on federal climate policy has stalled during the Trump administration or gone into reverse, corporate America is more engaged on climate change than at any time since 2009.

At that time, a blue wave arrived in Washington. Barack Obama entered the White House and Democrats added to their congressional majorities, gaining a veto-proof block in the Senate.

But in 2010, a sweeping climate bill from former Democratic Reps. Henry Waxman of California and Ed Markey of Massachusetts and backed by a broad coalition of businesses and environmentalists died in the Senate without receiving a vote.

The lesson from that experience — and a similar fight over the Obama administration’s industry-friendly health care reform bill — was that climate "just wasn’t viewed as a policy issue," said Phil Barnett, who served as a top aide to Waxman for a quarter of a century. "It was viewed as a partisan issue."

That was a change from the way Republicans had approached issues of concern to business in years past, according to Barnett, who co-founded Co-Equal, a nonprofit that works to strengthen the legislative branch.

It used to be "if you got things that worked for industry while still meeting the environmental goals you could get a lot of support on both sides," he said. "But to me, it’s just a fundamental question: Does the world work that way anymore?"

The looming lobbying blitz around climate policy could provide an answer.

"Once national industry associations start to shift their positions in ways that are opposed to oil, gas and coal, that’s when we’ll really start to see the needle shift," predicted Christian Downie, an Australian researcher who published a book last year about climate lobbying by the U.S. energy industry.

The Business Roundtable and U.S. Chamber of Commerce have recently come out in support of curbing emissions. But those powerful national trade associations haven’t begun to aggressively lobby for any particular climate policies (Greenwire, Sept. 16).

If they do, they could find more Republicans ready to listen, according to former Rep. Carlos Curbelo (R-Fla.).

"It’s very important to understand that the political environment is vastly different than it was in 2010," said Curbelo, who helped launch the Climate Solutions Caucus, a bicameral effort to build support for climate policy on both sides of the aisle.

"Big business is going to really push Republicans to get in the game and sit at the table this time because the most important thing for corporate America is certainty," Curbelo said. "Even if they have to pay more, they want to know what to expect for the next decade or so when it comes to this issue."

With a likely Biden administration looming, the bottom line for businesses and Republicans is that federal action on climate change is coming — with or without them.

"I am optimistic about what he will be able to achieve, consistent with what the science is," Barnett, Waxman’s Energy and Commerce Committee staff director, said of a potential Biden presidency.

"It would be ideal if the Congress could deliver everything that’s needed — the investments and the mechanisms," he said. While Barnett said a comprehensive climate bill is probably not in the cards, there are a lot of emission-cutting measures that could be tucked into coronavirus stimulus spending or energy legislation, for example.