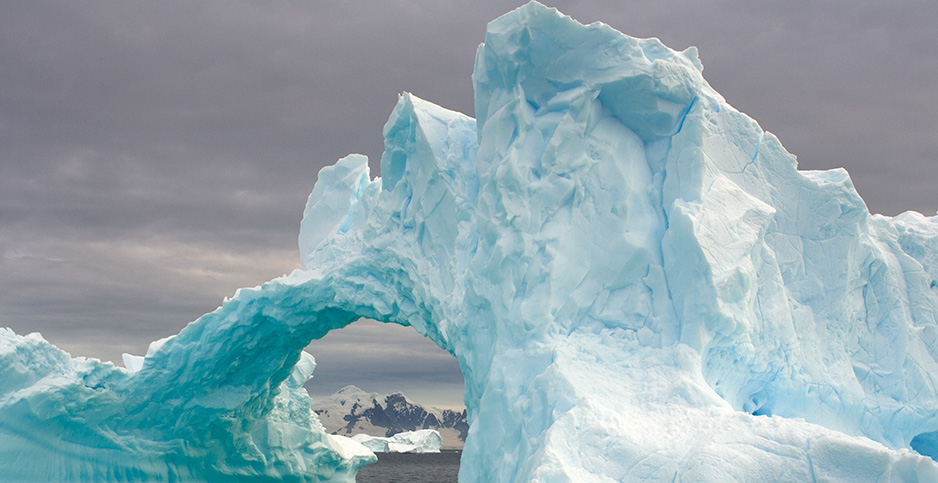 Antarctica is a land of enigmas and contradictions — especially in the age of climate change. While the Antarctic region is warming on the whole, not every part of the continent is heating up at the same pace. In fact, some areas appear to be cooling.

Much of West Antarctica, for instance, is rapidly warming. That’s expected. The east side of the ice sheet, on the other hand, has exhibited much more complicated trends. Data suggests that much of East Antarctica has either not warmed at all in recent decades or has gotten slightly cooler, especially during the Antarctic summer.

Scientists are piecing together the reasons why. Studies have suggested that the infamous Antarctic ozone hole — which is currently healing — might have altered the atmosphere in ways that contributed to the cooling trends. Certain natural climate cycles, affecting the strength and position of wind patterns around Antarctica, likely have played a role too.

Now, scientists say, climate conditions in the faraway tropics may be part of the puzzle.

A new study in Science Advances, led by Pang-Chi Hsu of Nanjing University of Information Science & Technology, finds that a natural tropical climate cycle can affect temperatures at the bottom of the world. It’s a phenomenon known as the Madden-Julian oscillation, or MJO — a pattern of short-term fluctuations in tropical weather.

The MJO consists mainly of a moving pulse of clouds and rainfall, traveling through the tropics from west to east. The location and strength of the MJO can change on short time scales, often shifting on a monthly or even weekly basis.

These shifts can have far-reaching effects, the new study finds. They can influence weather patterns thousands of miles away.

In recent decades, the MJO has become less active in the Indian Ocean and more active in the western Pacific, the new research finds. The study estimates that these shifts can account for anywhere from 20% to 40% of the cooling trend in East Antarctica over the last 40 years.

While the MJO is a natural climate fluctuation, human-caused climate change likely plays a role as well.

Some of the shifts in the MJO’s activity are likely linked to recent changes in the tropical oceans. Studies show that a large patch of unusually warm water, known as the Indo-Pacific warm pool, has nearly doubled in size over the last century. Research suggests human-caused warming is a major reason for it.

Furthermore, the new study adds, most climate models suggest that future warming will continue to intensify MJO activity in the western Pacific.

What that means for East Antarctica is a complicated question. The cooling trend could continue to intensify. At the same time, human-caused warming over Antarctica is expected to grow stronger. At some point, warming may start to win out.

The new study is the latest to highlight the complicated, sometimes counterintuitive ways climate change is playing out in Antarctica. It’s hardly the only example.

For much of the 20th century, the Antarctic Peninsula was one of the fastest warming regions on the planet. But the trend reversed around 1998, and the region began to cool. The shift is likely driven by natural climate fluctuations, research suggests.

Still, the cooling trends so far don’t outweigh the previous warming trends. And as climate change continues to intensify, human-caused warming likely will win out again within a few decades, scientists say.

The geographic South Pole, located near the middle of the Antarctic continent, also has experienced a recent shift in temperature trends. For much of the 20th century, the South Pole was getting cooler. But beginning in the 1990s, temperatures started rising by about a degree Fahrenheit each decade. That’s about three times faster than the global average.

Research suggests much of the warming can be attributed to shifts in natural climate cycles. But human-caused climate change probably has played a role as well.

Scientists have a variety of theories about why this has happened, including both natural climate cycles and patterns related to global warming (Climatewire, July 2, 2019).

The perplexing patterns in Antarctica sometimes have been seized upon by climate deniers, who use them to suggest that global warming isn’t happening or isn’t that severe. That’s not the case.

As the new study illustrates, some of Antarctica’s confusing cooling trends are actually linked to warming after all — in other parts of the world.

It’s a reminder that climate change impacts don’t always stay in one place. The planet is a vast, but profoundly interconnected, system. A small shift in one spot can produce ripples that reach to the ends of the world.