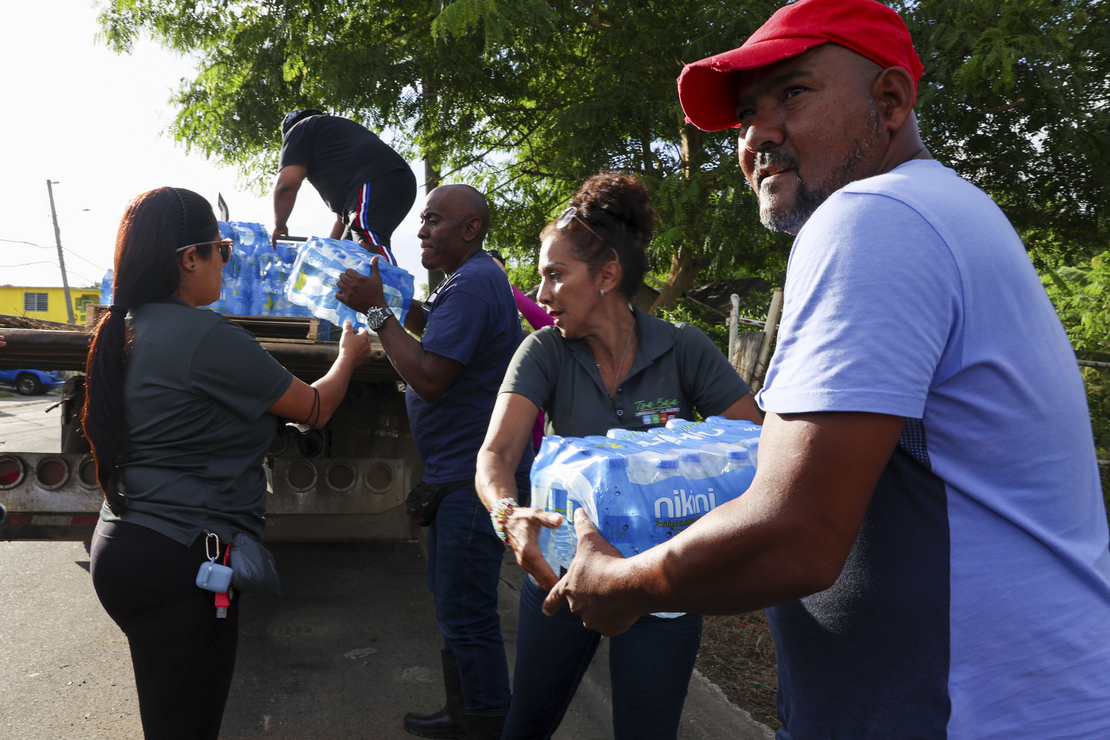 Drinking water disasters across the United States in recent weeks are magnifying vulnerabilities in the nation’s water grid as operators grapple with record-setting drought and floods that can knock out aging systems for weeks.

From Jackson, Miss., to Puerto Rico and beyond, a former top federal official who oversaw the nation’s emergency response says American water systems are using outdated flooding data and failing to prepare for a more hazardous future.

At a House hearing earlier this week, Craig Fugate, administrator of the Federal Emergency Management Agency from 2009 to 2017, recalled how he responded to flood-related drinking water crises in Nashville, Tenn., and Columbia, S.C., during his tenure at the agency. And he warned that more communities are on the brink of disaster.

“Those are just tips of the iceberg,” Fugate told the House Homeland Security Committee.

Most drinking water systems that rely on surface water, he said, were built based on a so-called 100-year flood zone, which he said is a “misnomer” that comes from the national flood insurance rate maps of special risk areas. The terminology, he said, is misleading because the risk was based on historical averages looking back 100 years, instead of into the future to account for increasingly hazardous, record-setting storms and flooding.

Fugate’s comments echo a Government Accountability Office report from last year that found federal maps showing areas of the country most at risk of flooding to be misleading and not reflective of hazards such as heavy rainfall and climate change (Climatewire, Oct. 26, 2021).

“We had five 1,000-year events in five weeks,” said Fugate. “Not only do we have aging infrastructure, which EPA estimates about $750 billion worth of repairs need to be made, many of our water treatment plants across the nation are at increasing risk in these extreme rainfall flood events because they were built for the last 100 years.”

Fugate pointed to the disaster that struck Mississippi’s capital city of Jackson last month after its water system was overwhelmed by floodwaters from the Pearl River. City officials there pegged the plant’s woes on a combination of lagging maintenance, insufficient staffing, a chemistry shift as the facility was swamped by floodwaters, and long-standing infrastructure woes tied to the city’s demographics and political power (Greenwire, Sept. 7). Jackson, a Democratic-led city, is nearly 82 percent Black, with a poverty rate at almost 27 percent, slightly higher than the rest of Mississippi, according to the Census Bureau.

Another disaster is unfolding in Puerto Rico, where officials are struggling to return power in the wake of Hurricane Fiona, which left more than 3 million people without power to run filtration systems or power pumps needed to deliver clean water for drinking, bathing and flushing toilets (Energywire, Sept. 21). Five years ago, a hurricane devastated the U.S. territory and killed just under 3,000 people.

Fugate said threats are mounting for water systems, and that smaller communities and communities of color lack resources to maintain operations while grappling with the threats of flood in some places and drought in others.

“It’s just a matter of time before they fail or we have another disaster,” he said.

While the hearing earlier this week was focused on Jackson, members repeatedly asked what other cities or communities could be in a similar position, pointing to lead crises in Flint, Mich., and Chicago, and contamination in Baltimore.

Fugate, who now lives in Florida, said there’s a plethora of at-risk communities that haven’t had the necessary investment or maintenance, and people there don’t have the resources or know-how to navigate the process of applying for and securing federal grants, calling it a “resiliency divide.”

“Where I’m at in north Florida, big communities will probably get the grants,” said Fugate. “Vulnerable communities that sit on rivers and streams that will impact their systems, as we saw back in 1998 when we had flooding across the state … the ones that got wiped out were the small jurisdictions that didn’t have the resources to build higher, and they had total failure.”

Rep. Val Demings of Florida responded by pondering aloud whether Congress is going to be proactive or sit back and wait for the next disaster to unfold, likely in an underserved community. “We know that communities of color and rural and small communities have been left behind and left out of the process,” said Demings. “The question today … is how do we fix that.”

The threat has long been simmering under the federal government’s watch. In 2020, the GAO released a report urging EPA to identify technical assistance providers and to create a network to help water utilities incorporate climate resilience into infrastructure projects. The federal watchdog also called on Congress to consider requiring that climate resilience be incorporated in the planning of all drinking water and wastewater projects that receive federal financial assistance.

Fugate echoed those recommendations, and called on the House committee to ask agencies like EPA and FEMA to conduct a risk assessment of existing drinking water facilities based on increasing flood risk and aging infrastructure to identify vulnerable communities. He also said those reviews must consider past actions that have resulted in a lack of investment or barriers to federal funding at the local level for repairing and upgrading drinking water systems.

Federal regulators, Fugate added, need to focus on how much water it will take before an individual water treatment facility fails, be it inches or feet. That, he said, will help feed into a “triage list.”

“A triage list is where I’d start, get all the agencies together and say, ‘Can we come up with a criteria to measure against water systems?’” he said. “If the water goes out in the city of La Crosse [Wis.], not only do they not have drinking water, they don’t have firefighting water.”