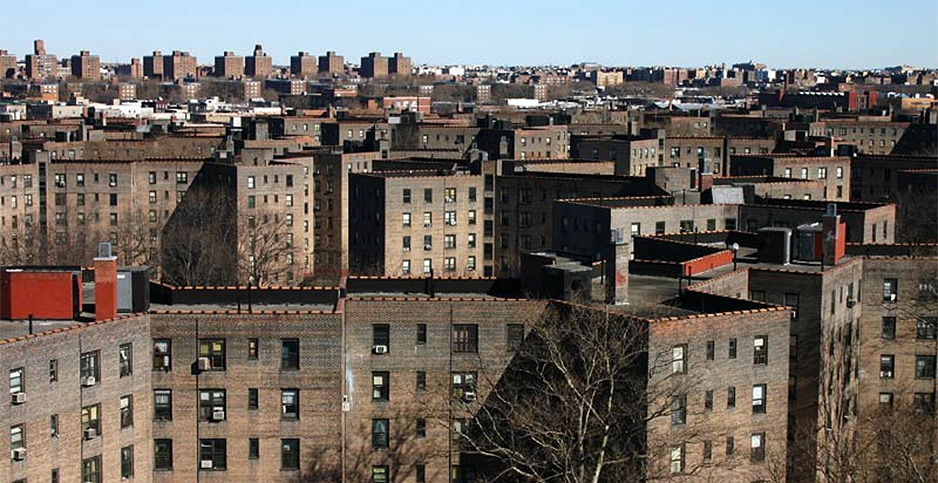 The intent was to target a stubborn hurdle in the fight against global warming: building emissions, which account for 70% of New York City’s carbon footprint and 12% nationwide.

There was a problem, however.

The proposal before the New York City Council didn’t take into account how the measure would affect low-income renters. Specifically, the energy-efficient retrofits would have fallen under "major capital improvements" — a designation that landlords could use to raise prices on rent-controlled tenants who usually are insulated from such hikes.

The unintended consequence set off alarm bells at the NYC Environmental Justice Alliance.

"You can’t have a progressive policy that among its outcomes has a disparate impact on low-income people of color," said NYC Environmental Justice Alliance Executive Director Eddie Bautista. "You’re just creating another social problem."

The group ultimately helped amend the plan to exempt buildings with certain amounts of rent-controlled tenants from the efficiency mandates, and it became Local Law 97 last year.

Climate advocates say the episode is emblematic of an overlooked conflict in climate policy. Proposals to make buildings and communities more climate-friendly often collide with efforts to keep housing affordable.

It’s a problem likely to grow more pronounced as the effects of climate change get worse, and cities respond with new tactics. Those include efforts to encourage home-building around transit, discourage home-building in at-risk areas and mandate energy efficiency upgrades.

Experts warn those changes — while often necessary — can come at a cost for low-income renters in rapidly changing neighborhoods.

"To a certain extent, folks who are focused on climate policy and the implications of climate change have been siloed and folks who have been focused on housing and affordable housing issues have also been siloed in their own respective fields," said Julia Stein, project director at UCLA’s Emmett Institute on Climate Change and the Environment.

"People are just now starting — over the past couple of years — to really start to have these deeper conversations about how these two sets of policies can intersect," Stein said.

The tension between affordable housing and climate policy is as long-standing as it is complicated, say experts.

Khalil Shahyd of the Natural Resources Defense Council says striking a balance is a "development imperative" when examining green infrastructure and climate adaptation.

"People aren’t going to be able to work or participate in a green economy if their homes are going to be destabilized and under threat by the very investments that we are driving to bring down the carbon emissions," Shahyd said. "Housing policy is climate policy."

Part of the trouble is that proposed climate policies often don’t account for deeply rooted social inequities in real estate. That’s a challenge because confronting climate change requires a massive social shift that requires broad buy-in — which can’t be done if people can’t meet basic needs such as heat and housing.

Some proposals tried to balance those competing aims. The oft-debated Green New Deal, for example, makes a point of intertwining social reform with climate policy.

But the broad ideals can hit snags when confronted with actual policy.

For example, developers might use government subsidies to "green" their buildings by updating windows or HVAC systems. The improvements, however, could put these residences out of reach for some tenants because the perceived value of the units increased.

"If we retrofitted every home that we could in the U.S. today — single family, multifamily — it’s inevitable that we’re going to increase the cost of that housing, cause that’s just what it does," Shahyd said.

Without talking about both climate mitigation and housing rights, Shahyd said building policies could contribute to another problem: gentrification.

The city of Los Angeles offers an example.

LA incentivizes development near public transit areas to encourage residents to ditch their cars. But the base of transit ridership in the city are low-income commuters — who end up getting steadily priced out of their homes and neighborhoods.

A joint study by UCLA and the University of California, Berkeley, revealed that the most rapidly gentrified areas of LA are situated near mass-transit lines.

The result, noted UCLA’s Stein, is more marginalized groups moving farther away from their neighborhoods, where they’ll need to buy cars to get to workplaces and schools.

"Paradoxically, their [vehicle miles traveled] may increase, and then there are other community losses too, maybe inability to socialize with friends and family who live in a particular community," Stein said.

A study published in Urban Climate this year revealed a similar gentrification phenomenon in Philadelphia.

They found a dual problem. "Early gentrifiers" lobbied for valuable green infrastructure projects in certain neighborhoods, which priced out lower-income residents who moved to less expensive areas where such infrastructure was not being built at all.

"During this period, marked by extreme gentrification in the city center, the numbers of Black and Hispanic lower-income residents declined in gentrifying resilience-invested areas while they increased in neighborhoods where GRI investments did not occur in the most recent period," the authors wrote.

While New York City buildings with certain amounts of rent-controlled tenants were offered "alternative compliance" measures to avoid rent hikes that could have come with Local Law 97, Mulgaonkar noted that the measure came with another problem.

It left a host of buildings uncovered by the mandate to install energy-efficient upgrades. Which can hurt renters’ finances.

A 2018 report on New York energy efficiency revealed that efficiency measures would be a boon for impoverished neighborhoods with disproportionately high energy bills. But they aren’t actually making it that far.

Building weatherproofing measures and other efficiency goals specifically targeted for low- to moderate-income households only reached 12% of the intended households, according to the report.

And low-income urban homes heat up the fastest as summers get hotter.

"There’s so many benefits to energy efficiency, but at the same time we’re trying to be mindful of landlords who are passing those costs onto tenants," Mulgaonkar said. "It’s definitely a tricky bind."

Green building rules can have other unintended consequences, too.

Residents and towns, for instance, can sometimes use environmental regulations as a tool to stop housing projects they oppose, said University of Connecticut land use scholar Sara Bronin.

"We’re dealing with that issue right here in Connecticut, where there’s a state law that enables too many people to intervene to stop an affordable housing project ostensibly on environmental grounds," Bronin said.

She suggested there should be limits on the ability to sue projects — especially when it comes to affordable housing.

Bronin also urged environmental policy leaders to be "intentional" about their policies. Encouraging fewer cars by building bike lanes in predominantly wealthy communities, for example, does little for climate equity.

"If we talk about environmental justice, we actually have to really act on that and be willing to change the environmental laws that we’ve pushed so hard for over many years," she said.

"Environmentalists have to be willing to step in line with affordable housing advocates and embrace their issues and stop working at cross-purposes, because they’re not adversarial," Bronin said.