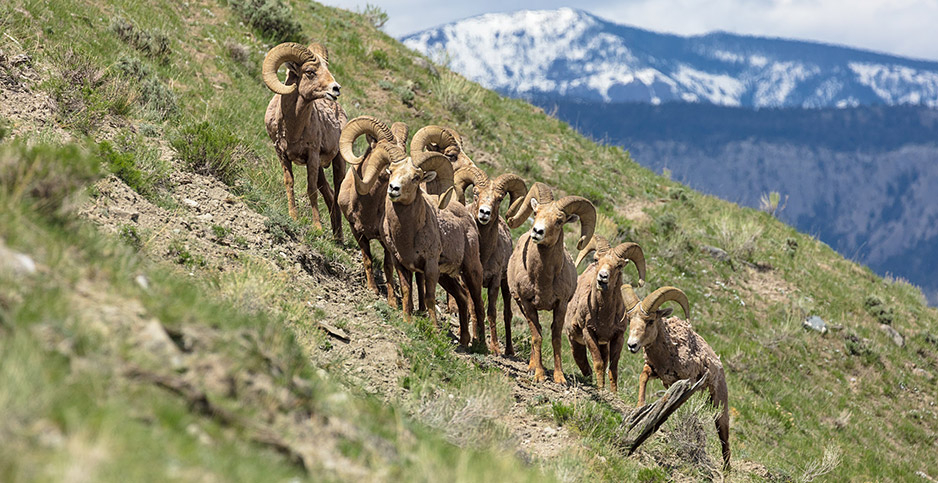 Average temperatures in the Greater Yellowstone Area have increased by 2.3 degrees Fahrenheit since 1950 and could rise by another 10 F or more by 2100, according to a report on climate change released today.

In Wyoming, where an unusual heat wave produced record temperatures just last week, the outlook is particularly dire: Without a reduction in greenhouse gas emissions, the cities of Jackson, Cody and Pinedale, along with Bozeman, Mont., could experience an additional 40 to 60 days each year with temperatures exceeding 90 F by the turn of the century, the report said.

Overall, the report from scientists at the University of Wyoming, Montana State University and the U.S. Geological Survey offered a bleak assessment of the ongoing effects of climate change in the region, which has the largest concentration of wildlife in the lower 48 states and ranks as one of the nation’s most premier tourist destinations.

"In the next 80 years, we expect warming to be as much as 10 to 11 degrees, depending on the greenhouse gas emission scenarios," Steve Hostetler, a USGS scientist and a report co-author, told reporters during a conference call this afternoon.

Scientists examined records from 1950 to 2018 to conduct the study, which also found that the growing season in the area had increased by nearly two weeks during the 68-year time frame, while the average annual snowfall declined by 23 inches.

"The decrease in snow is due to the increase in temperature over time, which caused more precipitation to fall as rain instead of snow," said co-author Bryan Shuman of the University of Wyoming.

Citing geologic studies, the scientists said the average temperature in the area from 1950 to 2018 was as high or higher than any time in the last 20,000 years and likely the warmest of the last 800,000 years.

The report also predicted that annual precipitation in the area could increase by 9% to 15% by 2100, but conditions could still be drier in the summer due to a combination of higher temperatures and evaporation rates.

As a result, the report said, reduced soil moisture in the summer months could make the Yellowstone area even more susceptible to drought and wildfires in the coming years.

"The assessment is intended to provide the best available science on past, present and future conditions in the GYA (Greater Yellowstone Area) so that stakeholders have needed information to plan ahead," said Cathy Whitlock, professor emerita of Earth sciences at Montana State and the report co-lead author.

The National Park Service cites climate change as one of the top management challenges facing Yellowstone, which was created in 1872 as the country’s first national park.

"I don’t think there could be a better time for this assessment to be released," Yellowstone National Park Superintendent Cam Sholly told reporters during the conference call. "You know, climate change is affecting all of us very similarly throughout the GYA, and I think we can do a much better job of coming together to both understand and respond more effectively to the many challenges we face."

The Greater Yellowstone Area, described by the National Park Service as one of the largest nearly intact temperate-zone ecosystems on Earth, comprises more than 22 million acres across Wyoming, Montana and Idaho, with Yellowstone National Park at its core. The area includes Grand Teton National Park, three national wildlife refuges, portions of five national forests, Bureau of Land Management holdings, and other private and tribal lands.

It’s also home for one of the largest elk herds in North America and the nation’s biggest free-roaming herd of wild bison, along with other popular species such as the grizzly bear, gray wolf, pronghorn antelope, bighorn sheep and bald eagle.