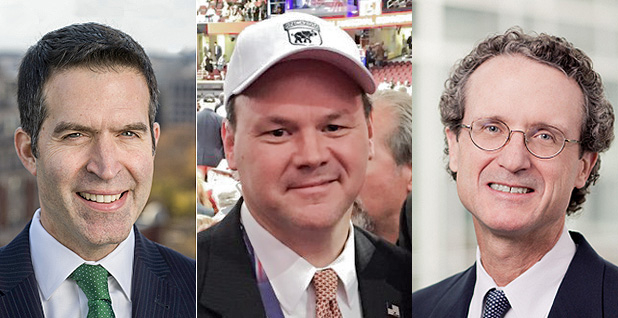 President Trump has privately told Pruitt he supports a public debate to challenge mainstream climate science, administration officials told E&E News (Climatewire, Dec. 11). But the administration isn’t unified behind the idea, and an official said prior to this week’s meeting that "Pruitt has not been given authorization to go ahead with red team, blue team; there are still many issues to be ironed out."

It appears there are still some sticking points within the administration, and it’s unclear when a formal initiative might be announced and what shape it might take. Conservatives and scientists outside the administration who support the general idea of a climate science red team are also divided over exactly what form it should take and where it should be housed (see related story).

"There’s been speculation that Pruitt and the White House have differences of opinion over how it should be launched and what part of the government should be in charge of it," said a source close to the administration.

"So the red team, blue team approach … is something that puts experts in a room and lets them debate an issue," Pruitt said on "Fox & Friends" in September. "The American people deserve that type of objective, transparent discussion."

He added: "We know the climate is always changing. We know humans contribute to it in some way. To what degree, to measure that with precision is very difficult. But what we don’t know: Are we in a situation where it’s an existential threat?"