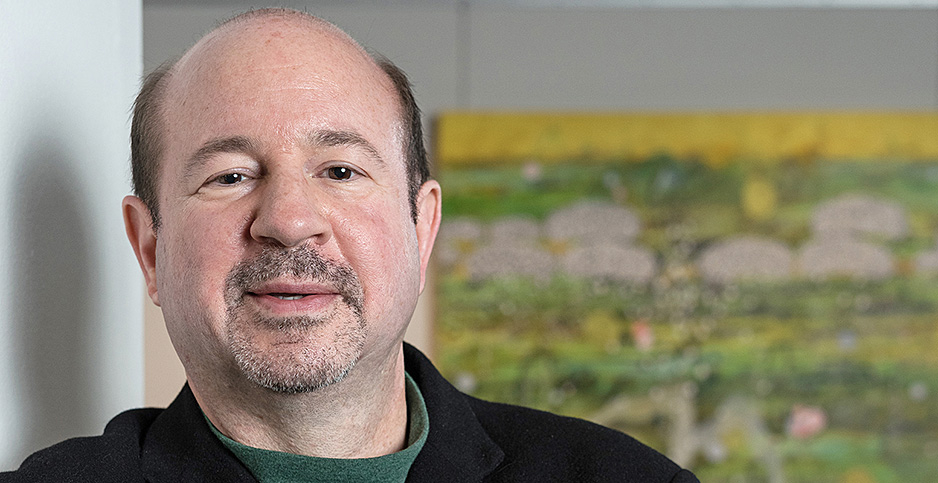 In 1998, Michael Mann published a landmark paper that showed rapid global warming due to human activity.

Now, more than 20 years after the so-called hockey stick graph, the Pennsylvania State University climate scientist is out with a controversial new book.

Published earlier this month, "The New Climate War: The Fight to Take Back Our Planet" contends that the fossil fuel industry and its allies have shifted their strategies for delaying climate action.

Instead of attacking the credibility of the science, these interests are now blaming warming on individuals while arguing it’s too late to prevent catastrophic impacts, according to the book.

A graduate of the University of California, Berkeley, and Yale University, Mann was a lead author on the U.N. Intergovernmental Panel on Climate Change’s Third Assessment Report in 2001.

Ahead of the 2009 international climate summit in Copenhagen, Denmark, hackers stole emails from Mann as part of "Climategate," an effort to discredit climate scientists’ work. Multiple investigations have since upheld his findings. He’s also defended his work on Twitter and through defamation lawsuits against conservative groups.

E&E News obtained a free digital copy of "The New Climate War" and spoke on the phone with Mann about how the fossil fuel industry copied the beverage industry, why lifestyle choices matter less than systemic change and whether he still receives death threats from his critics.

Why did you decide to write "The New Climate War: The Fight to Take Back Our Planet"?

I felt we had reached an important new juncture when it comes to the climate crisis. Outright denial of the science has waned, in large part because it’s just not credible anymore for the forces of inaction — the inactivists, as I call them — to argue that climate change is not happening. The impacts are playing out in real time in the form of devastating, unprecedented extreme weather events.

In the book, you write that the fossil fuel industry wants people to think that individual actions will solve climate change. Why is that?

Well, when I was growing up in the early 1970s, there was a very effective advertisement that showed a Native American with a tear rolling down his cheek. He was crying because of bottles and cans littering the road. And a voice-over said, "People cause pollution. Only people can stop it."

The ad had a fundamental impact on me and a whole generation. We felt empowered to go clean up those bottles and cans. But it turned out we’d all been had. It was actually a [public relations] stunt hatched on Madison Avenue by [Coca-Cola Co.] and the beverage industry in an effort to convince us that bottle legislation wasn’t necessary — we just needed to be better individuals and clean up after ourselves.

The fossil fuel industry has run with that playbook big time. For example, in the early 2000s, [BP PLC] gave us the concept of the individual carbon footprint and the first carbon footprint calculator. It was a classic deflection campaign to divert attention away from systemic solutions and toward individuals. And just like the beverage industry doesn’t want bottle bills, the fossil fuel industry doesn’t want regulations.

Right. Let me be clear — and I’m clear in the book — that we should all do things in our everyday lives to minimize our own carbon footprints. Many of those things make us healthier, save us money, make us feel better and set a good example for others. What we can’t allow is for us to think those things are a substitute for the needed systemic actions.

You know, even some of our most trusted news sources have fallen for this framing. A lot of the articles that The New York Times has run about climate solutions in the past few years have been about your diet or your travel. And I don’t think there’s any malicious intent on the part of the Times. But even well-intentioned people, institutions and media organizations have fallen prey to this tactic.

You also write that people should disregard "doomsayers" who argue that it’s too late to act on climate change. Who are the "doomsayers"?

There are some people who are convinced that we’re going to see runaway global warming that’s going to render all life extinct in a decade. They have argued that we’ll all be extinct in 10 years, and we should really just try to live our lives and accept our fate.

The fossil fuel interests and those doing their bidding have actually promoted that message. They like that message because it potentially leads us down the path of inaction. If you feel there’s nothing you can do anymore about the problem, then why do anything?

Is that message consistent with the scientific consensus on climate change?

No. It all goes back to this erroneous argument that we’re committed to this massive release of methane from the Arctic that will lead to runaway warming. There is no credible scientific evidence whatsoever for that.

There is evidence that methane is being released by melting permafrost and it’s increasing the warming in the Arctic. That process is represented in climate models. But there’s no evidence for any sort of runaway warming scenario, and yet that bad science underlies pretty much all of these doomsday narratives.

Have you received any pushback on the book since it came out?

A little bit online. You know, the book is about how bad actors try to create divisiveness online. So it would be ironic if that didn’t happen. [Laughs]

Some of the people who are criticized in the book have complained. And some colleagues have expressed honest disagreement with some of my points. But the reviews have been mostly positive. And I don’t think anyone can claim that my views aren’t grounded in facts or that they’re not offered in good faith.

I would be sort of insulted if they weren’t a little bit upset by something. I would feel like I hadn’t been successful. [Laughs]

You know, when I went to graduate school for theoretical physics, I never imagined that I’d be at the center of one of the most fractious debates we’ve ever had as a society. But I consider myself privileged to be in this position of public advocacy.

And I’ve been at this for a couple of decades — ever since I published the first study presenting the "hockey stick" curve back in the late 1990s. So I’ve grown a thick skin. I’m like a rhino at this point. The animal, not a "Republican in name only." [Laughs]

When you published the "hockey stick" paper in the ’90s, you were subjected to harassment and death threats. Is that still the case?

A lot of those attacks were aimed at discrediting me before I really had a chance to establish myself. And ultimately, I think they failed. In fact, they sort of backfired. I wouldn’t be nearly as prominent a voice in this conversation today if it weren’t for the platform that my detractors helped provide by making me into sort of a public figure.

In terms of the death threats and the efforts to have me fired, most of that stuff is behind me now. As I said, the new climate war is much less about trying to discredit the science and the scientists — and much more about these insidious tactics that we all have to be on the lookout for.