Climate scientists have a message for the world: Don’t give up 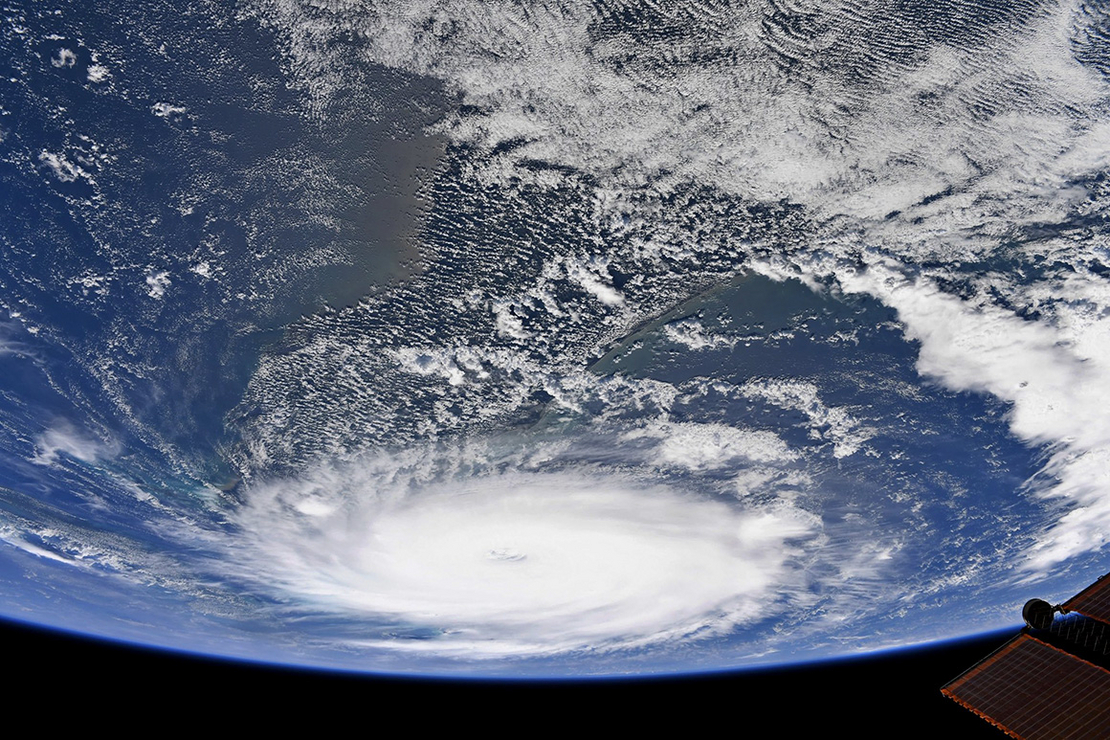 So said a much-anticipated report released Monday by the U.N. Intergovernmental Panel on Climate Change that has inspired dire headlines and international hand-wringing over the starkest warnings yet about droughts, floods, fires, extreme heat, rising sea levels and melting ice.

But climate scientists and authors of the report — the experts most intimately familiar with these grim findings — have a message for the world: Don’t give up. There’s work to be done.

“By nature, I’m not very emotional about this stuff. I am very realistic about things,” said Claudia Tebaldi, an author of the report and a climate scientist with the Joint Global Change Research Institute at the Pacific Northwest National Laboratory. “Yes, it would have been nice to have done something much earlier than this. But I don’t believe in regrets. I just want to do something going forward.”

It’s true that climate change has already dramatically reshaped much of the world. But society has all the tools at its disposal to prevent more warming in the future.

“I’ve been incredibly annoyed by the glib ‘welp-we’re-doomed’ coverage this report has been getting,” said Kate Marvel, a NASA climate scientist, in an email to E&E News. “This is a problem with a solution! With many solutions!”

Around the globe, governments are currently striving to meet the goals of the 2015 Paris climate agreement: namely, keeping global temperatures within 2 degrees Celsius of their preindustrial levels, and within a more ambitious 1.5-degree threshold if possible. So far, the carbon-cutting commitments that participating nations have submitted under the agreement aren’t enough to reach those goals — they’ve put the world on track for close to 3 degrees of warming by the end of the century.

But there’s reason to believe that climate action can still accelerate and put the world back on track, says Zeke Hausfather, director of climate and energy at environmental research center the Breakthrough Institute in California and a contributing author of the new report.

For one thing, the world has already made more progress in the last 10 years than experts might have predicted a decade ago.

“A decade ago, it did seem pretty plausible that the 21st century would be dominated by coal,” Hausfather said. “Global coal use had almost doubled in the previous decade. Global CO2 [emissions] had increased by a third.”

Some researchers argued at the time that it was possible for global coal use to increase sixfold by the end of this century, tripling global emissions.

Instead, coal consumption is now in decline, displaced by cheaper natural gas and renewable energy. The growth of global carbon emissions has slowed over the last decade and is expected to plateau in a matter of years.

And in the last couple of years, dozens of nations have proposed or outlined net-zero targets for themselves — a timeline, typically ending around 2050, over which they aim to reduce their carbon emissions to zero.

There’s still plenty of work to be done. Many of these net-zero targets are proposals only. They aren’t legally binding.

“But we’re finally moving away from this weird situation we had coming out of the 2015 Paris agreement, where we set a goal of 2 C but committed to things that reach 3 C,” Hausfather said.

And there’s an opportunity coming up soon for governments to formally strengthen their pledges under the Paris Agreement. The next U.N. Climate Change Conference — known as a “Conference of the Parties,” or COP — will be held this November in Glasgow, Scotland.

“I hope to see a lot more, and stronger, commitments at the upcoming COP in November,” Hausfather said. “We’re finally starting to see longer-term commitments by countries that are in line with the magnitude of what is needed to actually meet the Paris Agreement targets.”

The Paris climate targets are still within reach, according to the new IPCC report — but the more ambitious target of 1.5 degrees is quickly approaching. The world is likely to hit it within a decade or two unless global greenhouse gas emissions dramatically decline within a few years.

But that’s no reason to despair, experts caution. There’s a misconception that exceeding a temperature target is akin to falling off a climate cliff. That’s not true.

Climate change is a mostly incremental process. Every little bit of warming makes it gradually worse, but that also means every bit of warming prevented makes a difference.

“There’s very little evidence in our models, or in climate science more broadly, that 1.5 C is fine and 1.6 C is catastrophic — or 2 C is fine and 2.1 C is the end of the world,” Hausfather said. “There’s no particular tipping points once you get slightly over these thresholds that cause things to spiral out of control.”

That doesn’t mean the world shouldn’t take these targets seriously. They’re important benchmarks, goals to help the world unite to halt climate change as early as possible. Climate impacts at 2 degrees will be worse than 1.5 degrees, and definitely worse at 3 degrees than at 2.

But there’s never a point at which it becomes too late to act.

The 2-degree target is still well within reach — but if, by terrible misfortune, the world misses that one as well, 2.5 or 3 degrees can still be prevented.

“To me, the problem is a continuum,” Tebaldi said. “And we need to face it and to try and do something without being too espoused to any specific target — because there is no such thing as a safe level, to the left of which we are safe and to the right of which we are toast.”

The message from scientists is clear: There’s no time for despair. Action matters now more than ever.

The biggest global priority in the wake of the new report should be “getting it into the heart of governments,” according to Piers Forster, a climate scientist at the University of Leeds and another author of the report.

Previous IPCC reports have made a real, concrete difference in global climate policy, he noted in an email to E&E News.

In 2018, the panel released a special report on the 1.5-degree temperature target. To meet that target, the report warned, global greenhouse gas emissions would need to fall by nearly half over the next decade and reach zero by midcentury. This report spurred some governments to commission follow-up reports and ultimately to set their own net-zero targets, Forster said.

For individuals hoping to spur more climate action, experts say, getting through to their own governments is one of the most important steps.

“Call Congress NOW and let them know this is important to you,” Marvel said by email. “Then join something: a political organization, a youth movement, a community group.”

For anyone hoping to make large-scale changes in the world, “you may want to vote for people that reflect the same values,” Tebaldi added. “Put people in power that reflect that kind of priority.”

Individual actions matter, too. People can limit their carbon footprints in many ways, from flying or driving less to using less electricity at home. But it’s okay not to be perfect, Marvel added — “the system makes hypocrites of us all,” she said. Talking about climate change and advocating for high-level policy change can go a longer way.

The evolving, strengthening public dialogue around climate change is where Hausfather says he draws hope for the future.

In the United States alone, extreme heat waves, wildfires, storms and floods have made climate change nearly impossible to ignore. The world is rapidly changing, and it’s affecting everyone.

“So I think having this very strong statement of scientific consensus of the broad international community, on top of all these events happening in plain sight in the real world right now, in some ways creates a unique moment — particularly in the U.S. political system — where we might be able to get real climate action at a scale that would have seemed unbelievable a few years before,” Hausfather said.

“So I’m hopeful. I think if anything can catalyze us to finally take this issue seriously and give it the policy response it deserves, it is this moment that we are in today.”