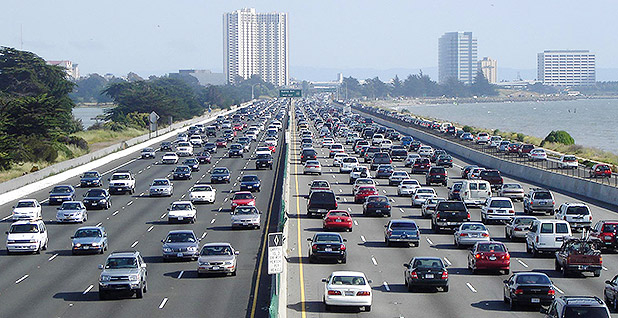 A report currently being developed by federal scientists warns of dire consequences from climate change, conflicting with public statements from officials in the Trump administration about the severity of rising greenhouse gas emissions.

A scientist from one of the 13 agencies working on the study provided a draft copy to The New York Times out of fear that the Trump administration would hide the results. The report informs the National Climate Assessment, a major summary of the causes and impacts of climate change on the United States.

"Evidence for a changing climate abounds, from the top of the atmosphere to the depths of the oceans," the draft says. "Thousands of studies conducted by tens of thousands of scientists around the world have documented changes in surface, atmospheric, and oceanic temperatures; melting glaciers; disappearing snow cover; shrinking sea ice; rising sea level; and an increase in atmospheric water vapor."

Its pages, numbering more than 500, are filled with contrasts to what President Trump and other administration officials have claimed about global warming. Trump and several members of his Cabinet, including U.S. EPA Administrator Scott Pruitt, Energy Secretary Rick Perry and Interior Secretary Ryan Zinke, have downplayed the human impact on the climate.

Whether the Trump administration alters or nixes the study remains to be seen. The process for developing the 2018 report started under the Obama administration and has continued quietly during the first months of the Trump presidency.

When contacted by E&E News on Monday, NASA spokesman Steve Cole said he was aware of those studies but had "no info on status or target release dates."

The National Climate Assessment is a sweeping summary of the impacts of climate change on the United States. It’s produced every four years by more than 300 scientists and is overseen by a federal advisory committee consisting of about 60 experts.

Congress requires the report, but the White House greatly influences how much fanfare attends its release, said Paul Bledsoe, a climate adviser under President Clinton who is now a lecturer at American University’s Center for Environmental Policy.

"Administrations have huge latitude on how they handle seemingly technical climate reports, which can make all the difference," he said. "Trump’s high-profile climate denial and the startling pace of warming together have compelled scientists themselves to take matters into their own hands."

Even if emissions were to cease immediately, there are enough heat-trapping gases in the atmosphere to raise global temperatures another 0.5 degree Fahrenheit by century’s end, the draft report found. It also says it’s possible to connect some extreme weather events to climate change, a distinction climate scientists have traditionally avoided for singular events.

The draft report says temperatures globally have risen 1.6 degrees Fahrenheit since the mid-1800s. Much of that increase — 1.2 degrees — has occurred since 1951. Of that warming, the draft says, there is at least a 95 percent likelihood that more than half could be attributed to human activity. It says there’s at least a 66 percent likelihood that all of it was caused by people.

Correction: The New York Times erroneously reported that it obtained a leaked draft of the scientific report. It was previously available online.