Clouds may speed up global warming 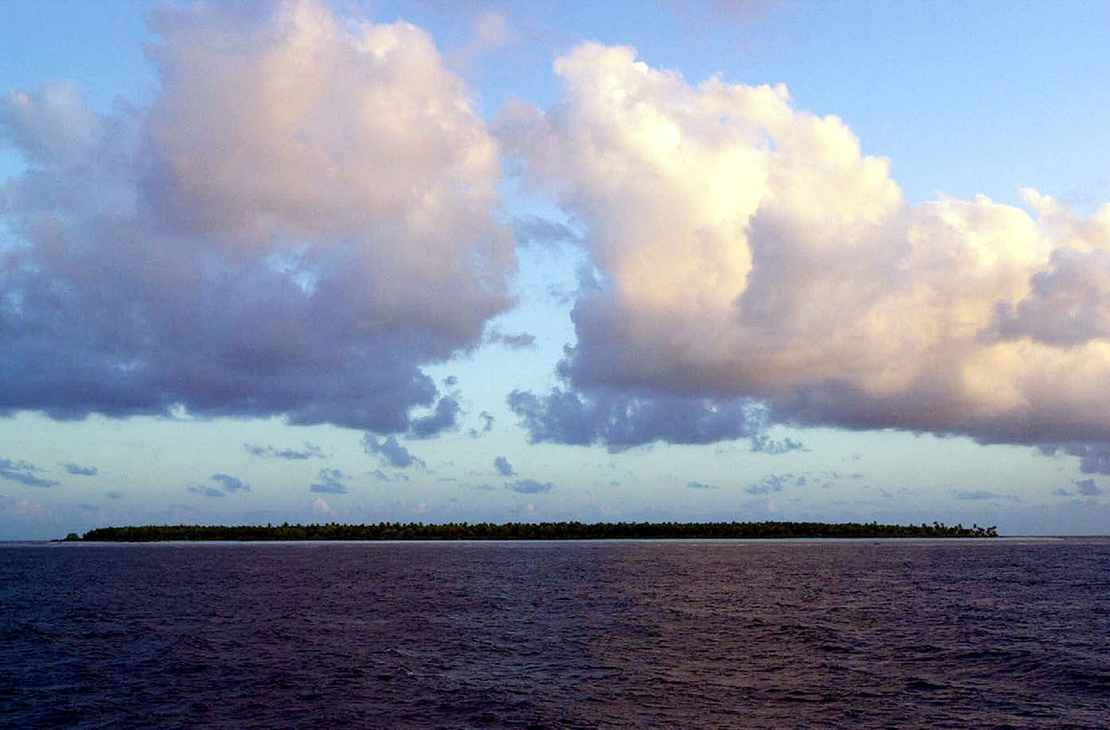 Clouds float over Millennium Island, Kiribati, one of the lowest-lying nations on Earth. Scientists are using machine learning to study the relationship between clouds and climate change. AP Photo/Katsumi Kasahara

One of the most fundamental questions about climate change is also one of the thorniest: How much, exactly, will the Earth warm in response to future greenhouse gas emissions?

The answer, scientists say, lies in the sky above our heads. Clouds are the fluffy, unlikely gatekeepers of climate change — they play a critical role in how quickly the world warms.

A series of recent studies have shed new light on that role. As the world warms, cloud cover will change across the globe. And these changing clouds will probably speed up global warming.

That means the Earth may be slightly more sensitive to greenhouse gases than some older estimates might have suggested.

“Clouds are a big uncertainty,” said Paulo Ceppi, a climate scientist at Imperial College London and a co-author of one of the new studies. “And so that was the main motivation. We want to understand how clouds will change and how this cloud feedback will affect global warming.”

Climate change only complicates the matter. Global warming is expected to increase certain types of clouds in certain places and decrease them in others. All in all, it’s a big, complex patchwork of effects all over the globe.

For years, scientists have struggled to determine exactly how clouds would change with future warming — and whether they’ll make climate change worse, or whether they might dampen some of its effects. It’s been a difficult question to answer. Scientists typically use computer models to make predictions about future climate change. But clouds are famously difficult to simulate, especially on a global scale.

Over the last few months, though, several studies have begun to get to the bottom of it. They’re all coming to the same conclusions: Some of the worst-case global warming scenarios may be less likely than scientists previously thought. But some of the best-case scenarios are also certainly not going to happen either.

These studies all center on the same question: How much, exactly, would the world warm if carbon dioxide concentrations in the atmosphere were to reach double their preindustrial levels?

It’s a hypothetical question for now. But that soon could change.

Before the Industrial Revolution, around 150 years ago, global carbon dioxide levels hovered around 280 parts per million. Double that would be 560 ppm. Today, concentrations are already higher than 410 ppm and climbing every year.

This CO2-doubling question — a metric known to scientists as “equilibrium climate sensitivity” — has been a central question among climate researchers for decades.

It’s also been a difficult one to make progress on.

In 1979, a seminal report from the National Academy of Sciences suggested the planet would probably warm by anywhere from 1.5 to 4.5 degrees Celsius in response. For years, study after study came to more or less the same conclusion.

It’s only recently that researchers have begun to narrow it down — and improvements in cloud research have had a lot to do with it.

Last year, a groundbreaking new study found that a doubling of CO2 likely would result in warming of anywhere from 2.6 degrees to 3.9 degrees Celsius.

It’s a substantially narrower projection, ruling out some of the higher-end projections and eliminating much of the lower range. The study pulled together all the most recent research on climate sensitivity, accounting for multiple different lines of evidence — including recent advancements in cloud research.

These studies used real-world observations to draw their conclusions. They compiled large quantities of data on cloud behavior — how clouds react to changes in temperature, humidity and other weather variables — and then conducted statistical analyses of those observations to figure out how clouds are likely to respond to future climate change.

It’s a fairly traditional way of tackling the problem, according to Mark Zelinka, a climate scientist and cloud expert at Lawrence Livermore National Laboratory, and co-author of both the May study and the study from last year.

A newer study, on the other hand, has taken a less conventional approach. Published last week in Proceedings of the National Academy of Sciences, the study used machine learning to figure out how clouds respond to changes in their environments.

Machine learning is a branch of artificial intelligence in which computers sift through large quantities of data, identify patterns and then use those patterns to construct algorithms that predict how future data should behave under various conditions. In this case, the researchers used real-world observations of the way clouds respond to environmental change.

“I have thought for a while the cloud problem was particularly suited for machine learning approaches,” said Ceppi, who conducted the study with fellow climate scientist and machine learning expert Peer Nowack. “If you want to understand the relationship between clouds and temperature or humidity or winds, it’s quite hard to tease out the individual effects of each of these environmental variables.”

Machine learning can be a simpler way to tackle such a complicated set of data, he said.

Machine learning is showing promise in other kinds of cloud research as well. Some research groups are experimenting with incorporating machine learning components into global climate models as a way to work around the difficulties of simulating clouds.

Clouds pose a challenge for models because they require extremely fine-scale physics — after all, clouds form from tiny water droplets in the sky. Simulating these microscopic processes on a global scale would require an unimaginable level of computing power; it just isn’t possible.

To get around it, modelers don’t typically force their models to physically simulate the formation of clouds. Instead, they manually plug in information about how clouds should form and respond to changes in their environments, a tactic known as parameterization.

It’s not exactly a common strategy yet. But multiple research groups in the last few years have begun investigating how useful it might be.

These are promising advancements in the complicated field of cloud research. Still, “machine learning is a super helpful tool but no panacea,” cautioned Piers Forster, director of the Priestley International Centre for Climate at the University of Leeds, in an email to E&E News.

Machine learning is an efficient way of analyzing complicated sets of data — but it can leave some questions unanswered about the underlying physical processes behind that data. There’s still plenty of room for more traditional research on the hows and whys of cloud behavior.

“Coordinated developments on both fronts are the answer in my mind,” Forster added.

In the meantime, Zelinka added, it’s reassuring that different strategies have arrived at similar conclusions.

“If it was just one study, you might question the robustness of that result,” Zelinka said. “But if you’ve got more and more evidence from independent authors using independent techniques, and they’re all reaching a similar conclusion, that’s pretty powerful.”