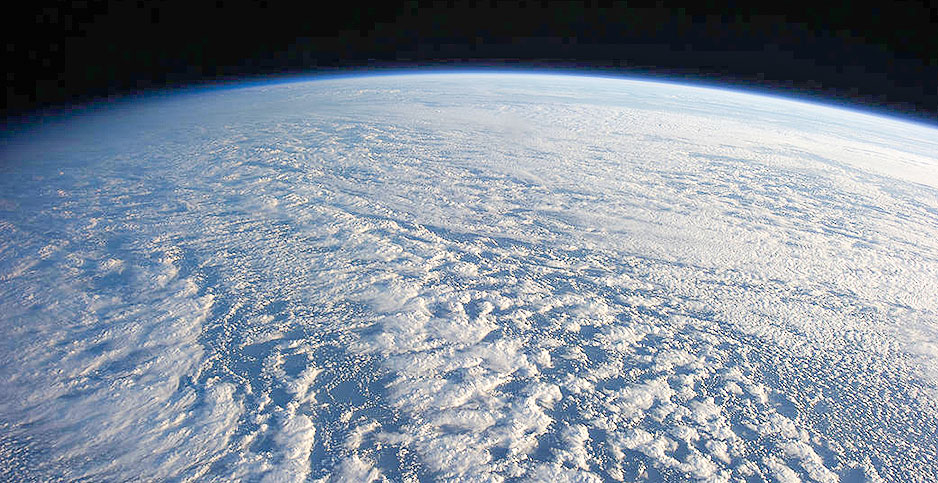 A sheet of stratocumulous clouds covers parts of the Pacific Ocean. NASA

When it comes to the dangers of climate change, it may be the behavior of clouds — the wispy creatures of water, air and tiny particles — that becomes the master of man’s fate.

Their role is fundamental: They shade the planet, reflecting much of the sun’s heat back into space. Without them, scientists calculate, the Earth could be absorbing twice as much warmth.

But after three decades of research, how and where clouds move the way they do and how that will change as the climate warms and as the atmosphere becomes either more or less polluted remain among the biggest unanswered questions. These are major concerns for scientists who have spent their careers studying clouds.

They see time running out for solutions. While the world’s nations are planning to mitigate enough carbon emissions to contain the rise in the world’s warming to a global average of 2 degrees Celsius by midcentury, the risks of missing this target may be severe.

V. "Ram" Ramanathan, a professor of atmospheric and climate sciences at the Scripps Institution of Oceanography in San Diego, is the co-author of a recent study predicting that without more action, there could be "catastrophic" and even "existential" results for mankind and other living species by the end of the century.

"We are now predicting in the study that there could be warming from 5 to 7 degrees," Ramanathan said in an interview. "You can’t rule it out. It is a 5 to 10 percent [chance] that it could happen. In such an incident, we need to do something."

He was one of the leaders of a group of 33 scientists and other experts who unveiled the study at the United Nations in September. It says that besides containing the rise of CO2 emissions, nations must also take "fast and aggressive steps" to restrict other pollutants, such as soot or black carbon, and apply methods to extract more CO2 from the atmosphere.

Otherwise, the group predicted, billions of people could be exposed to potentially "deadly heat stress" and 20 percent of animal species could face "dangers of extinction" by the end of this century (Climatewire, Sept. 15).

The level of support that his grim predictions earned surprised Ramanathan, who is cautious with his words and was a recent climate change adviser to Pope Francis. Ramanathan said he never expected to connect the word "existential" with climate threats until two recent cloud experiments helped change his mind. Even then, he was sure that other climate experts — often a contentious group — would disagree.

"I thought they would push back," he recalled. But they didn’t. "So silently everyone has come to the conclusion that the problem is drifting away from us."

The signatories of the study suggesting that global warming threatens the human race included policymakers and scientists from China, India, Europe, Australia and leading U.S. universities. Mario Molina, a Nobel Prize winner who co-authored it, predicted that "we have less than a decade to put these solutions in place." Durwood Zaelke, a lawyer who is president of the Institute for Governance and Sustainable Development — a major promoter of the Montreal Protocol to protect the ozone layer — also signed it, even though he said the conclusion scared him.

"I’m an inveterate optimist about our power to control the future, but I am more frightened than I have ever been about this latest analysis," said Zaelke. Ramanathan "is one of our true geniuses in this. It doesn’t always make him more popular, but he’s always a step or two ahead."

Among the mechanisms named by the report that could trigger runaway warming are the loss of solar-reflecting sea ice from the poles, faster glacial melt caused by black carbon, and the release of methane and CO2 from thawing permafrost.

But experiments probing the behavior of clouds pushed Ramanathan to be even more concerned. One showed that low-level cloud systems including wispy stratocumulus clouds that shade much of the oceans in the midsection of the planet appear to be moving from the warmest part of the Earth toward the poles. "That is a big worry. It’s amplifying the heat, moving in the wrong direction," he said.

A second experiment, where he used overhead satellite coverage and Earth-based drones to fly through, over and under soot-laden clouds in the Indian Ocean, suggested that one of the threats of what is sometimes called the "Asian brown cloud" of pollutants is that clouds laden with it absorb more heat that changes air movement or turbulence. This cuts their size and Earth-shading capabilities. The fact that aerosols, such as black carbon, can do that "is not in any model," Ramanathan noted.

The trouble with tracking clouds

Early in his career, Ramanathan helped design one of the world’s first computer-driven climate models at the National Center for Atmospheric Research (NCAR) in Boulder, Colo. Climate models have since become a basic tool for researchers and have been much improved since he worked on them. But when it comes to clouds, Ramanathan said with a sigh, "They’ve got a long way to go."

There have been some recent advances. Franziska Glassmeier, part of a small group of NOAA researchers tasked with finding ways to improve climate models, has discovered honeycomb-like patterns in stratocumulus clouds that might help computers forecast their behavior.

The problem she sees is that current computer models can recognize things in grid squares that are measured in kilometers, while the cloud patterns she wants to examine require models that can recognize the impact of aerosols, including particles of dust, sea salt and soot that attract the droplets that form clouds. Because they operate at the micrometer level, their effects remain way outside the current scale of the models. (One kilometer equals 39,370 inches. One micrometer equals 0.000039 inches.)

"Maybe someday computers will get fast enough so you can see things at that level. The estimations are that we won’t be able to do that for the next hundred years. We cannot wait that long," Glassmeier explained. "So we need to find clever ways of modeling clouds in a simple way."

Takanobu Yamaguchi, one of Glassmeier’s fellow researchers, may have found one. He is trying what he calls a "vertical enhancement" approach. Roughly speaking, it would give the computer more clues about a cross-section of stratocumulus clouds, which are often composed with different layers, hoping that computers can then fill in some of the blanks.

When it comes to showing cloud behavior, Yamaguchi compares current computer models to cheap cameras with blurry resolution. If he can put in more data about the different levels, "we can see things better," he said. Yamaguchi’s plan to do that has been approved for more funding by program managers at DOE, but the agency’s future budget remains an unknown as Congress ponders deep cuts proposed by the Trump administration for climate-related projects. "We’re in limbo until there is a budget," said one of Yamaguchi’s colleagues.

Meanwhile, there is much more to learn to understand the life-protecting power of clouds. Graham Feingold, another NOAA researcher, explains there are two basic stories about how they change the climate. The low-lying stratocumulus clouds reflect incoming short waves, and their net effect is to cool the Earth.

The Earth also reflects the heat it has in long waves, and cirrus clouds, poised at a higher level, tend to reflect some of that heat back to Earth, part of the so-called greenhouse gas effect that adds to warming. Whether there is warming or cooling going on in a given region at a given time can depend on the types, structures, size, distribution and movement of its clouds.

These are question that current climate models can’t answer, according to Feingold. "We can’t tell you how that’s going to play out on a 3,000- to 5,000-kilometer domain because we can’t resolve all that detail."

A debate that is rapidly warming up among scientists is whether it’s time for controlled experiments to see whether the behavior of clouds can be altered. Some want to move toward so-called geoengineering attempts to restrict the warming rather than waiting to see if nations’ efforts to mitigate greenhouse gases can keep the planet from reaching "tipping points" that could accelerate the warming to the point where it becomes irreversible.

They argue that man’s impacts on clouds have been underway since the industrial age and point to big global phenomena such as the Asian brown cloud, the thick blanket of man-made pollution that leaps over the Pacific and may be cooling the weather in the United States (Climatewire, Sept. 12).

"Scientists can’t lobby. My role is to provide the best science," he said. "If we can improve our representation of clouds in regional and even in fine-scale models, then we can provide information to the decisionmakers so they can decide on a go or no-go decision."

Correction: One micrometer equals 0.000039 inches. An earlier version of this story contained an incorrect conversion amount.