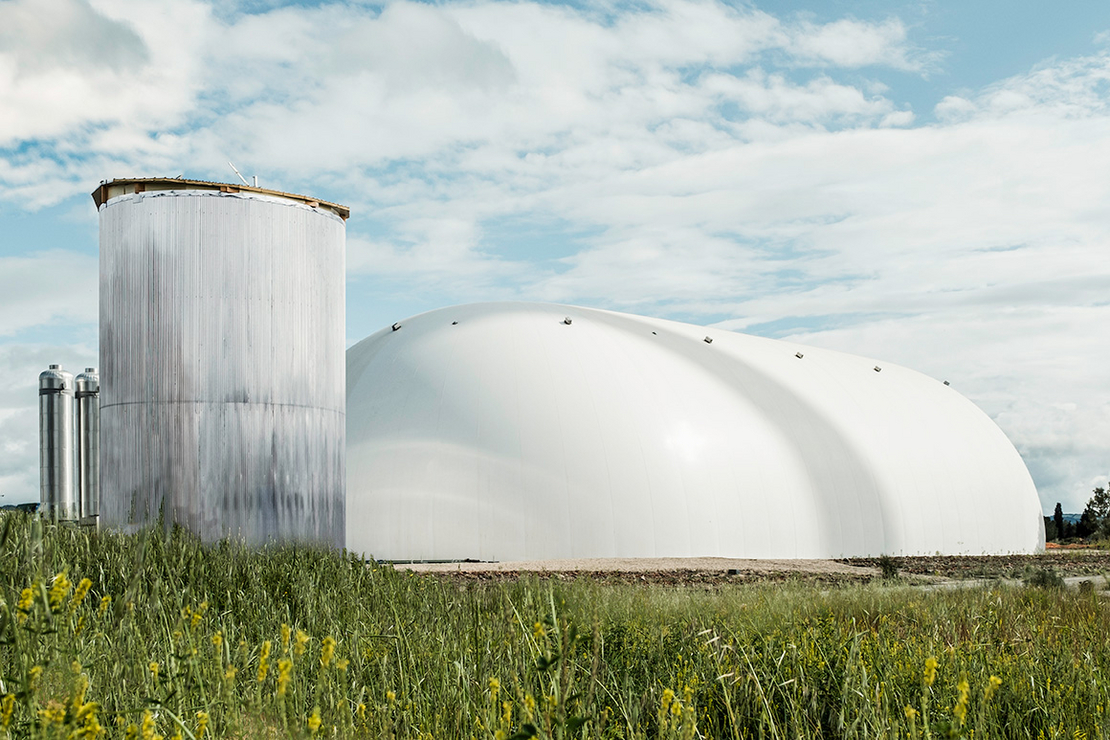 Energy Dome SpA completed a 2-megawatt/ 4-megawatt-hour pilot project that tested the technology on the Italian island of Sardinia. In yesterday’s announcement, it framed that success as a breakthrough in energy storage technology and said its system can be built at half the cost of a similarly sized lithium-ion battery. The company will now begin work on a 20-MW/200-MWh facility that it expects to come online next year, in partnership with Italian utility A2A SpA.

“We can now provide an answer to the most pressing issue of our time: climate change,” Energy Dome founder and CEO Claudio Spadacini said in a statement. “Our breakthrough technology, the CO2 Battery, is now commercially available to make cost-effective renewable energy dispatchable on a global scale.”

Long-duration storage has long been viewed as a holy grail by green-minded grid planners, who see it as necessary for storing excess renewable generation to be used at times when the sun isn’t shining or the wind isn’t blowing. Utility-scale grid storage is growing rapidly today, with most systems using lithium-ion batteries.

Lithium-ion batteries have the advantage of charging and dispatching electricity very quickly, but they tend to provide power for a period of hours, rather than days or weeks. That has lead to a search for other technologies that can provide electricity for longer periods of time, for use during extended lulls in renewable generation. In the U.S., one of the best-known examples is Form Energy, which has developed an iron-rust battery the company says can dispatch electricity for 100 hours (Energywire, July 23, 2021).

Energy Dome’s technology is a closed-loop system, where CO2 is compressed at 60 bars of pressure and turned into a liquid. When electricity is needed, the CO2 is evaporated to turn a turbine. The company was named an energy pioneer by Bloomberg New Energy Finance for its technology earlier this year.

The use of CO2 as an input for the system owes more to economics and technological constraints than to climate change. Liquefying CO2 is cheaper than liquefying air. It can be done anywhere in the world — unlike compressed air storage, which generally relies on salt caverns. And it does not need rare or expensive metals like lithium-ion batteries, Spadacini said in an April interview with E&E News (Climatewire, April 25). The compressors and expanders used by the company are already widely available for other commercial purposes today.

“So we don’t need to develop any new chemistry; we do not need to develop any new material which resists high temperature or difficult corrosion environment,” Spadacini said at the time. “We just need to put together off-the-shelf components which can be produced everywhere with materials which are not rare, hard materials, but just steel, water and CO2. So this technology can be produced in every country around the world.”

Eric Hittinger, a professor at the Rochester Institute of Technology who studies energy storage systems, said he viewed technologies like Energy Dome’s CO2 Battery as a complement rather than a competitor to lithium-ion batteries.

A liquefied CO2 battery is cheaper than its lithium-ion counterpart, and can dispatch electricity over a longer period of time. But it takes longer to charge and dispatches less amounts of power at once, Hittinger said.

Lithium-ion batteries are really useful in California, for instance, with the state needing power in the evenings when demand is high and solar output wanes, he said. The batteries can then be quickly charged by excess solar the next day and ready for the following evening.

But Energy Dome’s batteries and similar technology are needed to address seasonal declines in wind or solar output. Spring is typically a windier part of the year. Excess wind power generated in the spring could theoretically be stored in a battery like Energy Dome’s and dispatched in the summer when wind speeds are typically lower.

“We’re kind of in an era of really interesting innovation in energy storage technologies. It’s interesting to watch concepts being developed,” Hittinger said. “Every week there is some new energy storage idea that shows up. Not everyone is going to make them.”

But, he added, “It is clear somebody is going to win a lot of market share on the grid in the future, and people are trying to get their piece of it.”