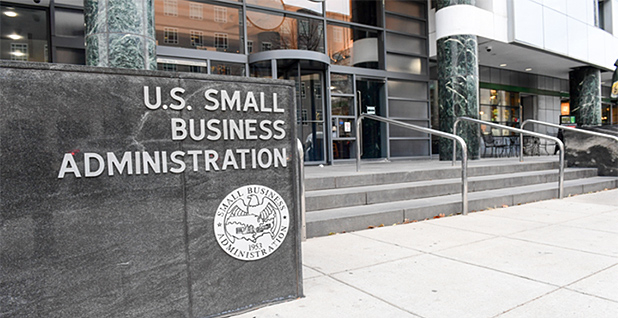 A coal mining company with ties to Scott Pruitt, and a handful of companies serving the oil and natural gas industry, are among the beneficiaries of a loan program Congress established to help small businesses get through the coronavirus pandemic.

Hallador Energy Co., an Indiana-based coal company, said last week it got a $10 million loan from the Small Business Administration under the Paycheck Protection Program, which it intends to use to fund two months of payroll and other expenses.

Those companies are among the dozens of publicly traded companies that have disclosed their loans to investors.

Some of the recipients have been controversial, since lawmakers intended for the program to benefit small companies, yet major corporations with hundreds of millions of dollars in revenue, like Ruth’s Chris Steak House, are getting the loans.

Asked yesterday about major corporations like restaurant and hotel chains getting the small business loans, President Trump indicated that some of them might have to return the funds.

"We’ll look at individual things, and some people will have to return it if we think it’s inappropriate," he told reporters at a White House briefing. "If somebody got something that we think is inappropriate, we’ll get it back."

The coal and oil companies getting funds are also contributing to environmentalists’ fears that the $2.1 trillion Coronavirus Aid, Relief and Economic Security (CARES) Act would become a bailout for the fossil fuel industry.

Some companies had pushed for specific help for the oil industry in the legislation, but lawmakers resisted. Trump said this morning that he had ordered Energy Secretary Dan Brouillette and Treasury Secretary Steven Mnuchin to make a plan to help oil and gas companies (see related story).

Brett Hartl, head of government affairs at the Center for Biological Diversity, accused fossil fuel companies of "fundamental hypocrisy and arrogance" in seeking the loans.

"It is hard to think of another industry that consistently fought against government regulation, boasted about the power of the free market and otherwise undermined the public good in the last 20 years," he said. "But now they come slinking back to shamelessly ask for taxpayer funds and corporate socialism to save them from their own poor choices."

Hartl’s group has been trying to scrutinize CARES Act programs for potential benefits to the fossil fuel industry.

While the $349 billion Paycheck Protection Program for small businesses is one of his potential concerns, he’s got a closer eye on the $450 billion set aside for sectors specifically affected by the novel coronavirus.

But it’s unclear if the government will ever disclose the recipients of CARES Act funds, since the transparency measures in the law have loopholes. The only companies whose participation is known publicly are publicly traded, so they were required to disclose it to investors.

Banks have approved 1.66 million loans, according to SBA data April 16, the most recent date the agency reported figures. The program ran out of money that day, and lawmakers are negotiating renewing it (see related story).

Just 1.14% of the money, or $3.89 billion, has gone to the "mining" sector, which is defined under the North American Industry Classification System as including the oil and gas industry. Only 0.3%, or $1.03 billion, went to "utilities," which includes power generation and renewable electricity.

SBA implements the program through banks that provide the loans. And while the funding is labeled as loans, they’re effectively more like grants — companies can have the loans completely forgiven if they keep paying staff at levels comparable to before the crisis, among other requirements.

Hallador didn’t respond to requests for comment on its loan or on whether Pruitt played any role in helping obtain it.

The company, whose operations are almost entirely carried out through its subsidiary Sunrise Coal, had 768 employees as of early March, down from 915 in December, before it closed its Carlisle mine in Indiana.

To be eligible for the SBA loan, companies must have fewer than 500 employees at a given location, which is how major restaurant chains qualified.

Enservco CEO Ian Dickinson told the Associated Press the $1.9 million it got is "being used to keep folks on payroll and keep food on their tables," and he defended the company’s participation. "At the end of the day, our employees are really no different than the employees of a nonpublic company," he said.

DMC Global, which recently laid off about a third of its workers, cited the oil industry’s financial straits as making its $6.7 million loan necessary.

"We’re trying to keep as many people as employed as possible during this downturn, when activity is basically coming to a screeching halt," Geoff High, vice president for investor relations, told BizWest.

"The additional liquidity provided by the Paycheck Protection Program loan enhances our ability to continue manufacturing products and providing maintenance services for customers during this period without significant concern about temporary financial difficulties affecting customers, and permits us to maintain our operations and employee base without interruption," Benjamin Locke, Tecogen’s CEO, said in a statement.

Fossil fuel companies aren’t the only ones in the energy sector who disclosed getting SBA loans in the program.

Workhorse Group said it believes the coronavirus pandemic will increase demand for its electric delivery vehicles, but in the meantime, the $1.4 million loan helps it keep up operations and weather the crisis’s immediate impacts.

"These funds will go a long way in allowing us to continue to meet our payroll needs and, as an essential business supporting the package delivery industry, keeping all our employees safe and working is critical through this challenging period," Steve Schrader, Workhorse’s chief financial officer, said in a statement.

Broadwind Energy Inc. got $9.5 million. The company, which didn’t respond to requests for comment, makes components that go into wind turbines. It made $178.2 million in revenue in 2019, with a $4.5 million net operating loss.