Coal consigned to history? Not yet, experts say 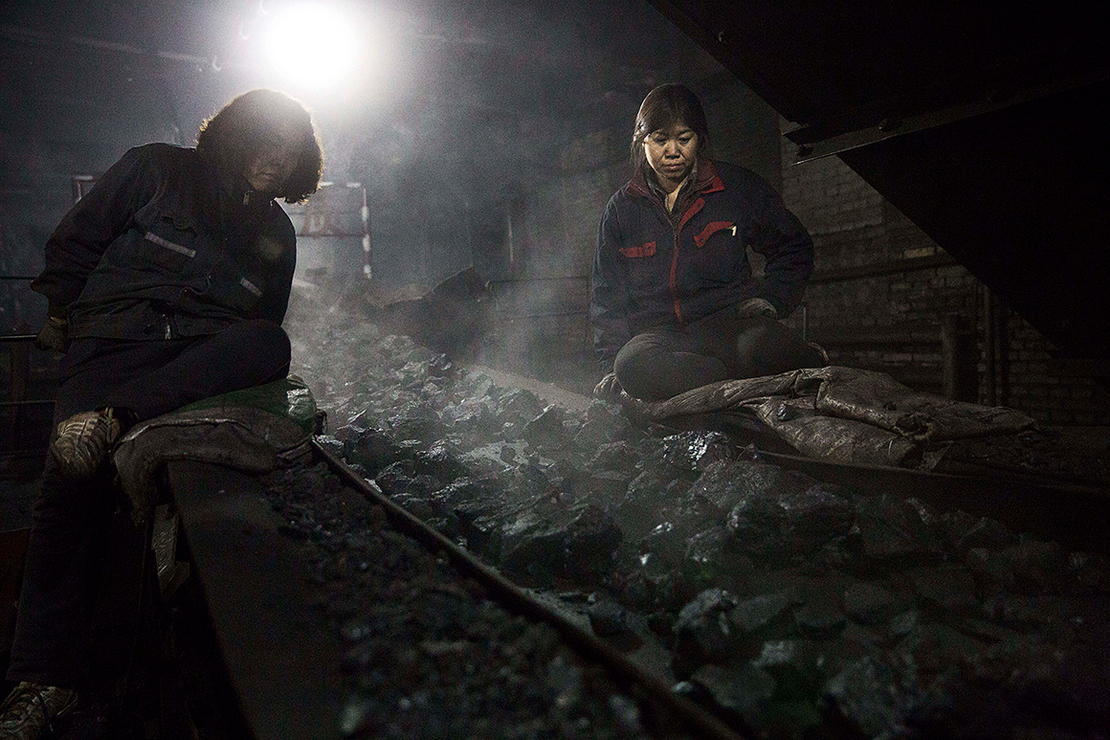 Chinese mine workers sort coal for quality at a mine in Shanxi, China. A heavy dependence on burning coal for energy has made China the source of nearly a third of the world’s total carbon dioxide emissions. Kevin Frayer/Getty Images

“Consign coal power to history” has become a rallying cry of international climate talks in Scotland this week.

But in reality, the world is burning more coal than ever.

The divergence reflects a growing global divide on the carbon-intensive fuel.

In Europe and North America, coal’s days are increasingly numbered, as older plants are retired in favor of renewables and natural gas. But the story is different in Asia, where a fleet of new coal-burning powerhouses has helped underpin the expansion of the region’s economy.

The divide is one reason a summit of leaders from the world’s 20 largest economies concluded this weekend with a vague commitment to phase out coal — but without a firm date for doing so.

It also explains why Michael Bloomberg, the billionaire media mogul and former New York City mayor, yesterday announced an expansion of his campaign to shutter coal plants beyond the United States and European Union. His pronouncement came as world leaders converged on Glasgow, Scotland, for an international climate summit known as COP 26.

The focus on coal phaseouts comes amid a surge in global coal generation. The increase is a product of rising electricity demand coming out of the COVID-19 pandemic. In many parts of the world, the rebound is likely to be short-lived. Yet it underscores how interwoven coal remains in the global economy, even after a decade of pounding from renewables, natural gas and increasingly stringent climate policies.

“Consigning coal to history at COP is not going to end coal overnight, but it is that sense that coal is on the conveyor belt to the great trash compactor of history,” said Chris Littlecott, associate director of E3G, a climate think tank. “We’ve got to turn the speed of that conveyor belt up and get things moving forward.”

In Europe, North America, and rich Asian nations such as Japan and South Korea, that means phasing out existing coal plants as quickly as possible, he said. Already, more than half the coal plants operating in the 38 countries belonging to the Organisation for Economic Co-operation and Development — a club of rich nations — have retired since 2010 or are on track to do so in the next decade, according to E3G.

Those closures have been loudly championed by Bloomberg, who has led a campaign in the United States and Europe to retire coal facilities. In a statement yesterday, Bloomberg said the campaign would be expanded to 25 countries in a bid to close a quarter of the world’s 2,445 coal plants and halt plans for 519 proposed facilities.

“Coal is enemy number one in the battle over climate change, because it causes one-third of all carbon emissions,” Bloomberg said.

It wasn’t immediately clear what countries Bloomberg would expand to or how much money he was investing in the effort. A Bloomberg spokesperson did not respond to a request for comment.

But phasing out existing coal plants in Asia will be tricky. For one thing, Asian coal plants are considerably younger than their European and North American counterparts. The average American coal plant is more than 40 years old. In Asia, the average coal facility has been online for 13 years, according to the International Energy Agency.

Natural gas, which helped erode coal’s market share in the United States, is also less readily available in many Asian countries. That means it falls on renewables and nuclear to replace coal generation.

Perhaps the most important difference: Electricity demand has been stagnant in Europe and the United States in recent years, whereas it has grown quickly in Asia. That has been especially true this year, as economies rumbled back to life after a year of pandemic-induced shutdowns.

Coal generation has jumped in India this year and is likely to remain firmly part of the country’s electric mix given the relative youthfulness of its plants and the growth in the electric demand, said Johannes Urpelainen, founding director of the Initiative for Sustainable Energy Policy at Johns Hopkins University.

“This idea India will ban coal or stop burning it in the next 10 years is just not possible,” he said. “India will have a much slower and gradual coal retirement schedule than the wealthier countries.”

But he said he was encouraged by the country’s commitment to green new sources of power generation. Prime Minister Narendra Modi said yesterday that India would install 500 gigawatts of low-emissions electricity generation in the coming decade in a bid to put the country on track for net-zero emissions by 2070.

In China, electricity demand has been so great that the country has been forced to contend with rolling blackouts on its grid. The crisis has been compounded by diminished domestic coal output and a trade war with Australia, which has crimped imports.

Chinese power plants are nevertheless expected to burn an additional 200 million tons of coal this year, according to Wood Mackenzie, a consultancy. That is a big reason why the International Energy Agency thinks global coal consumption could reach an all-time high in 2022.

“In some way, the advanced economy model was: Let’s find something that is cheaper than coal, and the market will take care of it. That is not where we are in Asia, in part because it is a growing market,” said Nikos Tsafos, an analyst who tracks energy markets at the Center for Strategic and International Studies. “It has to be a much more targeted effort.”

So far, much of the world’s attention has been focused on limiting financing for new construction projects. New coal plant construction has decreased 75 percent since 2015, according to S&P Global Platts Analytics. S&P reckons some 300 GW of new capacity is still planned worldwide, with about a third of that in China. For reference, the United States had 223 GW of coal capacity in 2020.

Leaders from the Group of 20 wealthy economies agreed Sunday to end financing for international coal power development, building on a commitment leaders from the Group of Seven made in June. G-20 leaders also agreed to speed up reductions in emission intensity from the energy sector to reach Paris Agreement timelines for limiting global warming. And they committed to supporting low-carbon technology development to help facilitate the transition to clean energy globally.

But they declined to put a date on the transition.

“This will also enable those countries that commit to phasing out investment in new unabated coal power generation capacity to do so as soon as possible,” according to a leaders declaration issued Sunday.

Coal, in other words, is far from history.