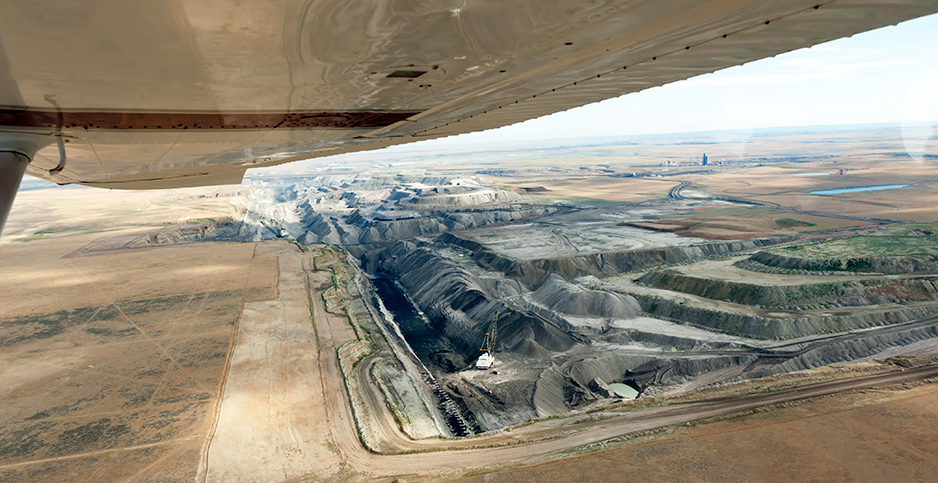 The Black Thunder coal mine in Wyoming is one of the nation's largest sources of coal. Arch Resources, its owner, is moving away from thermal coal production. Jeremy Buckingham/Flickr

In May, America’s second-largest coal company announced it was dropping "coal" from its name. Now, it might drop coal that’s burned in power plants altogether.

The announcement from Arch Resources Inc. yesterday followed a federal judge’s decision to block its joint venture with Peabody Energy Corp. over antitrust concerns. The order prevents the two mining giants from combining their operations in the Powder River Basin, America’s most productive coal fields.

The company’s decision to curtail production underscores the depths of coal’s free-fall in America. Arch mined 100 million tons of coal in 2018, or roughly 13% of U.S. production, according to federal figures. About 70 million tons of Arch’s production came from the Powder River Basin.

But Arch has begun to pivot away from the type of thermal coal mined in the Powder River Basin that is used to generate electricity. When it changed its name from Arch Coal to Arch Resources earlier this year, company executives said the change reflected a shift toward metallurgical coal used for making steel.

Yesterday’s court decision, which upheld a Federal Trade Commission order blocking the deal, cements the company’s evolution. Arch said it plans to direct 95% of future capital spending toward its metallurgical operations, effectively choking off its thermal mines from future investment.

"In the wake of today’s decision, we will be intensifying our pursuit of strategic alternatives for our thermal assets — including, among other things, potential divestiture — while evaluating opportunities to shrink the operational footprint at those mines, reduce their asset retirement obligations, and establish self-funding mechanisms to address those long-term liabilities," Arch CEO Paul Lang said in a statement.

Arch’s sudden pivot away from thermal coal injects uncertainty into U.S. coal markets at a perilous moment for the industry.

Coal generation had already fallen to the point where it was eclipsed by renewables last year. But the economic destruction stemming from the coronavirus pandemic has eroded the industry even further.

America’s coal fleet ran at 36% of its capacity through July, according to U.S. Energy Information Administration data, down from 48% over the same period last year and 52% in 2018.

Analysts predict coal generation will rebound slightly next year if the economy improves, but the industry’s long-term decline is expected to continue. Some 8.8 gigawatts of coal capacity is slated to be retired this year, meaning more coal has now shut down under President Trump than in former President Obama’s second term (Climatewire, June 22).

The situation is especially precarious in the Powder River Basin of Montana and Wyoming, where 16 mines produce about 40% of U.S. coal. Production in the region fell by more than a quarter between 2015 and 2019. Vistra Corp. announced plans yesterday to close five plants in Illinois that buy coal from the basin.

"If I think about what it means for the basin, with natural gas prices being low and with that [joint venture between Arch and Peabody] falling through, it is not clear to me who the survivor is going to be," said Ben Nelson, an analyst who tracks the industry at Moody’s Investor Services. "I don’t think there are enough buyers for all the coal being produced there."

Arch operates four thermal mines, according to financial filings. The vast majority of its thermal production comes from the Black Thunder mine in Wyoming, the second-largest coal mine in the U.S. In 2019, Black Thunder produced 72 million tons of coal, or about 89% of Arch’s thermal output.

In contrast, the company reported metallurgical coal output of 7.6 million tons. Met coal, as it is often called, is far more valuable than the thermal variety used for electricity generation.

Yesterday’s announcement throws Black Thunder’s future into question. The mine, long one of the most profitable and competitive in the Powder River Basin, could be downsized or sold, Nelson said.

It is not clear who would buy it, he said. Peabody would seem obvious given its operations’ proximity to Black Thunder, but that is unlikely given federal regulators’ rejection of the joint venture.

A collection of smaller mines in the region have been bought by relatively unknown operators in recent years (Climatewire, Nov. 4, 2019). Whether a similar dynamic unfolds in Black Thunder’s case remains to be seen.

"If you were an owner of Black Thunder, you could run that mine for cash for a long time because it is cost competitive. You can size it down. You can limit [capital expenditures]. You are more competitive than some of the smaller mines in the basin," Nelson said. "But the whole region is challenged. It is far from customers, a lot of the cost to the consumers is the railroad. It is low-margin, long-distance coal."

He added, "It is a recipe for short-term behavior that eventually comes to a head and results in things like mine closures and bankruptcies."