Coal got knocked out in Calif. Now, gas is on the ropes 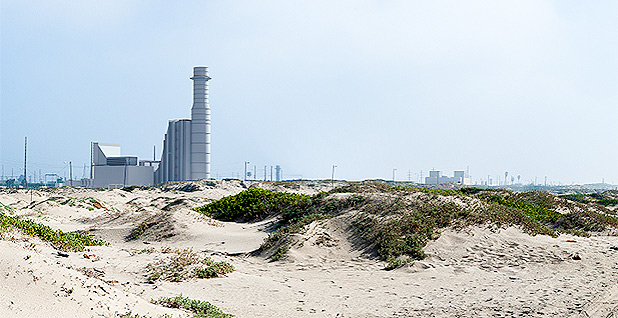 A wave of regulatory reconsiderations of natural gas-fired power plants in California has renewables advocates cheering.

The state’s grid operator is expected to release a study next month on whether the Puente Power Project, a gas-fired plant planned for the Southern California coast 60 miles west of Los Angeles, might be supplanted by solar panels, energy storage or demand response.

The California Public Utilities Commission approved Southern California Edison’s contract with NRG Energy Inc. to build the 262-megawatt plant in June 2016 as a replacement for a larger plant on the same site. The Puente plant fit into the state’s goal to boost renewables to 50 percent; as a fast-ramping facility, it could smooth out intermittent wind and solar power, which has a tendency to produce choppy resources.

Now, as politicians are considering moving to 100 percent "zero-carbon" resources by 2045 — as a bill being considered this week in the state Legislature would do — regulators are tapping the brakes on Puente and a number of other gas-fired plants planned for the Southern California region.

Since the state has no coal-fired plants and is already planning on shutting down its remaining nuclear plant, natural gas is the next resource in line to be phased out in favor of renewables.

"In general, it’s going to be renewables in, gas out, so you’ve got that sort of long, slow good-night of lots of gas," said Jim Caldwell, a senior technical consultant with the Center for Energy Efficiency and Renewable Technologies, a Sacramento think tank that has been advocating for regulators to reconsider their grid policies to better account for renewables and climate change. "We think Puente is right at the tip of that spear. … The gas industry and the gas generation industry is facing a big problem, and they know it."

The California Independent System Operator’s study, due out Aug. 16, will go to the California Energy Commission, which will make the final decision on whether to permit Puente.

The study will analyze how much capacity is needed in the Moorpark area of Ventura County, where roughly 2,000 MW is due to retire by 2020. Scenarios will include replacing Puente with varying amounts of demand response, energy efficiency, solar power and storage.

NRG officials said they welcomed the study but defended the plant. "We feel it’s the right project in the right place at the right time," said NRG spokesman David Knox. The plant’s 20-year power purchase agreement with Edison "aligns well with the transition California is looking at to go to greater and greater renewables," he said.

In a statement, Edison said it "supports all of the projects that it competitively awarded in 2014 and which have since been approved by the CPUC. The Puente project was competitively selected, in addition to energy efficiency and distributed generation projects."

The head of a trade group representing independent generators in California faulted CAISO’s process of announcing the study after the CPUC had already approved the contract. "We have a procurement process that’s worked very well in California," said Jan Smutny-Jones, CEO of the Independent Energy Producers Association. "At the eleventh hour, coming up with issues — really, what’s going on is the people who are advocating for something different are representing people who want to do demand response, rather than the power plant."

Another factor contributing to the wave of reconsiderations is that many gas-fired plants in California are facing imminent deadlines to stop using "once-through" cooling systems that harm marine life. Those deadlines offer regulators a chance to consider alternatives to repowering or replacement.

The Los Angeles Department of Water and Power announced last month that it would put all plans to repower its once-through cooled units on hold and perform a study of alternatives, to be completed by early next year. The study will cover 10 gas-fired units at three plants that were scheduled for replacement from 2021 to 2029. Alternatives could include repowering them at a reduced level; improving transmission lines only; or replacing them with distributed energy resources, including energy efficiency, solar power, energy storage, demand response and electric vehicle charging.

CAISO has already started considering a future with less gas than planned. In March, it issued a study examining a 50 percent renewable portfolio standard plus the early retirement of up to 9,658 MW of gas-fired power statewide, and found several potential local reliability issues that could be solved by demand response or transmission upgrades. Issues with not having enough quick-ramping capacity, particularly in the early evening after sunset, emerged between 4,000 and 6,000 MW of retirement.

Caldwell said he thought California could achieve concentrations of up to 75 percent renewables using today’s technology and resources. "I believe fundamental market redesign will be required to go past 75 percent, and we have not started the process of figuring out how to transition there," he said.

Smutny-Jones conceded that California has created a limited role for gas. "To the extent you’ll see any gas plants being built in California, they will be built for localized need, not system need," he said. "There may be pockets where you do need something that will actually generate electrons. If batteries and demand response show up, the plant won’t run very much. It’s an insurance policy to keep the lights on in that area."