Coal is booming, but a mining company plans for its end 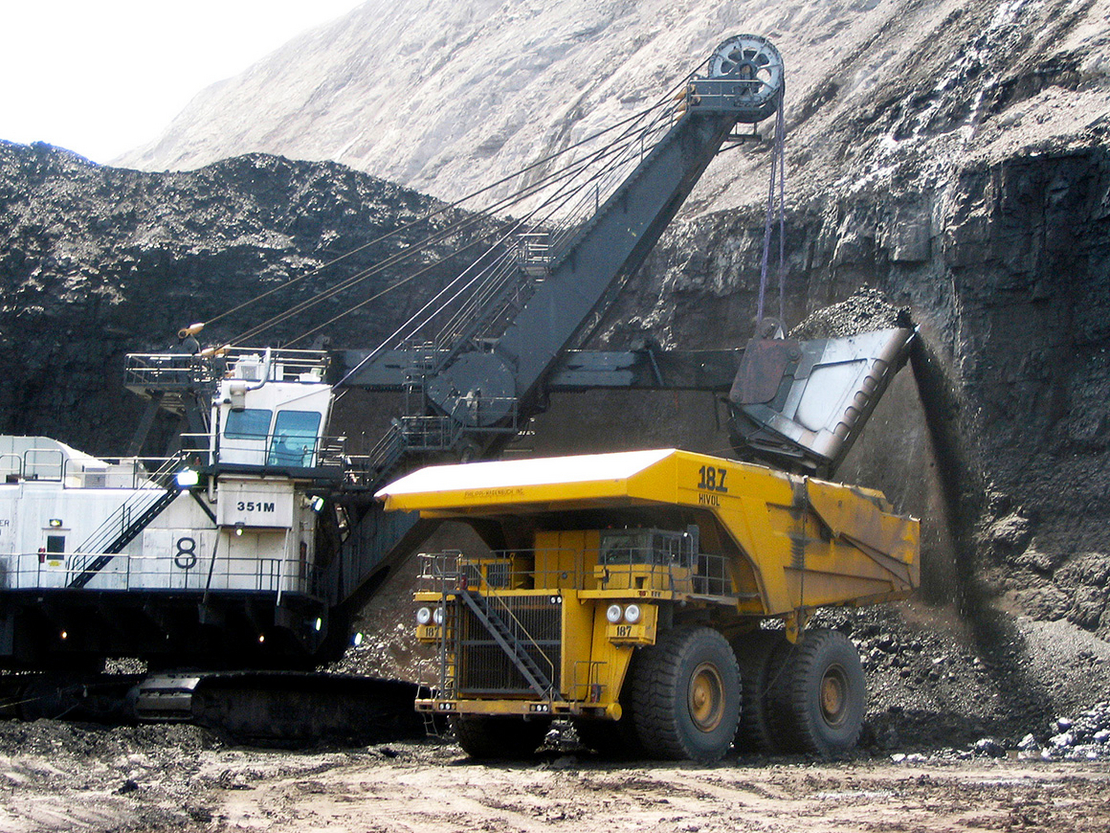 A shovel prepares to dump a load of coal into a 320-ton truck at the Black Thunder mine in Wright, Wyo., in this file photo from 2007. AP Photo/Matthew Brown

These should be high times for America’s coal miners.

Natural gas prices have roughly doubled in the last year. Power companies are lining up to restock dwindling coal inventories. And international prices are skyrocketing, as countries around the world look to replace shipments from Russia after the Kremlin launched a brutal invasion of Ukraine.

Normally, that type of market would encourage investment in new mining. Instead, one of America’s largest coal companies is setting aside profits earned today to clean up its mines when they close.

“We’re simply not going to put any more cash into them,” Paul Lang, the CEO and president of Arch Resources Inc., said during a call announcing the company’s first-quarter earnings this week.

“We’ll do what we have to, to feed them and keep them going, but any thought of increasing production, beyond what we have the ability to do with the equipment on hand, is completely out the door,” Lang added. “I just, I can’t see it. It’s not what our shareholders want, and I don’t think it’s a good investment for us.”

The comments underscore the decline of the U.S. coal industry, which has fallen from almost 40 percent of American electricity generation a decade ago to a little more than 20 percent last year. Lang’s remarks are especially striking at a time when coal demand is so high that a European utility is inquiring about buying the company’s coal and shipping it via the Gulf Coast.

Falling coal generation has pushed many mining firms away from the thermal coal used to generate power to the metallurgical variety used to make steel. But few have pivoted faster than Arch.

The St. Louis-based company dropped coal from its name in 2020 (Climatewire, Sept. 30, 2020). After a joint venture with longtime competitor Peabody Energy Corp. fell through, Arch announced it was shifting its focus to the company’s metallurgical operations. The company’s thermal mines would gradually wind down (Climatewire, Oct. 23, 2020).

“You could look at their homepage and you would hardly see the word coal,” said Andy Blumenfeld, a former Arch employee who now tracks the industry at McCloskey by the Oil Price Information Service. “For a company that touts itself as being a [metallurgical] producer, they are producing a lot of thermal coal.”

Indeed, both profits and production are up. The company’s three thermal mines sold 18 million tons in the first quarter, compared to 12.3 million tons during the same period last year. Arch’s Black Thunder Mine in Wyoming, which regularly ranks as the second most productive in the country, sold nearly 60 million tons in 2021 — up from 50 million the year prior, according to federal data.

The company’s profits also are climbing. Arch reported net income of $272 million for the first three months of the year, a sharp reversal from the $6 million loss in the first quarter last year.

But what Arch is doing with that money is different from past bull markets.

In a typical upswing, Arch would be expected to spend money on new equipment, mining leases or buying up a rival company in an attempt to boost output. Instead, the company has set aside $100 million since late last year to cover its reclamation obligations at its two mines in Wyoming’s Powder River Basin. It anticipates having $130 million earmarked for reclamation by the third quarter, enough to cover its obligations at Black Thunder.

“I give them credit. They want to do this in a responsible way,” said Shannon Anderson, a lawyer at the Powder River Basin Resource Council, a conservation group that for years has called on federal and state policymakers to ensure coal companies set aside money to cover their reclamation costs.

“When you’re making profit is the time you need to invest in reclamation,” Anderson added. “You not only need to do more of it as you’re going along, and Arch has been ramping that up, but also set aside that money for end-of-life operations.”

But the lack of new investment in thermal mines means there is a limit to how much Arch can boost production to meet demand. Company executives said Arch’s mines are already near the maximum of what they can produce, and that matching today’s output would become more difficult in future years.

“We’re not going to chase the market, but we are going to try to ring out all the value we can,” said John Drexler, Arch chief operations operator.

A key question going forward is whether other coal companies will adopt a similar strategy. Leading mining firms such as Peabody, Alliance Resource Partners LP and Consol Energy Inc. have been conservative when it comes to spending money in recent years, but not to the same extent as Arch. Those companies are scheduled to report first-quarter earnings in the coming week.

Arch, meanwhile, has looked to sell its thermal operations — though it has not found a buyer willing to meet its asking price. The combination of high coal prices and smaller outstanding reclamation obligations could make Arch’s thermal mines more attractive to potential investors, Blumenfeld said.

But the realities of the coal market are still difficult. About a quarter of the U.S. coal fleet has announced plans to retire this decade, according to U.S. Energy Information Administration figures. Some analysts predict that as little as 10 percent of the U.S. fleet could remain by 2030 (Climatewire, May 5, 2021).

Black Thunder, meanwhile, only has eight years of reserves left at 2021 production levels. Eventually, more investment in new leases would be needed to keep the mine going. Yet Wall Street’s appetite for coal has waned as investor concerns over climate have grown.

“The long-term prospects for thermal coal are pretty dim. That is why there has been underinvestment,” Blumenfeld said. “There really hasn’t been any call for investment or need for investment in the coal world.”