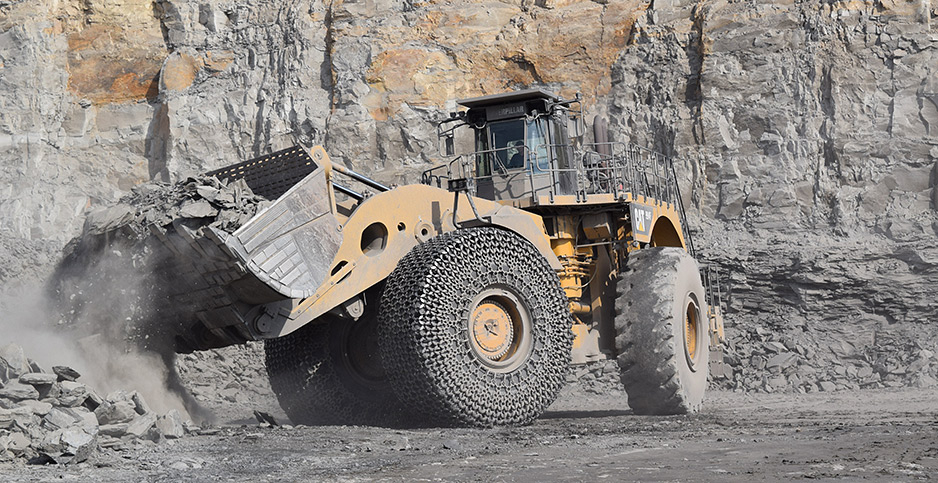 An excavator removes earth at a coal mine in Kentucky. Dylan Brown/E&E News

The Trump administration frequently claims it ended the "war on coal."

The numbers tell a different story.

On March 29, 2017, when Zinke lifted the leasing moratorium, coal companies had filed applications to mine 2.7 billion tons.

Since then, the Bureau of Land Management has sold nearly 83 million tons — half of which had been exempt from the Obama ban — and received new requests for another 80 million tons.

Today, less than 1.8 billion tons is up for lease, with many of those applications on hold as massive reserves already leased last longer than ever.

That undercuts claims the moratorium was "crippling" in places like Wyoming, which mines 40% of U.S. coal almost exclusively on public land.

"No state was harmed more by this reckless action than we were," Republican Rep. Liz Cheney of Wyoming said when she first introduced legislation requiring congressional approval for any future moratorium (Greenwire, May 23, 2019).

Even the Trump administration now admits that is not true. In last week’s final environmental assessment, BLM said the order to lift the moratorium "did not alter coal production levels or rates or cause any change to associated socioeconomic impacts." The impact of renewing leasing generally was "too speculative to ascertain."

"Zinke had no impact, basically, is what they’re saying," said Jeremy Nichols of WildEarth Guardians.

"At the end of the day, the market is already moving in a direction that will achieve ‘keep it in the ground.’"

But the market moratorium could undermine the case that renewed leasing matters in the fight against climate change.

According to BLM, the leases applied for since the moratorium ended would represent just 1% of total U.S. greenhouse gas emissions if approved.

But Sierra Club Senior Attorney Nathaniel Shoaff argued that 1% is actually massive, considering it is from small expansions at a handful of mines.

The ban that Obama Interior Secretary Sally Jewell imposed on Jan. 15, 2016, was designed to give BLM time to thoroughly review the federal coal program. A programmatic environmental impact statement (PEIS) was expected to take three years.

"The Jewell Order was never intended to establish an indefinite pause on all coal leasing activities," BLM wrote in its final assessment.

Under Trump, BLM now says the moratorium violated the 100-year-old Mineral Leasing Act’s mandate to "promote" coal mining. And just because Jewell started a review did not mean Zinke had to finish it.

The U.S. Court of Appeals for the District of Columbia Circuit did dismiss a lawsuit challenging the cancellation, but environmental groups took their case elsewhere — and won.

In April 2019, U.S. District Court Judge Brian Morris for the District of Montana ordered BLM to revisit the Zinke order.

Industry groups called the Obama appointee’s decision "a sharp departure from precedent," but even as BLM derided the ruling in press releases and court filings, it began a National Environmental Policy Act review.

Within a month, the agency released a draft environmental assessment that only raised more questions.

Data conflicted with publicly available information reported independently by each BLM state office. The assessment listed a 78-million-ton lease in Colorado at 783 million tons (Greenwire, May 29, 2019).

Officially, BLM tracks leases through its LR2000 database, but the complex system is not routinely updated as lease applications often sit idle for years, even decades. According to BLM, only an applicant can withdraw an application via official correspondence.

"It speaks to how the companies can game the leasing system," Nichols argued.

Despite the errors, BLM promised to deliver a final assessment in August 2019. Morris withheld judgment, as federal regulators said no leasing decisions were on the horizon anyway (Energywire, Aug. 2, 2019).

BLM appears to have corrected errors, but it did not change its position.

Public commenters had urged BLM to consider other alternatives: no leasing, a carbon budget and other scenarios.

"Given the sheer weight of speculation entailed, the BLM does not find this litany of assumptions to be a proper basis to inform," the agency wrote.

"Allowing the pause to run its course would have no direct effect on the quantity of [greenhouse gas] emissions … other than to delay the timing of those emissions," BLM wrote.

BLM added that the truncated programmatic environmental impact statement did not necessarily point toward major reform and would not be completed due to a lack of funding. The information collected before the review was cut short could also not be released "in light of its complex nature and the Department’s resource constraints."

Critics do not expect the final assessment to meet the federal court’s demand for a "convincing statement."

"We’ll go toe-to-toe with this administration in court any day to call this process out for what it is," Earthjustice attorney Jenny Harbine said. "A sham."

The moratorium’s goal had been reform, added Shannon Anderson, an attorney with the Powder River Basin Resource Council in Wyoming.

"It wasn’t going to be business as usual going forward," she said.

At the moratorium’s outset, Jewell declared she wanted to "modernize" the federal coal program.

"The public deserves [that] Interior try to answer the questions that should have been answered three years ago," Anderson said.

Coal companies argue that the moratorium affected their leasing plans, which stretch decades into the future, but companies have already leased billions of tons of coal, which will last longer as coal production tapers off.

When she issued the moratorium, Jewell estimated 20 years’ worth of coal was already leased.

That means the climate bomb is already underground, Shoaff of the Sierra Club warned.

The Trump administration wants to lock in more 20-year federal coal leases, Shoaff said, just as scientists say time is running out to avoid the worst of climate change.

"It’s crisis time, and we need to start acknowledging it," Anderson said. "We need our Department of Interior to show some leadership."