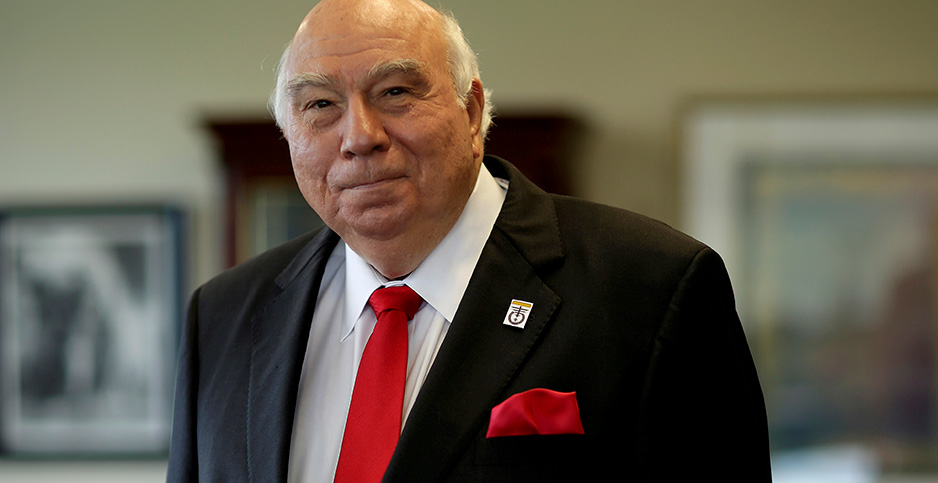 Murray died at the age of 80 surrounded by family, local news outlet WTOV-TV reported. Michael Shaheen, an attorney who had recently been representing Murray, confirmed his death yesterday morning to The Intelligencer/Wheeling News-Register.

He stepped down as chairman of the board of the company he founded last Monday. Murray was diagnosed in 2016 with coal workers’ pneumoconiosis, an incurable respiratory illness also known as black lung that is common among coal miners, his retirement announcement said (Energywire, Oct. 20). No official cause of death was given.

"Throughout my life in and about coal mines and in our industry, I have given all that I had to our employees and their families to sustain their family livelihoods and jobs for the hardworking people in our mining communities," Murray said in a statement following his retirement.

Murray started working as a coal miner at age 17 and got a bachelor’s degree in mining from Ohio State University. He then completed a business program at Harvard University and went on to join the North American Coal Corp., where he became chief executive in 1983.

In 1988, he founded Murray Energy Corp., which grew into the nation’s largest privately held coal company before the industry’s fortunes soured and it declared bankruptcy.

Murray became known as one of the most outspoken opponents of what the industry called President Obama’s "war on coal." He sparred with his unionized workforce and frequently sued members of the media.

He was also critical of the Mine Safety and Health Administration’s findings of violations at his company in the runup to a 2007 mine collapse in Utah that led to the deaths of nine people (Greenwire, Oct. 29, 2019).

Murray donated generously to Republican campaigns in 2012 and was a financial backer of President Trump’s run for the White House four years ago.

In 2017, Murray gave Trump an "Action Plan" he hoped would get coal miners back to work. He advocated for ending Obama-era climate policies like the Clean Power Plan and nixing labor regulations such as those aimed at curbing miners’ exposure to coal dust, the cause of black lung.

American Consolidated Natural Resources did not immediately respond to a request for comment last night.

The company has picked up where its predecessor left off, operating mines in several states including Alabama, Kentucky, Utah and West Virginia.

Saddened to learn of the passing of Bob Murray. He was a staunch ally for coal miners, a good friend, and a one of a kind person. Thinking of his friends and family during this difficult time. https://t.co/VlnpxDOD4l

"He was a man of strong faith and a trailblazer who had a substantial impact on Appalachia and America. Bob’s family and friends will be in my prayers tonight," Miller said.