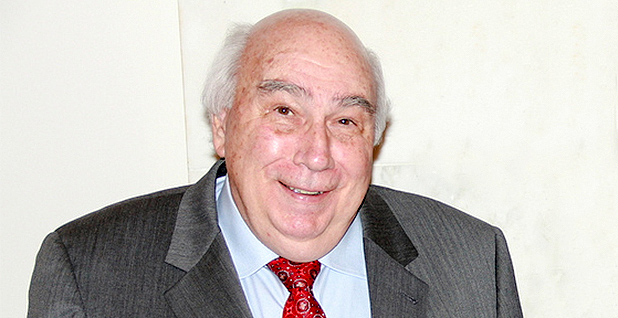 "I haven’t had a vacation in decades," said Murray, 77, during a recent interview.

"I have a home away from home, but I have an office there and two fax machines, so I’m able to daily keep up with my work. … With vacations, I just get behind, then panic and never catch up," he said.

The coal magnate and Trump supporter spoke to E&E News this week about the president’s early moves on energy, the competition between coal and natural gas, and why he was happy to see the Obama administration hit the road.

What do you think of what you’ve seen so far from the Trump administration on energy policy?

It’s good. The No. 1 item for the coal industry on our list to overturn the destruction of Barack Obama and the Democrats of the last eight years — and he is the greatest destroyer, and they are the greatest destroyers that America has ever had — our No. 1 item was to overturn the Stream Protection Rule, they called it. It didn’t protect anything. What it did do is shut down all underground coal mining illegally.

I think we’ll always compete with them, but if we can get the government out of picking winners and losers and subsidizing windmills and solar panels and other kinds of renewables, just get the government out and get a level playing field so that I can compete against gas … just give me the ball then, and I’ll take gas head on and compete with them all day long. Get the renewables out of the mix, at least the subsidies for renewables.

Trump’s EPA nominee is coming from an oil and gas state. Do you think he’ll have your interests at heart?

Who would you say is President Trump’s most trusted adviser on energy policy?

I hope it’s Mike Pence. He’s knowledgeable of energy issues in America, he’s been a governor. I’ve known him since the early ’90s. I would hope it would be Mike Pence. Beyond that, I’m not sure he’s got anybody who’s an energy expert.

Yes. He came out to see my coal miners … in Wheeling, W.Va. … He cares about them deeply, there’s no question about it. Obama and the Democrats were out to destroy their lives deliberately. This man — at 3 o’clock in the morning on election night, I was holding my wife’s hand and praying and pacing the floor all night, and I said this is a victory for the working men and women of America.

What are your personal views about climate change? Do you think it’s a problem?

If it’s happening at all, it’s a natural phenomenon. … Saying we have to get rid of coal for global warming is a fraud, not just a hoax. And it’s a shill, a frontman for people who want to sell renewable energy.

I had no problem. It’s the only jobs there were, and mother and dad had very little income. It was just the three of us, my sister — 10 years older — married and left. So we had to get money wherever we could, and that was the place to get it.

Yes, I’ve had three broken necks in the mines. A broken hip.

But you’ve stayed loyal to the industry.

Yes, I have. It was my own fault, … the injuries. I did it to myself. That’s generally the way it happens, not the industry. … I’d rather work underground than outside. The temperature is safe — they’re the same year round, 58 degrees. There’s good ventilation in the mines, and you just push buttons. There are no picks and shovels in coal mines anymore. It’s all mechanized, and so I would rather work underground in a coal mine than have a job out in the weather.