Coal plant closures are coming to Texas. Now what? 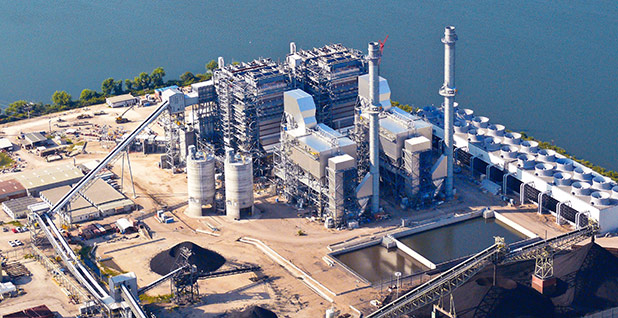 Luminant, a unit of Vistra Energy Corp., said Friday it plans to close the Sandow (pictured) and Big Brown coal-fueled power plants in Texas. The decisions are subject to grid reliability reviews, and Luminant also plans to explore a sales process for the Big Brown site. Luminant

If anyone needed a reminder of the breadth of change coming to the power sector, Vistra Energy Corp. offered a big one last week.

The company said Friday that its Luminant subsidiary plans to close the Big Brown and Sandow coal-fueled power plants in Texas. That came a week after Luminant disclosed a decision to retire its Monticello plant, which also runs on coal.

Those moves could push more than 4,000 megawatts of coal power offline in Texas’ main electric grid in the early part of 2018. Observers have been expecting Texas coal retirements, but the news is jolting in part because of the scope and timing.

Friday was a day the Public Utility Commission of Texas (PUC) set aside for a staff-led workshop to explore possible market changes that might result in higher wholesale prices. Earlier in the week, President Trump’s U.S. EPA moved to withdraw the Clean Power Plan, which was intended to curb carbon dioxide emissions. EPA is taking a lighter approach to regulations generally, and a new version of regional haze oversight in Texas has been blasted by critics (Greenwire, Oct. 3).

None of that apparently was enough for Vistra. In its Friday announcement, the company cited low wholesale power prices, low natural gas prices, "an oversupplied renewable generation market" and other factors.

"Trump can repeal environmental rules, but he can’t repeal economics," said Daniel Cohan, an associate professor of environmental engineering at Rice University. "I think you’re seeing market forces take over on this."

The U.S. power sector also is wrestling with a controversial Department of Energy proposal that could aid coal and nuclear plants in the context of reliability and resilience if backed by the Federal Energy Regulatory Commission (Greenwire, Oct. 13). The plan wouldn’t affect the main Texas market directly, but it could have ripple effects.

It’s also true that Friday’s Vistra release said a sales process would be explored for the Big Brown site, leaving the door open to a different ending there. And the Electric Reliability Council of Texas (ERCOT), the state’s main power grid operator, said it had anticipated some unit retirements and will evaluate possible effects of planned closures.

"ERCOT will study whether these specific units are needed for transmission system reliability in their respective areas of the grid and will make those determinations by December," the council said in a statement.

ERCOT plans to incorporate proposed resource changes into its final seasonal assessment of winter resource adequacy and an upcoming report on capacity, demand and reserves.

Many questions remain about the effects of closures, such as whether a potential boost in power prices might encourage other aging plants to hang around. The workshop in Texas wasn’t meant to settle issues Friday, as state regulators will weigh in on the path ahead. Some generators see a need to improve how prices are formed, but not everyone in the market is certain of the problems or solutions.

"This watershed moment in clean air and water advocacy across the country is also a milestone for public health," Sierra Club declared in a separate release on progress battling coal plants since 2010.

By the group’s tally, 262 coal plants have either retired or announced retirements, with another 261 remaining. Sierra Club tracks U.S. coal plant sites, though the definition of what is a distinct plant can vary by location.

Vistra emerged last year as a company built on the competitive remnants of Energy Future Holdings Corp., or EFH, which was formed through a leveraged buyout of TXU Corp. in 2007 and struggled because of debt and low power prices. It filed for Chapter 11 bankruptcy protection in 2014.

Vistra is looking to carve a new path these days, and it has interests tied to natural gas and renewable energy. The Wall Street Journal previously suggested Vistra was taking a look at Dynegy Inc., another power producer. While such an acquisition hasn’t materialized, Vistra has indicated it may look to expand as it also keeps a focus on a strong balance sheet.

Luminant’s website shows five coal-fueled power plants, though three are now expected to stop generating power next year. Big Brown has two coal units that began operating in the 1970s, the same decade three units opened at Monticello. Then there’s Sandow and its two coal units — one from the early 1980s and another from 2009, a reminder that coal’s troubles aren’t limited to the oldest units.

Vistra CEO Curt Morgan said it was difficult to decide to shut Big Brown and Sandow. The company plans to take tens of millions of dollars in charges related to its plant decisions.

"Though the long-term economic viability of these plants has been in question for some time, our year-long analysis indicates this announcement is now necessary," Morgan said in a statement.

CreditSights, in a Friday report, noted the planned departure of Monticello and said the economics at Sandow and Big Brown were "crushed by cheap shale gas" and gas produced along with shale oil.

"The removal of these coal plants should be a positive for any existing generators in Texas as the amount of capacity coming offline could result in a tighter market but the continuous growth from renewable generation (mostly wind) will more than likely offset any of the lost generation from these plants," CreditSights said.

While there was no word on Luminant’s Martin Lake plant, CreditSights called it "another troubled coal plant" that is "also expected to be retired soon." Other coal unit retirements are either planned or possible from other parties in the ERCOT region, so Luminant’s units likely won’t be the last to exit the market in the foreseeable future.

For ERCOT, the signs continue to point to a changing power mix that includes a chunk of wind energy that is intermittent.

The grid operator has said installed wind capacity may exceed 21,000 MW by the end of this year and top 24,000 MW by the end of 2018. Installed coal, on the other hand, was listed at less than 20,000 MW for ERCOT in summer 2018 and beyond even before the recent Luminant retirement announcements.

Rice’s Cohan expressed confidence that generation from flexible gas as well as wind and solar could help keep the lights on in ERCOT’s region.

"There’s been a lot of slack in the system recently," he said.

Scott Segal, director of the Electric Reliability Coordinating Council (ERCC), of which Vistra is a member, argued that Friday’s news wasn’t a rejection of the role coal plays on the grid. Instead, he said, the moves are part of having a diverse set of generation.

"For Vistra, as for many generators across the nation, that means balanced investments in coal, nuclear, natural gas and renewables," Segal said in a statement. "Vistra customers will continue to benefit from well-managed coal operations."

Through September, coal accounted for roughly 32 percent of the power used in ERCOT’s region this year, while wind’s share was about 17 percent. Both trailed generators tied to gas, which accounted for about 40 percent of power use in the region.

A national conversation is underway about what to do about the evolving U.S. power generation mix, especially in light of subsidies provided for nuclear power in some states and the Department of Energy’s proposal that could help coal and nuclear while altering certain markets.

Looking at Texas, NRG Energy Inc. and Calpine Corp., two major generators, funded a study by Harvard University’s William Hogan and FTI Consulting’s Susan Pope on potential ERCOT changes. That led to a discussion with PUC members earlier this year (Energywire, Aug. 11). On Friday, a staff-led workshop was another step in a process to consider possible tweaks to the "energy-only" ERCOT market.

Bill Barnes of NRG spoke of a desire for wholesale price formation that promotes economic efficiency. He said the ERCOT market isn’t broken.

"But we do see a lot of opportunities for improvement in how prices are formed that could create persistent issues if left unresolved," he said.

Randy Jones, who was speaking on behalf of Calpine, said the company and NRG aren’t trying to pick winners and losers as some may suggest.

"We want to make sure that the market is a winner," he said. "And we think we have good solutions that are supported by macroeconomic principles and fundamentals."

At the PUC session in August, Hogan and Pope had a presentation deck to run through some key recommendations.

One idea could aid the efficiency of regionwide prices by including a marginal cost of transmission losses from energy market dispatch and pricing. Another idea is to enhance a systemwide calculation tied to the Operating Reserve Demand Curve, which has been designed to help reflect a higher value of power during certain periods when supplies are tight.

Other ideas relate to out-of-market actions tied to managing transmission constraints, dispatch and pricing for local reserve scarcity, and transmission planning and cost recovery. Not all of these may be addressed in the near term, and alliances can shift depending on the proposal.

Texas Industrial Energy Consumers has indicated the market is working well and suggested a conservative approach to possible changes. Katie Coleman, who represents the group, said Friday that policy decisions need to stay in place for a period of time.

"These terms like energy-only market and price formation have turned into sort of like these marketing slogans that are devoid of any content," Coleman said. They’re being used, she said, to support proposals "that really are not premised on anything" with a sound economic underpinning.

Vistra has pitched its own ideas. A filing discussed the option of a requirement for new generation to self-fund some or all of the cost of interconnecting to the grid. Another idea is a possible price adder at times when dispatchable thermal resources are needed to serve load but aren’t price-setting.

"It seems like we would be compounding it, and we’d just be setting the stage for somebody else to ask for" another subsidy, he said.

Amanda Frazier, who’s involved in regulatory policy at Vistra, said she didn’t think it was a subsidy. Instead, she said, the idea is to make sure certain prices reflect the actual costs of units being used to serve load.

A representative of the ERCOT region’s independent market monitor expressed openness to various changes, but in the context of discussing Vistra’s ideas said the office is deeply troubled by a proposal that could remove certain incentives to operate efficiently.

This all means Texas regulators have plenty to ponder. Julia Harvey of the PUC staff outlined a plan to bring a master list of recommendations to the commissioners.