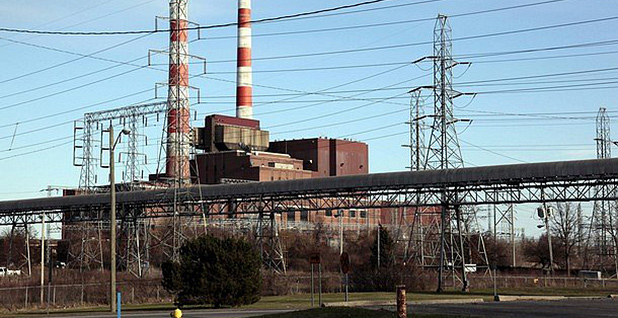 Throughout much of a 10-year legal clash, EPA and Sierra Club lawyers effectively stood shoulder to shoulder in arguing that DTE Energy Co.
ignored pollution control requirements in overhauling one of the nation’s largest coal-fired power plants.

As that epic battle with the Detroit-based utility winds to a close, however, their working alliance has frayed, court documents suggest. In a side agreement filed Friday in federal court, the Sierra Club and DTE went beyond the terms of a draft consent decree recently lodged by EPA and Justice Department officials, who have already reserved the right to object.

While the Sierra Club also signed on to the draft, "we thought there were additional benefits to the communities that could be provided," Shannon Fisk,
an Earthjustice attorney representing the national environmental group, said in a phone interview yesterday.

The proposed consent decree, for example, would require DTE to spend $5.5 million on cleaner-burning school or transit buses; the side deal specifies that any new buses be electric and targeted toward disadvantaged communities suffering from pollution problems. The deal would set aside an additional $2 million to pay for Detroit-area environmental projects that could include urban solar arrays, reforestation, and health and safety retrofits for low-income customers.

The side agreement also seeks to lock in DTE’s previously announced plans to retire the remaining coal-fired generating units at its River Rouge, St. Clair and Trenton Channel plants, all located in southeastern Michigan, by the end of 2022 (Energywire, March 29, 2019).

By contrast, the proposed consent decree between the government and DTE would let those units keep operating if they are retrofitted with new pollution controls or converted to natural gas as a fuel source.

Why the government would oppose the added conditions despite DTE’s willingness to go along is unclear. In a statement today, Justice Department spokesman Wyn Hornbuckle
declined to offer specifics.

"As the chief enforcer of the nation’s environmental laws, including the Clean Air Act, the United States bears a unique responsibility to ensure that civil settlements of Clean Air Act claims by citizen groups are both legally permissible and fair," Hornbuckle said. "The proposed settlement remains under review, and any views will be expressed to the court."

Still to be seen is whether any discord hinders what would otherwise likely be a federal judge’s routine approval of the proposed consent decree.

In reserving the right to object to the side deal, the Justice Department contends that it falls within the purview of the U.S. District Court for the Eastern District of Michigan. The Sierra Club maintains that it is a "private settlement agreement" outside the court’s jurisdiction.

The potential split may also attest to the impact of the change in presidential administrations since EPA launched the Clean Air Act enforcement suit in 2010 (Greenwire, Aug. 6, 2010).

The suit alleged that DTE had violated New Source Review pre-construction permitting requirements in undertaking a $65 million overhaul of one of the generating units at its 3,300-megawatt Monroe power plant,
located on Lake Erie, without installing controls for nitrogen oxides and sulfur dioxide.

DTE argued that the upgrade did not fall in the category of a "major modification" warranting a New Source Review permit. The Sierra Club joined the case as an intervener and plaintiff within months. The group remained involved on the side of the Obama-era EPA even as the case twice traveled up to the 6th U.S. Circuit Court of Appeals.

The litigation ended in late 2017 when the Supreme Court declined to take up the company’s appeal. Settlement talks began soon after. Under the proposed consent decree, DTE would pay a $1.8 million fine while admitting no liability (Greenwire, May 15).

But if DTE lost the courtroom clash, it indirectly helped score a much broader win for industry. Around the time of the high court’s decision, EPA, run at the time by Trump administration appointee Scott Pruitt, changed the policy at the crux of the case and said it would no longer challenge companies’ forecasts of emission increases expected from specific projects.

The reversal later entangled then-EPA air chief Bill Wehrum
in allegations of ethics malfeasance because he had previously worked at the law firm representing DTE. Wehrum, who downplayed his role in the policy change, resigned from the agency last June without explanation.

Under the Trump administration, moreover, EPA has regularly been sued by the Sierra Club and other groups alleging violations of environmental laws. While side agreements similar to that in the DTE case are not unprecedented, Fisk said, he did not know of another that sparked potential government opposition.

"We’ll have to wait and see to see what they decide," he said. Because all the projects outlined in the side deal would improve air quality and benefit local communities, Fisk added, "I struggle to see what they would object to in any of them."