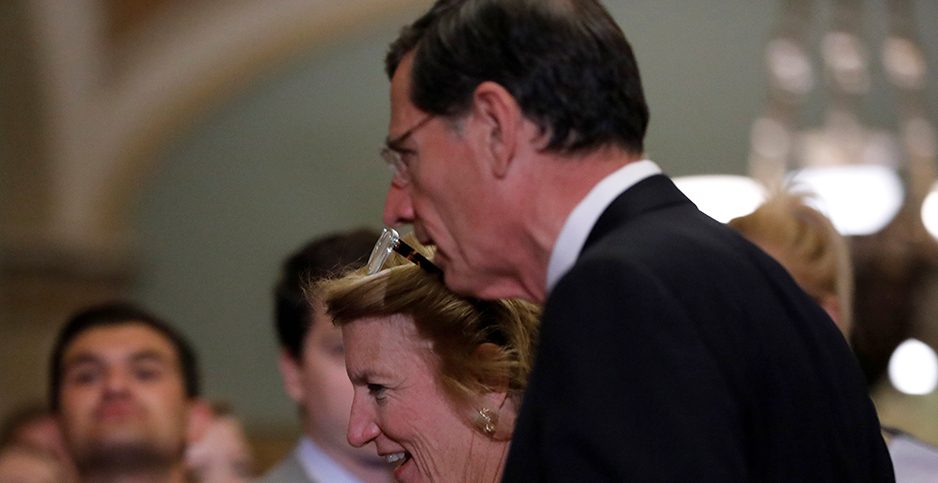 Wyoming Sen. John Barrasso’s decision to become top Republican on the Energy and Natural Resources Committee will leave coal state lawmakers largely in charge of energy and environmental policy in the Senate.

Three of the four senators expected to lead environment and energy panels in the 117th Congress hail from coal-mining states.

Who will chair the committees remains in limbo, with control of the Senate dependent on two runoff races in Georgia in January.

"Our abundant energy supplies help power the nation. Our national parks and other special public lands are prized by locals and visited by millions from around the globe," he said. "The enjoyment, protection, and utilization of these special places and resources are at the very heart of our economy and western tradition."

While coal is in steep decline as an energy fuel, mining state lawmakers will have considerable power to shape energy research and regulatory agenda at the Department of Energy and EPA, and they’ll be able to wield influence over the Biden administration’s energy and climate agenda.

Still, all four committee leaders — including EPW Committee ranking member Tom Carper (D-Del.) — have bipartisan records, raising hopes among lawmakers and advocates that the panels will be actively producing legislation, even in a divided government.

"You’ve got four folks leading those committees that have all been pretty solid on infrastructure investments," said National Wildlife Federal President Collin O’Mara, who has been floated as a potential EPA administrator under President-elect Joe Biden (Greenwire, Nov. 9).

"I don’t think we’re ever going to reach a solution that doesn’t significantly invest in coal country," he said.

O’Mara pointed to Barrasso’s work on the "USE IT Act," S. 383, to boost carbon capture and sequestration and the America’s Conservation Enhancement Act, the bipartisan wildlife bill that became law last month.

Barrasso also led committee passage of a highway authorization bill that included a $10 billion climate title, though he has also faced years of criticism from green groups for stymieing efforts to address global warming.

"The Senate Committee on Energy and Natural Resources has a long history of strong bipartisan leadership and has served as an example for how the Senate can work when partisanship is not at the forefront," Manchin said in a statement.

"Senator Barrasso and I both come from states that are blessed with a wide array of natural resources, and I know that will serve as a basis for us to work together in the 117th Congress," he added.

The EPW Committee, meanwhile, could be busy early next year with highway infrastructure — potentially a major priority for the Biden administration.

Capito spokeswoman Kelley Moore said a five-year highway authorization bill will be a top priority for the West Virginia Republican, alongside water infrastructure and "continuing to address climate change."

Climate change "transcends EPW’s jurisdiction and Senator Capito has worked on several aspects of it, from 45Q to the ‘Clean Industrial Technology Act,’" Moore said in an email.

Capito is also active on per- and polyfluoroalkyl substances (PFAS) issues and has pushed for health studies and funding provisions to clean up the chemicals, which pollute drinking water and are tied to health problems, in the annual defense authorization bill.

Notably, she is one of two Republicans stonewalling the nomination of Nancy Beck, a former executive at the American Chemistry Council, to lead the Consumer Product Safety Commission because of Beck’s record on PFAS.

"On the regulatory front, Senator Capito is focused on providing regulatory certainty and making sure that the EPA meets statutory deadlines on things like the various [National Ambient Air Quality Standards]," Moore said. "She’s also focused on looking to appropriate water standards on emerging contaminants."

O’Mara, who would face a confirmation hearing in Capito’s committee if he was nominated, said the West Virginia Republican is "likely to be a great partner for Sen. Carper."

Lawmakers from coal states could also be inclined to work together on reclamation issues and clean energy investments in communities dependent on fossil fuels, he added.

"The level of bipartisanship on those two committees is arguably as much as anything we’ve seen anywhere in the entire Senate," O’Mara said.