Coal swoon felt in most states, except 2 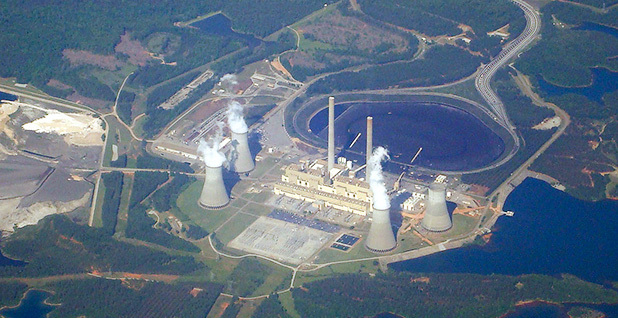 The swoon was particularly sharp in the Midwest and the Southeast. Six states — Indiana, Ohio and Pennsylvania in the Rust Belt and Alabama, Georgia and North Carolina in the South — accounted for "nearly half of the national decline," EIA said.

"This all makes a ton of sense to me; it’s not totally surprising," said Mike Ferguson, director of energy infrastructure ratings at S&P Global Ratings.

Brian Park, an economist at EIA’s oil, gas and coal supplies office, offered a similar explanation for the precipitous drop.

U.S. EPA’s Mercury and Air Toxics Standards and other environmental regulations shouldn’t be ignored as a factor squeezing coal use, Park said.

In Western and Rocky Mountain region states, where Park said natural gas pipelines aren’t as common as in the eastern United States, the decline has been much more moderate.

Emissions from the U.S. electricity sector account for about 30 percent of the country’s greenhouse gas emissions, making it the top emissions source, according to a recent EPA report.