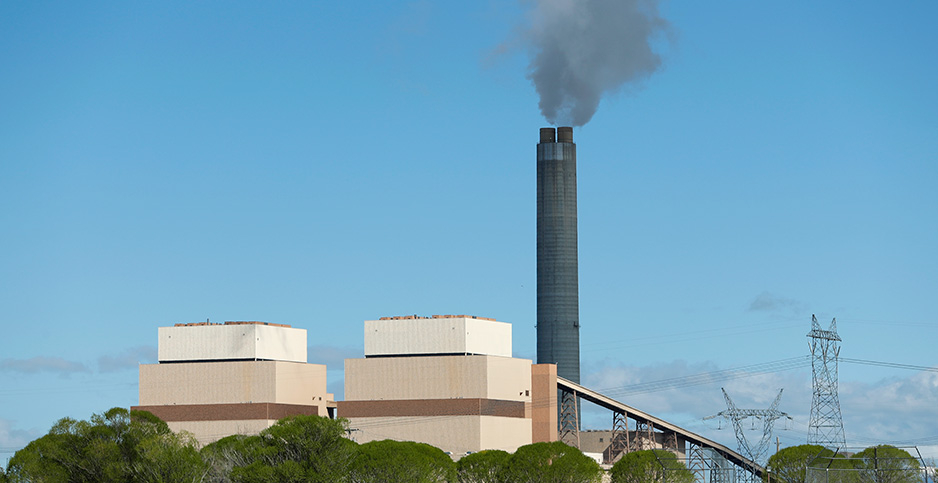 The coal-fired Intermountain Power Plant, operated by the Los Angeles Department of Water and Power, is pictured in 2016 outside Delta, Utah. It is one of several fossil fuel power plants run by LADWP that the utility is converting to run on green hydrogen. George Frey/Getty Images

A new partnership of energy companies and utilities is aiming to make Los Angeles the first green hydrogen "hub" in the nation by replacing approximately a third of the city’s natural gas with the carbon-free fuel by 2030.

The Los Angeles Department of Water and Power, the nonprofit Green Hydrogen Coalition and several companies announced the coalition this week to reach the 2030 target and bring down the cost of producing green, or carbon-free, hydrogen to $1.50 per kilogram by 2030. That would lower costs approximately 40% to 65% below current levels, according to some estimates.

The initiative comes as LADWP and elected officials in Los Angeles are targeting 100% clean electricity by 2035 for the city. Earlier this year, LADWP and the National Renewable Energy Laboratory released a report outlining the planning and procurement strategies needed to meet that goal (Energywire, March 25).

Produced through a process known as water electrolysis powered by renewable electricity, green hydrogen is a carbon-free gas that can store energy for several days or more. As LA derives more of its power from intermittent resources such as solar and wind farms, the city will need "thousands of megawatts" of stored electricity to maintain reliable power, said Martin Adams, general manager and chief engineer at LADWP, the largest public utility in the U.S.

"We’re looking to green hydrogen to be that solution for Los Angeles," Adams said.

With widespread use of green hydrogen currently inhibited by its high costs, the Biden administration has set a goal of making it less expensive than hydrogen produced from natural gas by 2030. Last year, BloombergNEF estimated that it cost between $2.50 and $4.50 worldwide to produce 1 kilogram of green hydrogen. At a price of $1.50 per kilogram, however, the gas would be competitive with some hydrogen produced from natural gas based on current prices.

LADWP and Tokyo-based Mitsubishi Hitachi Power Systems — which is also part of HyDeal LA — will use green hydrogen developed at a power plant in Utah to support the utility’s procurement goals, according to the announcement. In addition, green hydrogen will be produced in the LA area using excess renewable power in the state, Adams said.

California sometimes produces more clean electricity than is needed during the middle of the day when solar resources are strong, according to the California Independent System Operator. At the same time, the state experienced outages last summer when the demand for power exceeded the available supply, said Paul Browning, president and CEO of Mitsubishi Hitachi.

"That drives this idea that we need to be able to store renewable power for long periods of time," Browning said.

Beyond helping LA achieve 100% carbon-free electricity, the initiative could serve as a model for other cities and states pursuing similar decarbonization goals, HyDeal LA members said. Eventually, if enough of the gas is procured through HyDeal LA, it could be used to power airplanes at LA airports, said Maryam Brown, president of SoCalGas.

"What makes today’s event unique and brings us together is the fuel flexibility that hydrogen can bring to decarbonize both the electric and the industrial sectors," Brown said.

But the gas should only serve as a complement, rather than a replacement, for "proven solutions" to address climate change, said Rachel Fakhry, a policy analyst in the climate and clean energy program at the Natural Resources Defense Council, who is serving as an adviser to HyDeal LA. Nonetheless, the initiative will create a needed platform to discuss the role of green hydrogen in a clean energy economy and ways to lower its costs, she said.

"HyDeal LA is critical in starting to grease the wheels and help get us toward larger-scale deployment," Fakhry said.