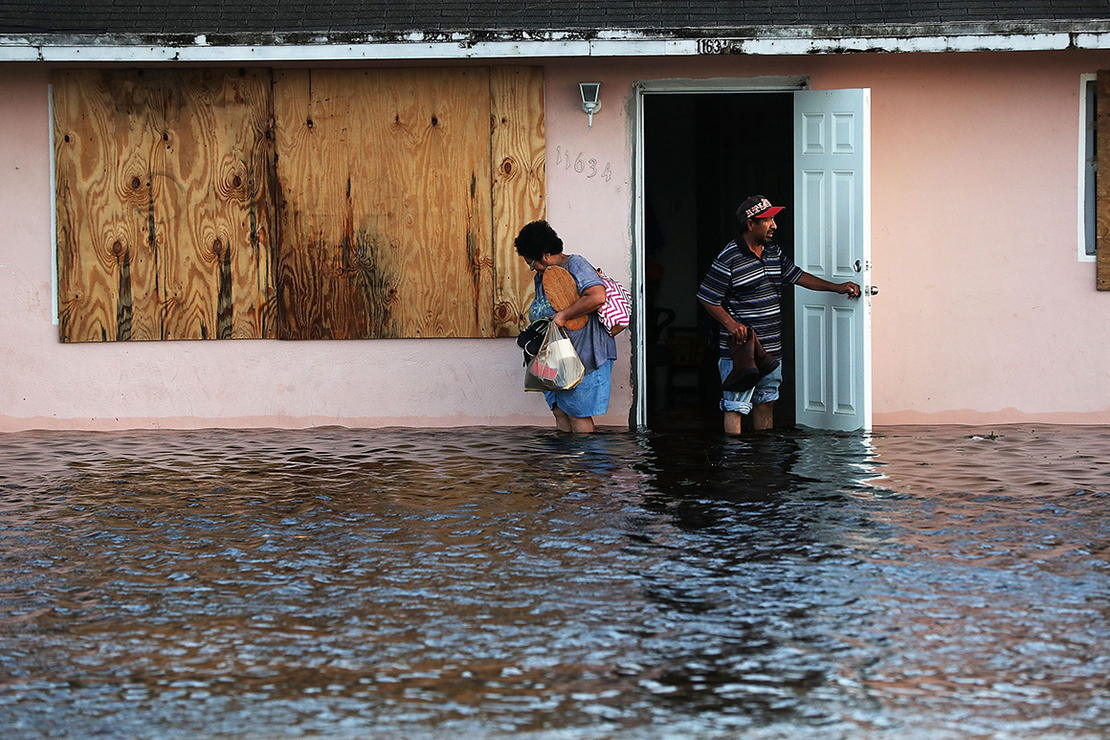 A couple leaves their Bonita Springs, Fla., home in September 2017 after Hurricane Irma swept through the area. Spencer Platt/Getty Images

The damage caused by hurricanes and flooding will likely soar over the next 70 years due to climate change and could cost federal taxpayers nearly $100 billion a year by 2100, according to a new White House report.

An analysis by the Office of Management and Budget shows that increasing damage from coastal disasters is the single most severe threat to federal taxpayers related to climate change.

“The fiscal risk of climate change is immense,” Candace Vahlsing, OMB’s associate director for energy and climate, and Danny Yagan, the office’s chief economist, wrote in a blog post accompanying a series of new reports on the federal budget and rising temperatures.

The reports include an analysis of four federal expenditures that are expected to increase due to climate change, and they project future costs under several climate scenarios. Under each one, coastal disasters account for at least 75 percent of the total costs.

Three other climate costs OMB analyzed — crop insurance, wildfire suppression and health care expenses — would cost between $4 billion and $34 billion a year. The costs are calculated using the value of the dollar in 2020.

The report notes that “there is still uncertainty in how climate change will affect the frequency of tropical cyclones, with many studies suggesting a decrease in global frequency.” But there is “some evidence that the frequency of the most intense of these storms will increase in the Atlantic and North Pacific,” OMB said.

The budget office warns separately about billions of dollars in damage to federal buildings located in areas with a 1 percent annual chance of being flooded. There are 12,200 federal buildings and structures, worth $44 billion in total, that would be inundated under a worst-case climate scenario.

The report also says that climate change will reduce federal revenue due to lower economic output, which will add “hundreds of billions of dollars to the federal deficit.” U.S. gross domestic product, currently $21 trillion, could fall by 3 to 10 percent.