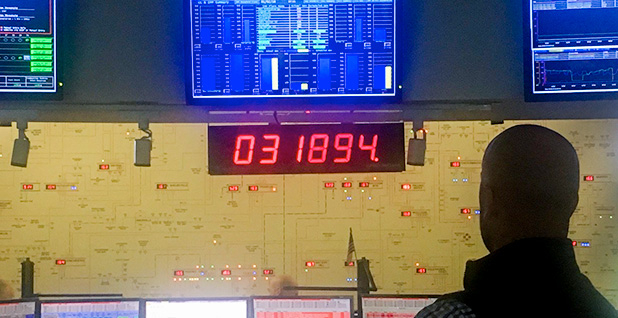 Frigid temperatures across the Southeast have led to record electricity demand and power outages as high usage and cold weather have started to stress mechanical equipment on the power grid, utilities said.

The Tennessee Valley Authority reported a peak demand of 31,790 megawatts at 8 a.m. yesterday, leading the public power utility to ask customers to curb electricity use. Spokesman Jim Hopson said TVA had an adequate reserve margin but wanted to ensure it would keep that through what is likely going to be a bitterly cold week.

Duke has enough resources to meet the high demand and hasn’t asked customers to watch their energy consumption, she said.

TVA reached peak demand when the average temperature across its seven-state territory was 11 degrees, Hopson said. That was highest peak demand on TVA’s system since the polar vortex in February 2015.

It was the 10th highest winter peak since the utility was formed in 1933, Hopson said.

More striking, however, was TVA’s peak for New Year’s Day. Demand reached 28,891 MW, which was slightly lower because businesses were closed for the holiday, but the total energy during the 24-hour period reached 652 gigawatt-hours.

That is the highest total energy use on any federal holiday in TVA history, Hopson said.

"And we weathered it all without any problems," he said.

Hopson said TVA credits that to its wide range of electricity options. At yesterday’s peak, TVA was getting 26 percent of its electricity from nuclear, 24 percent from natural gas and 21 percent from coal.

Roughly 12 percent came from a combination of hydropower and pumped storage. The rest largely came from long-term contracts, including some power that TVA needed to buy that day.

He expected yesterday to be another "top 10" day in terms of records based upon the weather forecast.

The four electric companies that make up Atlanta-based Southern Co. said they have not asked customers to curb their energy use. A number of Southern’s regulated electric companies are currently enjoying a healthy reserve margin largely because energy demand has remained flat.

The utilities have been working together, as expected, once forecasters started signaling a significant drop in temperature, a Southern spokesman said.

"There has been a high level of communication and coordination throughout the system and over the weekend to make sure our generation was prepared," said Schuyler Baehman.

Some electric cooperatives in Georgia and other states reported power outages, however. Jackson Electric Membership Corp. said high electricity demand led some of its fuses and transformers to break down yesterday.