Colo. may go all in on gambling to fund conservation 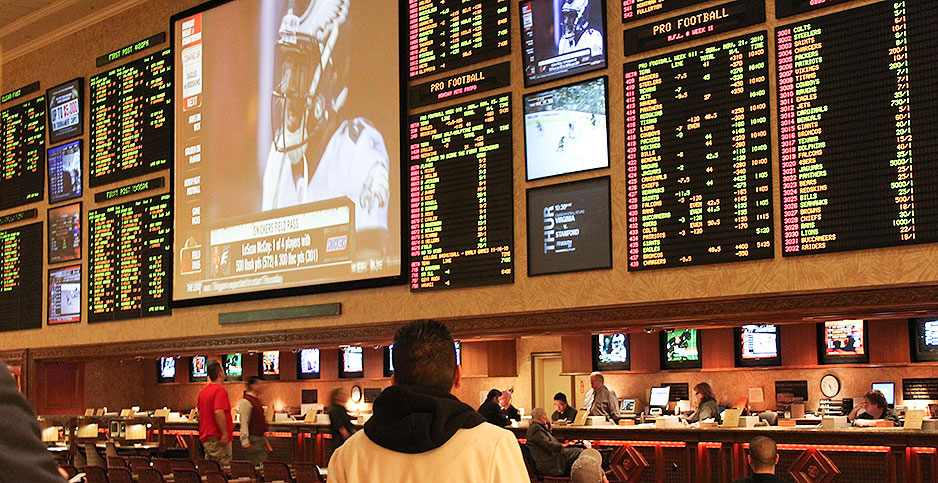 A ballot measure in Colorado could legalize sports gambling in the state. A tax on gambling proceeds would fund water conservation measures. Baishampayan Ghose/Flickr

Can sports gambling save Colorado’s water?

Gov. Jared Polis (D) and the state Legislature are betting it can. They have passed and signed a bill that puts the question of legalizing sports gambling to Colorado voters on a ballot measure this November.

Proposition DD would impose a 10% tax on gambling proceeds. A big chunk of that money would go to implementing the state’s water plan.

The measure has received scant attention, but it has sparked controversy in the environmental community — including charges that it greenwashes the politically and morally sticky gambling issue.

Backers say the revenues would help close a roughly $100-million-per-year shortfall in the water plan budget. And they note that there is precedent in the state for this type of measure: Revenues from the state lottery are used in wilderness and outdoor programs.

"The realities that Colorado’s budget is that it’s often hard to find dollars for projects that have the size and scope of water," said state Sen. Kerry Donovan (D), a sponsor of the measure. "This will give us an ability to build up financial resources to fund the water plan."

But Gary Wockner of Save the Colorado, which opposes the water plan generally, said linking the measure to sports betting is a political ploy.

"If you are going to greenwash sports betting," he said, "you make it about the water plan and you leave out two-thirds of what the water plan is going to do, which is dam and drain rivers."

Not all environmental groups oppose the effort as Wockner does, and some, including the Environmental Defense Fund, support it.

But further complicating matters is a new public education campaign aimed at raising awareness of water issues in Colorado. "For the Love of Colorado" went live last month and, like the ballot measure, explicitly supports the Colorado Water Plan.

But the campaign is not an official backer of the ballot measure and insists it is not supporting it — yet.

"The campaign is only about public education and not associated with the ballot measure," said Ted Kowalski, leader of the Walton Family Foundation’s Colorado River program, which is a supporter of For the Love of Colorado.

"We recognize that there is a measure on the ballot, but the Walton Family Foundation hasn’t had any conversation with the proponents of the measure."

Climate change is affecting Colorado’s water supply in a variety of ways, including decreased snowpack and increasingly frequent droughts.

The state’s water has outsize importance in the West. It is home to the headwaters of the Colorado River, which provides water to 40 million people.

Recognizing this, former Gov. John Hickenlooper (D), a current presidential candidate, in 2013 called for developing a comprehensive approach to water.

The Colorado Water Plan was finalized in November 2015. It found the state would be facing a roughly 400,000-acre-foot water shortfall by 2050. (An acre-foot is about 326,000 gallons.) The plan laid out an all-of-the-above approach to water conservation, management and infrastructure.

It carried a $20 billion price tag through 2050. Hickenlooper’s administration and regulators were able to come up with about $14 billion from water ratepayers and $3 billion through taxes on mineral leases on the state.

"The price tag for all types of Colorado water infrastructure — both environmental as well as dams, reservoirs and pipelines — totals way more than we have coming into the state Treasury every year," said James Eklund of the firm Squire Patton Boggs, who was the principal architect of the plan.

It’s been four years, and no one has come up with a way to fill that gap.

Part of the problem is that Coloradans have historically rejected revenue-producing tax measures. In 1992, voters approved the Taxpayer Bill of Rights, which required state and local governments to get voter approval for new taxes.

Repeatedly, such ballot propositions have failed, including seemingly noncontroversial measures like highway and education funding.

"Recent history says that if we throw something on the ballot just asking for a new infrastructure tax, there is very little chance it will be successful," Eklund said.

So, he added, backers "started getting creative, given the importance of Colorado’s Water Plan."

Even though he supports new funding measures to pay for the water plan, Eklund wasn’t directly involved in the legislative effort to get the measure on the ballot this year.

Brian Jackson of the Environmental Defense Fund was.

"A number of us — a broad coalition — have been thinking about funding in any way to close this gap," he said. "Money and water are both scarce in Colorado."

Noting that in 2018, the Supreme Court struck down a law that banned gambling in states, Jackson said they "saw the opportunity that there is new revenue to be had through a sports betting program."

The measure would legalize gambling at the state’s casinos as well as potentially online outfits, like DraftKings or FanDuel. Colorado would collect a 10% tax on proceeds, what the host makes after paying out winnings.

According to information provided by the governor’s office, the "majority" of the money would go to an implementation fund for the water plan. Some would go toward setting up a state gaming commission, and another slice would go to a program to address gambling addiction.

Still, questions about the measure remain.

For example, it is not entirely clear how those water plan funds would actually be spent and who would make spending decisions.

It is also unclear who would run the campaign to support the measure. No campaign has been registered with the Colorado secretary of state, even though the measure will be on the ballot in three months.

Proponents expect the sports betting industry to step up and fund a campaign, and some environmental groups, including EDF, are expected to support it. The goal of the campaign will be to cement in voters’ minds that the money from sports betting will go to water issues.

They will likely draw on the success of Great Outdoors Colorado, an initiative launched in 1992 that has spent $1.2 billion in proceeds from the state lottery on wilderness and recreation.

Backers predict sports betting could be a $100-million-per-year industry, potentially creating up to $10 million per year for the water plan.

Wockner, of Save the Colorado, has registered a campaign opposing the measure.

He casts the ballot measure as an attempt to force taxpayers to foot the bill for climate change and its impact on the state’s water supply.

"This referendum is an extreme assault on climate justice," Wockner said in an email. "It’s the fossil fuel corporations that have caused the damage — they should be taxed to pay for climate damage, not the citizens of Colorado."

Jackson, of EDF, said the state — and voters — must do something to address the water and budget shortfall. The ballot measure aims to fill that gap.

"We have to figure out a way to close the supply-and-demand gap in a way that protects and keeps Colorado the Colorado we know and love," he said, "with healthy rivers, clean drinking water and abundant recreation."