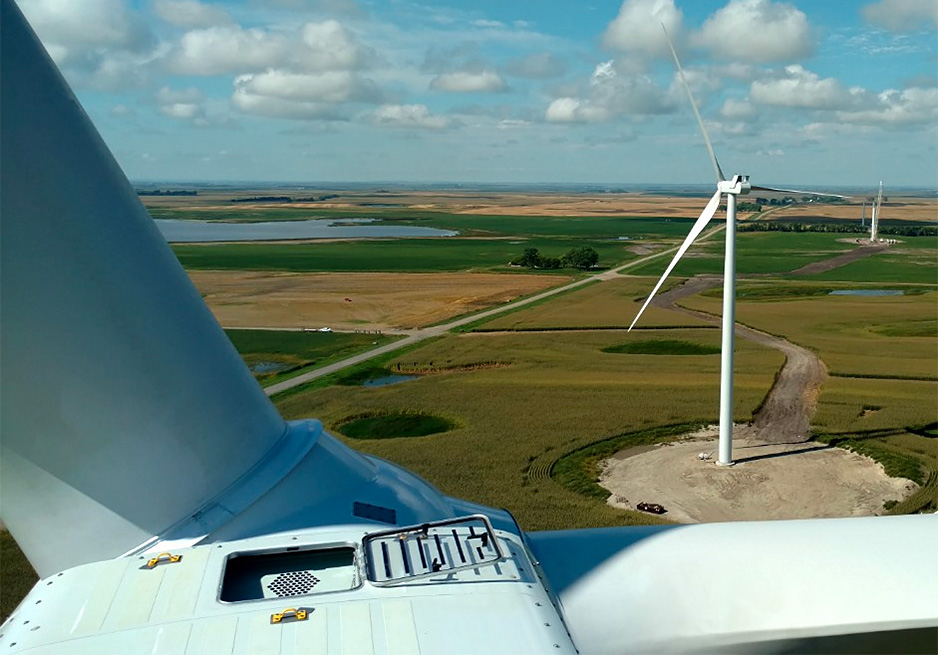 Colorado’s power sector aims to surpass the state’s emissions reduction goals and end the burning of coal earlier than expected.

The state’s utilities have submitted plans to ramp up renewables, shutter coal plants and decrease demand in accordance with a 2019 state law. That law sought to reduce the state’s greenhouse gas emissions — when compared to 2005 levels — by 90 percent by 2050 for the state and by 80 percent by 2030 for the power sector.

With many utility plans approved — and the state poised to sign off on the plan of its largest utility, Xcel Energy — Colorado officials say they’re ahead of the already ambitious pace set three years ago.

“Given the decision we anticipate on Xcel’s plan, I think we can confidently state that … we will exceed our goal,” Will Toor, executive director of the Colorado Energy Office, said in an interview. That, he added, is “a really important signal that we have the ability to make a very rapid transition to much cleaner electricity generation,” especially in light of the Supreme Court ruling last week limiting the federal government’s greenhouse gas regulation powers (Energywire, July 1).

The 2019 law required the state’s two largest utilities, Xcel and Tri-State Generation and Transmission, to submit plans to meet reduction goals. The Public Utilities Commission has already approved a proposal from Tri-State to reduce emissions 80 percent by 2030, retiring all of its coal units by the end of the decade.

The Commission will now turn to Xcel’s plan to reduce emissions by 85 percent of 2005 levels by 2030. Crucially, that plan would close the Comanche 3 coal unit — scheduled to be the last coal-fired unit in the state — by Jan. 1, 2031, three years earlier than was proposed in a 2021 settlement. PUC commissioners voted last month to support the early closure and are expected to formally approve the plan sometime this month.

“We’re showing that states can be innovative, even states in the western U.S. that have historically made very heavy use of coal,” Toor said. “For a state that’s a major producer of oil and gas to lead on the electricity transition, it really provides an example that utilities and states can learn from.”

He added that Xcel’s plan highlights a just transition for the community of Pueblo, which hosts the Comanche 3 plant. Under the plan, Xcel will continue to make property tax payments through 2040 and will help support a clean energy industry in the community.

The plans of smaller utilities and co-ops do not have to go through the PUC, as they are voluntary. Last week, the Colorado Air Pollution Control Division verified such plans from three utilities: Platte River Power Authority, Colorado Springs Utilities and Holy Cross Energy.

Platte River Power Authority — which serves the towns of Estes Park, Fort Collins, Longmont and Loveland — submitted a plan reaffirming an existing commitment to cut emissions by at least 90 percent by 2030, compared to 2005 levels. It aims to achieve those cuts by integrating new renewables and battery storage and closing the Rawhide Unit 1 coal plant.

Colorado Springs Utilities, which serves more than 600,000 people, pledged an 80 percent reduction by 2030, in large part by retiring two coal-fired power plants, the Drake plant and the Nixon plant. The Drake plant phased out coal in 2021 and is installing natural gas units, while the Nixon plant will be fully retired by the end of the decade.

Holy Cross Energy, a co-op serving 43,000 members in several mountain communities, has one of the state’s most ambitious plans, promising a 100 percent emissions reduction by 2030. The plan was verified for a 99 percent reduction in that time frame through the purchase of new renewable energy generation, the sale of a share of a coal plant and demand-response programs.

The three utilities are granted safe harbor from potential air commission regulations through 2030, although they are subject to oversight of their energy plans.

‘A promise instead of a plan’?

The big question for environmentalists, however, is how those plans will be executed and enforced. In comments filed on the three voluntary plans, a coalition of environmental groups raised concerns about a lack of detail — and how that could blunt the reductions.

Ellen Kutzer, senior staff attorney for Western Resource Advocates, said her group felt that the approval process for the plans did not create sufficient accountability.

“We want to see the state have a clear, transparent accounting mechanism to show us those emission cuts are real and verifiable,” said Kutzer. “If the exchange the state is giving for certifying these plans is that they’re not going to regulate these utilities for eight years, it’s really important that the commitments are verifiable.”

In their comments, for example, environmental groups pointed to a section in the Colorado Springs Utility plan that says the utility will get 27 percent of its generation by 2030 from a source only identified as “new non-carbon generation TBD.” That lack of specificity — which does not match any resources in the utility’s Electric Integrated Resource Plan — means Colorado Springs submitted “a promise instead of a plan,” said Sierra Club senior attorney Matthew Gerhart.

In an interview, Colorado Springs Utilities spokesperson Steve Berry said the language was written with flexibility in mind.

“We are going to reach that goal, but we don’t want it dictated to us in a way that wouldn’t be efficient for our customers or our system,” he said. He added that the “safe harbor” offered by the state from regulation would help encourage more flexibility in technology use as the two coal units are retired.

Environmental groups also point out that Holy Cross Energy plans to sell an 8 percent stake of the Comanche 3 coal plant to wholesale energy provider Guzman Energy and marked those emissions as a reduction in its clean energy plan. Those emissions — estimated at more than 188,000 tons of carbon dioxide per year — will still enter the atmosphere, environmental groups say, and shouldn’t be credited as a reduction for Holy Cross, especially if the utility purchases any of that power. Guzman Energy has not filed a voluntary clean energy plan.

In a written response to the comments, Holy Cross wrote that it is “eminently clear” that it will not use any Comanche 3 energy after the sale, adding that Holy Cross and Guzman will develop new wind energy resources to replace the coal power.

In an interview, Toor of the Colorado Energy Office said the legislation dictating the process purposely focuses on emissions related to retail electricity distribution, rather than generation.

“If Guzman sells to any end user in Colorado who has a clean energy plan, those emissions would be tracked through that clean energy plan … and would be captured as part of their emissions,” he said, adding that overall, he is “very confident” that the plans will be fully tracked and executed.

The state will track emissions and require updates on utilities’ progress every year, explained Josh Korth, a unit supervisor for technical support and state implementation plans for the planning and policy program at the Colorado Air Pollution Control Division. Utilities that fall behind their submitted plans will be required to rewrite their energy plans, making up for the difference and committing to even deeper cuts.

Kutzer said that despite her concerns, the utilities should be applauded for their filings. The process, she said, could be a model for other states.

“We live in a really exciting time where technology is on our side and utilities are being clever in the ways they plan and utilize resources in ways that allow for greater penetration of renewables,” Kutzer said. “This is definitely not without its challenges, and we will be doing everything we can to make sure this is done properly. But it’s encouraging to see that this is technologically possible.”